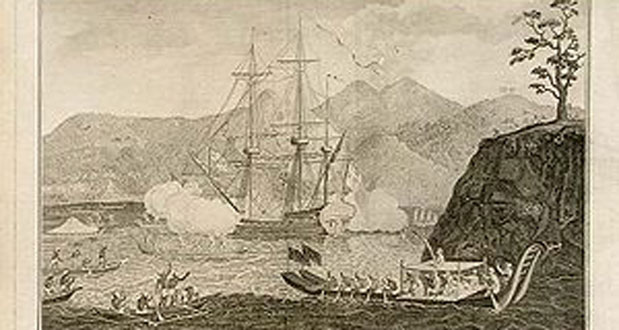 1. English sailors on the HMS Dolphin in 1766 discovered that native women on islands would trade sex for iron, and began pulling nails out, causing loss of the ship’s structural integrity. – Source

2.  The Eruption of Krakatoa was so loud that it ruptured the eardrums of sailors over 40 miles away, killed over 36 thousand due to the eruptions and subsequent tsunamis. – Source

3. A sailor who wishes to grow a beard in the Royal Navy has to submit a “permission to stop shaving” form. He is then allowed two weeks to “grow a full set” before he presents himself to the Master at Arms who will decide if his beard looks stupid or is respectably full enough to be permitted. – Source

4. Finnish people were believed to be able to control the weather. This resulted in a reluctance to accept Finnish Sailors aboard ships from the Vikings all the way until the 1900s. – Source

5. Sailors considered black cats good luck and would use them as “ship’s cats” in hopes of a safe voyage. – Source

6. The navy is now teaching sailors Celestial Navigation as a response to potential cyber attacks to ship navigation systems. – Source

7. The term “groggy” comes from either the British or American Navy. These sailors drank Grog, which was a mix of rum, water, and citrus juice, which was used to fight scurvy. Someone who is dazed or sleepy might feel as if they have had too much grog, making them “groggy.” – Source

8. When a U.S. Navy ship returns from deployment the first sailors allowed off the ship are sailors whose wives gave birth while they were away. – Source

9. In 2002, while returning to the U.S., the USS John C. Stennis aircraft carrier stopped in Australia, where the sailors wore out the local sex workers to the point the brothel had to close down temporarily. – Source

10. Fearing rogue Kamikaze attacks, U.S. Navy Admiral Halsey informed his sailors of the end of hostilities in the Pacific with this message: “Cessation of hostilities. War is over. If any Japanese airplanes appear, shoot them down in a friendly way.” – Source

11. Teddy Sheean was an Australian sailor during WWII, who during the sinking of the HMAS Armidale and after being shot by a Japanese Fighter plane, strapped himself to an anti-aircraft gun and covered the evacuation of the ship’s crew until he and the ship submerged. – Source

12. Sailors aboard submarines work 6-hour shifts so that it is easier for them to give their undivided attention to the equipment they operate during a shorter shift. The military also switched submarines from an 18-hour work day to a traditional 24-hour one, improving morale significantly. – Source

13. In the 1500s, British sailors would receive rations of rum as partial payment. To ensure the rum wasn’t watered down, they would measure the proof by dousing gunpowder with it, and then test to see if the gunpowder would ignite. The gunpowder would only ignite if the rum was >57% alcohol by volume. – Source

14. A monkey’s fist knot is used as the weight in heaving a line between ship and dock. Recognizing their potential, drunken sailors began using them as melee weapons in street and bar fights with the knot eventually being adopted by street gangs of the 19th century. – Source

16. Poon Lim, a Chinese sailor survived for 133 days alone in the South Atlantic, using methods such as capturing a shark and drinking the blood from its liver to survive. – Source

17. In 1998, a U.S. Navy warship became dead in the water after the Navy opted to run the ship on Windows NT 4.0 instead of a more fitting OS. A sailor unknowingly divided by zero, causing an overflow error and killing the entire ship. – Source

18. The golden circle on the flag of Portugal represents an armillary sphere, a nautical device used by Portuguese sailors exploring unknown seas during the Age of Discoveries.- Source

19. When sailors in the Navy pass over the equator for the first time, there is a “Crossing the Line” ceremony and the sailors receive the title “Shellbacks” and “Sons of Neptune.” They get a certificate and its “signed” by Davy Jones and Neptune. – Source

20. A British sailor in WWII escaped his submarine from depths of 171 feet and managed to get to the surface and survive. – Source 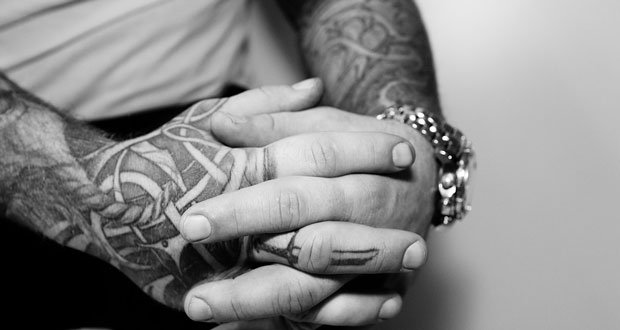 21. Tattoos among sailors became popular in order to help Americans prove their ID to avoid impressment into the Royal Navy. They also helped to identify bodies lost at sea. – Source

22. Larry Lemieux, a Canadian sailor at the 1988 Olympics, was about to win a silver medal when he abandoned the race to save two other competitors who had capsized. He was given the Pierre de Coubertin Medal for sportsmanship. – Source

23. To ensure sailors’ safe passage to the afterlife, Romans placed coins under ship masts during construction. This practice is still used in modern shipbuilding to ensure good luck. – Source

24. In 1120 drunk sailors crashed a ship carrying the sole male heir to the English throne, leading to his untimely demise and inciting 20 years of civil war. – Source