26. William Adams, an English sailor, was the first Englishman to set foot in Japan and was one of few Westerners in history to have been a Samurai. – Source

27. The word “strike” as in a labor stoppage borrows from the practice of 18th Century British sailors who would strike or lower their ship’s sails and not raise them again until they’d been paid. – Source

29. In 1795, nearly one-sixth of the entire U.S. federal budget was sent to Algeria as a ransom for 115 American sailors captured by pirates. – Source

30. It was common for sailors to wear gold earrings so that in the event of their death and the body washed up on shore, the earring would serve as payment for a “proper Christian burial”. – Source 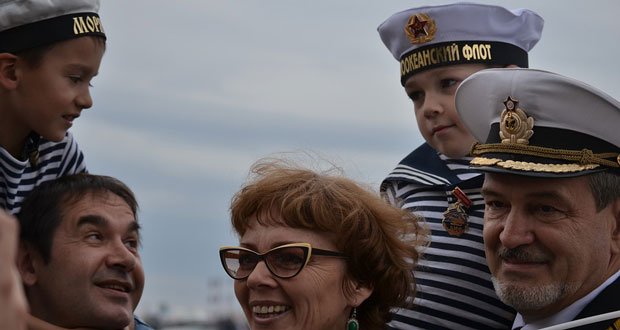 31. The idiom “When my ship comes in” originated with sailors’ wives who promised to pay off debts when the sailors’ ships returned to port. – Source

33. 3 sailors were trapped in the wreckage at Pearl Harbor for 16 days before they suffocated. Bystanders could hear them but were unable to help them. – Source

34. More than a hundred American and German sailors died in a naval confrontation in the Samoas in 1889, despite neither side firing a shot. The captains on both sides refused to show weakness by taking steps to prepare for an oncoming hurricane. – Source

35. Some mines are set to explode in response to changes in magnetic and acoustic fields. Sailors on minesweepers are not allowed to have wire coat-hangers because they could kill their magnetic signature and set off a mine. – Source

37. Sailors had crossed the Equator by 425BC and reported they’d seen the Sun switch sides in the heavens. Writers like Herodotus thought they were making it up. – Source

38. The first U.S. Warship to be named after a black man was named in 1943 for sailor Leonard Roy Harmon. Harmon worked serving food to officers, one of the few jobs available to black sailors. At the battle of Guadalcanal, however, Harmon deliberately exposed himself to enemy fire to save a shipmate. – Source

39. The goat is the Navy mascot partly because sailors used to leave goats on remote islands to propagate and become a source of food for passing ships, a practice which caused long-standing environmental issues due to the introduction of an invasive species. – Source

40. The worst shark attack in human history occurred in 1945 after the USS Indianapolis was sunk in the Pacific. As many as 150 sailors waiting to be rescued were killed by sharks. – Source