1. The town of Dull in Scotland has been twinned with the town of Boring, Oregon since 2012. In 2013, the town of Bland, Australia joined them in what has become known as the ‘Trinity of Tedium’. – Source

2. An intricate, 300-year-old map of the world was discovered wedged into a chimney in Aberdeen to stop a draft. It was delivered to the National Library in Scotland for painstaking restoration. – Source

3. Some areas in Scotland switched to blue street lights at night and saw a decrease in crime and suicide rates. – Source

4. Operation Vegetarian was a 1942 plan by the British military to drop linseed cakes infected with anthrax on German fields where they would be eaten by cows and thus infect the civilian population that ate them, the test site in Scotland remained uninhabitable until the 1990’s. – Source

5.  “Towser,” a long-haired tortoiseshell female cat, is credited with killing an estimated 28,899 mice in 24 years of work as the resident pest control expert at Glenturret whiskey distillery in Scotland. Guinness Book of Records recognizes her tally as the world record. – Source

6. A popular dish in Scotland is a frozen pizza folded in half, dipped in batter and deep-fried. It is usually served with salt and vinegar. – Source

7. In 1348, the Scots invaded the English because they were weakened by the plague. The Scots subsequently caught the plague themselves, went back to Scotland, and killed their own population. – Source

8. The longest echo ever recorded in a man-made structure was set in an underground fuel depot constructed in Scotland before WWII when a blank was fired from a pistol it lasted 112 Seconds. – Source

9. The first recorded utterance attributable to a native of Scotland was made when a Roman lady criticized the sexual morals of Caledonian women, and a Caledonian woman replied: “We consort openly with the best of men while you allow yourselves to be debauched in private by the worst”. – Source

10. People lived in caves in Scotland until 100 years ago when it was outlawed. – Source

11. Despite billions of pounds worth of being printed and used every year, there is no legal tender paper money in Scotland, even Scottish bank notes are not legal tender in Scotland. – Source

12. All Olympic curling stones are made of a rare type of granite that is only found on a tiny island in Scotland. – Source

13. The king of Scotland sent two boys to be raised by a mute woman on an island, to try and discover if language was innate or learned. – Source

14. Medical students in 18th-century Scotland could pay their tuition fees in corpses. – Source

15. The infamous Red Wedding, from G.R.R. Martin’s “A Storm of Swords”, was inspired by real-life events which took place at Edinburgh Castle in 15th century Scotland, known as “The Black Dinner”. – Source

16. When Germany beat England in a game of football ferry workers in Scotland let any car with German license plates go for free. – Source

17. The town of Larkhall, Scotland, hates the color green so strongly that their Subway is painted black instead. – Source

18.  Scotland is actually the intellectual birthplace of the modern world. Craig Ferguson made a joke about the Scottish Enlightenment and suggested doubters look it up. Turns out the Scots were at the forefront of the Enlightenment. – Source

19. Scotland once tried to become a colonial power. The colony failed so spectacularly that it became a large factor in Scotland becoming part of the United Kingdom. – Source

20. In 1836, a group of young boys discovered a group of 17 miniature coffins buried in a cave outside Edinburgh, Scotland. The coffins contain tiny dolls, each individually dressed, and the coffins all differ in their decoration. No one knows who buried them, when, or why. – Source 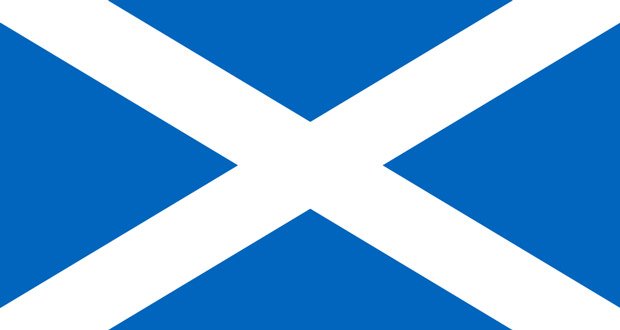 21. There is about 2 times as many people of Scottish ancestry living in the United States and Canada compared to Scotland. – Source

22. There is an Island off of Scotland where wallabies have happily inhabited and adapted to the climate there since the 1940s. – Source

23. There is a private garden in Scotland based almost entirely on fractals and mathematics. – Source

24. The Scottish parliament and the Tourist Board of Scotland in 2007 spent £125,000 coming up with the slogan “Welcome to Scotland”. – Source

25. The same castle in Scotland was used as Winterfell and throughout Monty Python and the Holy Grail. – Source