September: the month when you feel the first cool breeze followed by an iconic transition into fall. This month may lack major holidays, but it’s still packed with interesting facts that most people don’t know about. Plus, you’d be surprised to find out that there are some fun holidays scattered throughout the ninth month of the year. Read on to learn 10 fun facts about the month of September!

1. The Word September Comes From The Roman Calendar

The name “September” comes from an old Roman word, “septem,” which actually means 7. Isn’t September the 9th month of the year? Yes, that’s right, when we’re referring to the modern-day US calendar year. In the Roman calendar, at the time the term was coined, it was the 7th month.

2. September Is The Month Of Fire

Another interesting fact about the Romans: They believed that September was looked after by the god of fire. So they always expected fires and volcanic eruptions to occur during this month.

3. The Month With The Most Letters

Out of all 12 months of the year, September is spelled with the most letters. It contains nine letters, and it happens to be the ninth month of the year. No other months have the same amount of letters as their number in the calendar year.

The birthstone for September is the sapphire, which is found in many different colors but is most well known for being a bright, vivid blue color. The sapphire is known for representing wisdom, good fortune, truth, and power. 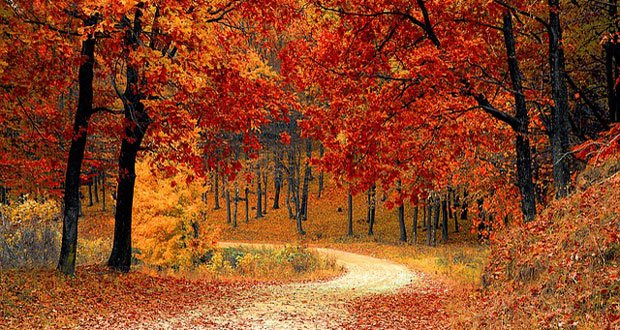 September has a little-known holiday that carries significant meaning to it. September 17th is observed as Constitution Day, which marks the day that the U.S. Constitution was adopted.

7. There Are Plenty Of Popular Tunes With “September” In The Title

Over 10 songs have “September” in the title. Songs like “Wake me up when September ends,” by Greenday as well as “September of my years” by Frank Sinatra are all part of this list.

September may not have any major U.S. holidays, unlike the months that follow it with Halloween, Thanksgiving, and Christmas; however, it does have a few fun, little-known holidays. Among these are National Grandparent Day, National Cheese Pizza Day, and National Drink-a-Beer Day.

9. September Is Known As Harvest Month

As the weather begins to cool, it takes longer for vegetable crops to harvest in September. Since the weather isn’t frigid yet but it is beginning to cool, especially in Northern regions, vegetables can be planted in September as long as they are cared for properly. It’s a great month to harvest in preparation for the coming winter months. In fact, in Old England, it was called Haervest-monath, meaning Harvest Month. Some of the best crops to harvest are onions, apples, raspberries, and tomatoes.

Zodiac signs in September are split between Virgo (August 23 – September 22) and Libra (September 23 – October 22). Virgos are known for being loyal and practical. They are typically thoughtful, analytical people who sometimes come off as cold, but it’s only because they’re taking a methodical approach to friendship (like most aspects of their lives). Libras are a little different, whose main characteristics include being diplomatic and fair. They like harmony, hate being alone, and always strive for peace and justice in the world.