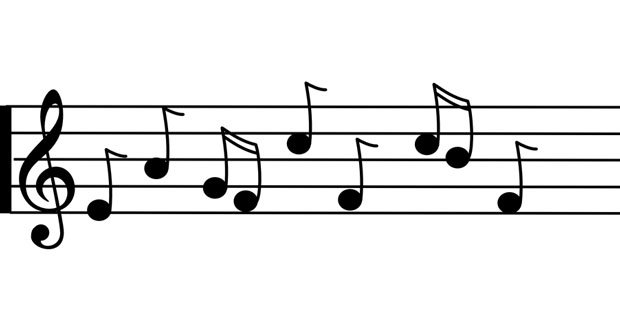 1. Eminem’s song “Lose Yourself” was the first rap song to win an Oscar for Best Original Song, but Eminem did not even watch the awards because he did not think he stood a chance at winning. Instead, he fell asleep watching cartoons with his daughter. – Source

2. Mozart disliked performer Adriana Ferrarese del Bene, who was known for nodding her head down on low notes and raising her head on high notes, so much, that he wrote a song for her to perform that had lots of jumps from low to high just so he could see her head “bob like a chicken” onstage. – Source

3. The Beastie Boys won a lawsuit against a company for the unauthorized use of their song “Girls” and had the $1 Million settlement donated to a charity supporting education for girls. – Source

4. Eminem set the Guinness World Record with “Rap God” for most words in a hit single. The song has a record-breaking 1560 words in 6 minutes 4 seconds and averaging 4.28 words per second. One section of the song features 97 words in 15 seconds at 6.5 words per second. – Source

7. The USSR had a televised song contest. Since few people had phones, viewers would turn their house lights ON if they liked a certain song (OFF if they didn’t). The state energy co. recorded the size of each power spike & reported the results to the station to determine points for each contestant. – Source

8. As the artists showed up to participate in recording “We Are the World”, Stevie Wonder informed each of them that if the song was not finished in one take, he and Ray Charles would be driving everyone home. – Source

10. “The Guardians of the Galaxy” soundtrack album reached number one on the U.S. Billboard 200 chart, becoming the first soundtrack album in history consisting entirely of previously released songs to top the chart. – Source

11. The song “Red Red Wine” was written by Neil Diamond in ’67. The band UB40 covered it in ’83 in a light reggae style and it reached #1 on the Billboard 100. Diamond has stated that it is one of his favorite covers and he often performs the song in the UB40 style instead of the original version. – Source

12. Madonna leaked a fake version of her album to pirates where every song was a loop of her saying “What the f*ck do you think you’re doing?” Then a hacker posted the real songs on her own site for everyone to download. – Source

13. There was a song written in the 1630s that was performed only in the Sistine Chapel. The Vatican kept the composition of the piece secret for 150 years until the 14-year-old Mozart listened to the piece two times, transcribed it from memory, and produced the first unauthorized copy of the song. – Source

14. The reason Top 40 has specifically forty singles is that standard jukebox machines held 40 songs at that time. – Source

15. “Prisencolinensinainciusol” is an Italian pop song consisting of Gibberish and meant to sound like how English sounds to non-English speakers. – Source

17. After Paul McCartney dreamed the melody to “Yesterday” and woke up thinking he subconsciously plagiarized the song, he would play a demo to other bands to make sure the song wasn’t theirs. – Source

18. “Weird Al” Yankovic wrote an original song called “Dare to Be Stupid” in the style of DEVO. Devo’s Mark Mothersbaugh: “I was in shock. It was the most beautiful thing I had ever heard. He sort of re-sculpted that song into something else and… I hate him for it, basically.” – Source

19. Gangsta’s Paradise is one of the few Coolio songs to not feature profanity because it was the only way Stevie Wonder would authorize the sampling of his song “Pastime Paradise”. – Source

20. Michael Jackson composed songs despite not playing any instruments. He would build each element of a track with his voice, so pitch-perfect that studio musicians could match chords to his singing. – Source

21. A couple sued AC/DC in 1981 for $250,000 because their telephone number is in the song “Dirty Deeds Done Dirt Cheap” resulting in hundreds of prank calls. – Source

23. “Weird Al” Yankovic was able to hold the note at the end of the Spy Hard theme song without needing to loop it. – Source

24. When a childhood friend, Amy Wadge, couldn’t afford to pay her mortgage, Ed Sheeran let her co-write “Thinking Out Loud,” so she could get paid for it. The song has been streamed more than half a billion times on Spotify alone, and it eventually went three times platinum in the UK. – Source

25. When Weird Al Yankovic did a parody of Nirvana’s song, “Smells Like Teen Spirit,” (which is called “Smells Like Nirvana) Nirvana lead singer Kurt Cobain considered the parody as a sign that they had “made it” as a band. – Source

March 19, 2018
Latest Posts
Subscribe to Blog via Email
Did you know?
Loading...
Facts of the Day
Registration is disabled.