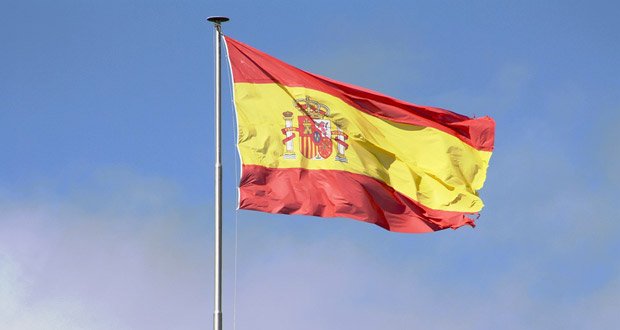 22. The first postage stamp to depict a nude woman was printed in Spain in 1930, in commemoration of Goya’s painting ‘La maja desnuda’ (the nude maja). In the same year, the United States government barred and returned any mail bearing the stamps. – Source

23. Spain has a land border with Morocco, as it stills has sovereignty over two small coastal cities in North Africa, Melilla and Ceuta. – Source

24. A school in Spain offers professional courses in pr*stitution, including positions, history, and laws concerning the trade. – Source

25. Spain started a war with Peru and Chile in 1864 by taking over an Island for its strategic source of Bat Feces, which was an important ingredient for gunpowder. – Source

26. After the La Tomatina, the annual tomato-throwing festival held in Bunol, Spain, the village cobblestone streets are pristine due to the acidity of the tomatoes disinfecting and cleaning the surfaces. – Source

27. If your property is foreclosed in Spain, you will have to work for the bank to pay off your loan. – Source

29. Spain was the first country to make use of Concentration Camps and by doing so caused the deaths of over 225,000 Cubans in an 18 month period. – Source

30. Archaeologists have found the remains of what appears to be a family group of 12 Neanderthals in Spain who were killed, butchered, and cannibalized by other humans about 42 000 years ago. – Source

31. In Spain, it is a tradition for hunters to kill their Spanish Greyhound hunting dogs at the end of the hunting season. Young healthy dogs are hung, shot, maimed and/or strangled and left to die. – Source

32. There is an airport in Spain, opened in 2011, that has never been used. Costing 150 million euro’s, it is now a symbol of wasteful spending. – Source

33. “Entroido” is a festival in Spain, where Medieval tax collectors run in the streets with burning hay as people throw dirt at them. The town gathers in the center to throw flour and ants at each other, followed by a man with cows head used to lifts women’s skirts, among other things. – Source

34. Throwing a live goat off the top of a church was a tradition in Spain until it was banned in 2002. – Source

35. Spain is the only country that has been a permanent guest at every G20 summit, but they have a government’s policy to not request official membership. –Source

36. Molotov cocktails were designed and used in Spain, and only named as such when the Finns copied the idea in the Winter War. – Source

37. The small city of Almeria, Spain, which was dry and desert-like just 35 years ago, now produces more than half of all Europe’s fruit and vegetables using imported soil, hydroponics and the largest collection of greenhouses on Earth. – Source

38. Corona beer in Spain is branded “Coronita”, meaning little corona, as a renowned winemaker, Bodegas Torres owns the trademark for “Coronas” since 1907. – Source

39. There’s a street in Spain in honor of the band AC/DC. The street’s name plaque would constantly get stolen by fans, forcing the Municipality of Leganes to paint the sign and begin selling replicas. – Source

40. Almost 94 percent of all euro notes in circulation in Spain contain trace amounts of cocaine. – Source

June 21, 2017
Latest Posts
Subscribe to Blog via Email
Did you know?
Loading...
Facts of the Day
Registration is disabled.