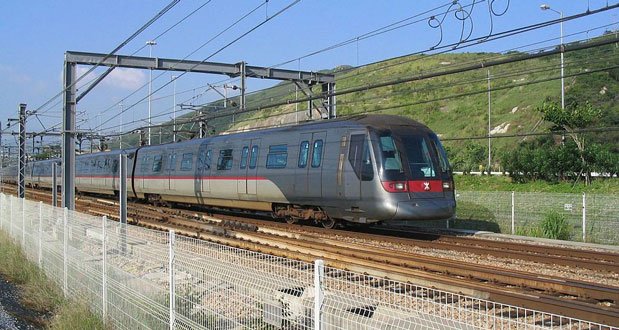 1. Hong Kong has one of the world’s most efficient subway systems with a 99.9% on-time rate and the entire system is managed via an AI. – Source

2. At one of Tokyo’s busiest train stations, a rail line was converted from an above-ground line into a subway. There were zero service interruptions. The lowering of the rail line’s tracks into its subway position was done in one night, during its normal service off hours lasting ~4 hours. – Source

3. There is an abandoned subway station under City Hall in New York that no train stops at but that you can see in passing if you take the number 6 train. – Source

4. Due to a compressed air leak, a worker in a subway tunnel under New York City’s East River was blown out of the tunnel, through the mud at the bottom of the river, up through the water, and 25 feet or so into the air. He received no serious injury. – Source

6. The city of Cincinnati, Ohio has a subway system that was built, never used, and left abandoned. – Source

7. The oldest subway tunnel in the world has had its only entrance welded shut, and it contains a 100+-year-old steam engine. – Source

8. China’s subway beggars have designed a system that governs which turf they get to work. Greenhand beggars who intrude on lines reserved for the disabled or elderly get a beating. – Source

9. Half the DNA on the NYC Subway matches no known organism. – Source

10. There is a gigantic gap in wealth in two consecutive NYC subway stops. The area around the Fulton Street station on the A/C line has a median income of $62,927; around Chambers St, the next stop, the income is $205,192. Chamber St area is highest in the system; Sutter Ave ($12,288) in Brooklyn is lowest. – Source

13. The small town of Laon had a 3 stop subway line that was less than a mile long and was shut down due to high maintenance costs. – Source

14. Cities in Greece struggle to build subway systems because they keep digging up ancient ruins. – Source

15. There was an experiment on the NY subway where seated passengers were asked: “Excuse me, may I please have your seat?” 56% of them moved. – Source

16. There is still a subway station that hasn’t reopened since 9/11. – Source

17. The Beijing subways are allowing travelers to use plastic bottles as a form of payment to encourage recycling. –
Source

18. A 16-year-old Brooklyn teen pretended to be a subway conductor and drove a train for over 3 hours before getting caught. – Source

19. There’s a subway ticket machine in Moscow that accepts 30 squats as payment. Installed ahead of the 2014 Sochi Olympics to “bring sports to the people”. – Source

20. Japan and other countries have women-only sections in subways to control and avoid groping activities from men. – Source

21. The New York City Subway still operates several train cars constructed in 1964 in regular service. This specific model owes its longevity to its superior durability, craftsmanship and structural quality. Retired cars from this model are shipped out to the Atlantic Ocean for artificial reefs. – Source

22. In the 1970s, the New York City subway was the most dangerous subway system in the world. It averaged 250 felonies a week. – Source

23. The U.S. Capitol building has its own subway system, with three lines moving Congressmen, Senators, and staffers between the various office complexes. – Source

24. Seattle was given nearly a billion dollars in the 60s to build a subway system but never did after the voters voted against it. – Source