1. The Japanese considered raw salmon dangerous since Pacific salmon was prone to parasites. Norway had too much salmon and decided to focus on teaching Japanese consumers that Atlantic salmon was safe to eat raw. It took ten years for Salmon sushi/sashimi to finally become popular. – Source

2. Wasabi was originally eaten with sushi to kill bacteria and parasites in the fish. Now with better sanitary conditions it’s not needed and eaten just out of habit. – Source

3. The pickled ginger served with most sushi is meant to cleanse your palate between different pieces and can be offensive to the chef if used as a topping. – Source

4. In 2013, a genetic test of fish in restaurants and supermarkets showed 84% of Sushi restaurants in the US mislabeled and replaced tuna with Escolar, a fish known to cause prolonged, uncontrollable oily an*l leakage. – Source 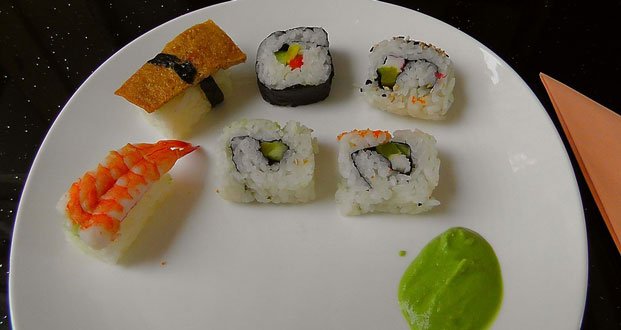 6. Sushi is meant to be eaten by hand, rather than with chopsticks. – Source

7. The reason sushi with cucumber is often called something with “kappa” is that there is a Japanese mythical creature called Kappa, which lives in ponds and likes cucumber. – Source

8. Sushi was originally a preservation method for the fish. Only later did people come to eat the rice. – Source

9. There is a company in Vancouver that provides sushi served on nude female models. The rules are no talking to the model, no touching the model, and no lewd gestures or comments. – Source

10. There are transgenic fish used in sushi to make it glow. – Source

11. Ikizukuri is a form of sushi where the fish is scaled, filleted, and served alive. – Source

12. Uni served in sushi restaurants are gonads, the only edible part and fivefold, of a sea urchin. – Source

13. The spicy sauce you eat on sushi is just mayonnaise mixed with sriracha. – Source

14. Eighty-six-year-old Jiro Ono is considered to be the world’s best sushi chef. Customers make reservations at his Tokyo restaurant, Sukiyabashi Jiro, up to a year in advance. His rice is described as a cloud that explodes in your mouth. He also holds the Guinness World Record for being the world’s oldest three-Michelin star chef. – Source

15. The most expensive price ever for a sushi-grade bluefin tuna was $1.8 million for a 222-kilogram fish in Japan. Over 80% of the world’s declining tuna stock is eaten by the Japanese. – Source 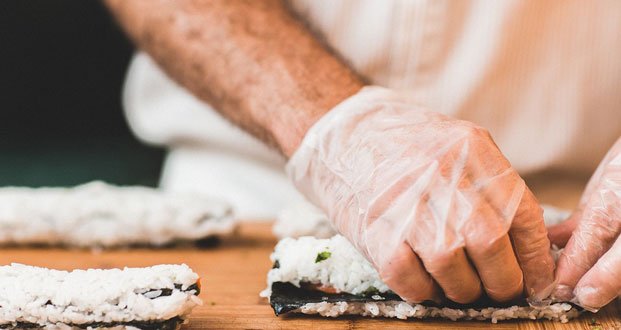 17. Jeremy Piven was diagnosed with mercury poisoning because he ate sushi at least twice a day for 20 years. – Source

25 Uplifting Headlines of the Week - Part 56