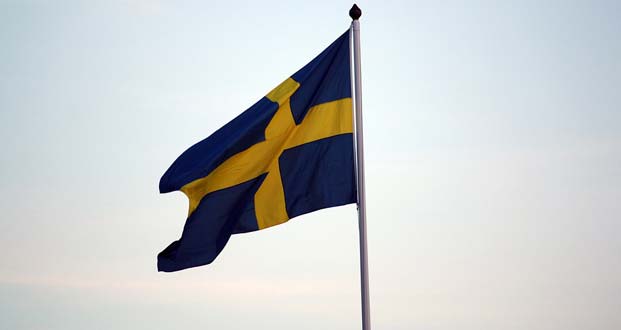 21. Sweden and Finland are the only countries in the world that have earned a medal at every Olympic game since 1908. – Source

22. The official Twitter account of Sweden is given to a random citizen every week to manage. – Source

23.  The word ‘Third World’ has little to do with how poor a country is. Sweden is also considered to be Third World country. – Source

24. Ore trains in Sweden traveling down to the coast generate five times the amount of electricity they use, powering nearby towns and the return trip for other trains. – Source

25. After French soldier Jean Bernadotte showed kindness to a few Swedish soldiers, he became so popular in Sweden that the Swedes decided to make him their King when a vacancy came up, despite him never having set foot in Sweden before. The House of Bernadotte rules Sweden to this day. – Source

26. Coca-Cola sales in Sweden often drop more than 50% during Christmas, due to the tradition of drinking Julmust. – Source

27. The only stuffed blue whale in the world is at the Natural History Museum in Sweden. The public was allowed to enter it up until a couple was found having sex inside it; now its jaws are opened only for special occasions like Swedish election days. – Source

29. Swedish Navy detected underwater sounds suspected to be hostile Russian submarines in the 80s. The suspicion escalated to a diplomatic conflict between Sweden and Russia. It turned out later that these sounds came from fish farts, a discovery which led to the Ig Nobel Prize. – Source

30. In October of 1981, a Soviet Whiskey-class submarine ran aground on the south coast of Sweden. This incident became known as “Whiskey on the rocks”. – Source

31. The oldest living tree is a Norway Spruce in Sweden which is approximately 9550 years old. This would make it around 3000 years older than the invention of writing. – Source

32. Sweden has the largest scale model of the solar system in the world. It is on the scale of 1:20 million and stretches 950 km across the country. – Source

32. Nicorette was created in Sweden for submariners who couldn’t smoke on board. – Source

33. From 1934 to 1976, Sweden forcibly sterilized over 62,000 people, mostly ethnic minorities such as Gypsies, as well as rebellious young people. – Source

34. There is a “moose test” in Sweden, which requires all cars to be able to evade a moose without flipping, should one suddenly appear on the road. – Source

36. In 1967 Sweden switched from left-hand driving to right-hand driving. All vehicles had to come to a complete stop at 04:50, then carefully change to the right-hand side of the road and stop again before being allowed to proceed at 05:00. – Source

37. In Sweden, your car headlights have to be on at all times when driving, even in broad daylight. – Source

38. A city in Sweden uses light therapy in bus stops to combat depression during winter when 19 hours of the day are darkness. – Source

40. Sweden warrantlessly wiretaps all telephone and internet traffic that cross its border. – Source