The tiny landlocked nation of Switzerland is known for its beauty, landscape, cheese and above all as a financial haven. But we won’t be talking about these already known facts. Here are 30 Interesting Facts About Switzerland. 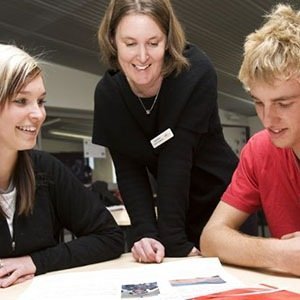 2. In Switzerland, it is illegal to deny that the holocaust happened. – Source

3. Switzerland is unique for having enough nuclear fallout shelters to accommodate its entire human population. – Source

4. In Switzerland, it is illegal to keep just one guinea pig. You got to have them in pairs – Source

5. Men in Switzerland are required to keep the firearms they are issued during their military service at home even after they leave the military to prevent any home break ins and to have the countries men ready to mobilize in the event of a threat. – Source 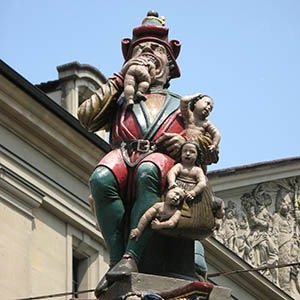 6. There is a 500-year-old statue of a man eating a sack of babies in Bern, Switzerland, and nobody is sure why. – Source

7. A Swiss Jeweler made a $68 million ring that was made entirely out of diamond. – Source

8. One of Switzerland’s main defense strategies is to demolish every main access into the country via roads, bridges, and railways. There are at least 3,000 locations currently prepared to blow at a moment’s notice in case of an attack. – Source

9. In Switzerland, a group of citizens may challenge a law passed by Parliament, if they are able to gather 50,000 signatures against the law within 100 days. A national vote is scheduled where voters decide by a simple majority whether to accept or reject the law. – Source

10. Assisted suicide is legal in Switzerland. It is also legal in Belgium, Luxembourg, Netherlands, and three American states (Oregon, Washington, and Montana). – Source 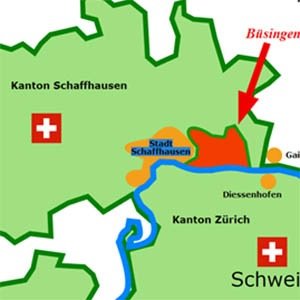 11. The German township of Büsingen am Hochrhein is entirely surrounded by Switzerland. – Source

12. Switzerland claimed neutrality during WW2 and therefore thousands of people deposited their hard-earned money in Switzerland. When the depositors died, the relatives were denied any access to their funds, funds that the banks continued to make interest off. They also funneled hundreds of millions into Nazi Germany. – Source

13. There has been an ongoing research in Switzerland about using LSD to alleviate end of life anxiety for terminally ill cancer patients coping with their impending deaths. The preliminary results from the study are being deemed “promising”. – Source

14. Switzerland has no single Head of State. It instead has a seven-member executive council, which serves as the Swiss collective head of state. – Source

15. About 56% of Electricity generated in Switzerland is from hydroelectricity and another 39% from nuclear power, resulting in a nearly CO2-free electricity-generating network. – Source 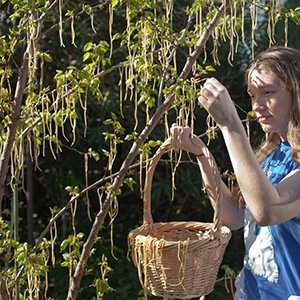 16. The BBC pulled an April Fools prank, duping hundreds of thousands of individuals into thinking spaghetti was annually harvested from “spaghetti trees” in Switzerland. – Source

17. There is a political party in Switzerland, called the “Anti Powerpoint Party”. It works towards decreasing the use of Powerpoint in professional presentations. – Source

18. A lawyer in Switzerland represents animals in court. He has even prosecuted a fisherman for taking too long to catch a Pike. – Source

19. Switzerland is abbreviated to ‘CH’ because of its Latin name, ‘Confoederatio Helvetica.’ – Source

20. Switzerland, which is often praised as a model for direct democracy, did not grant women the right to vote in any of the elections until 1990. – Source 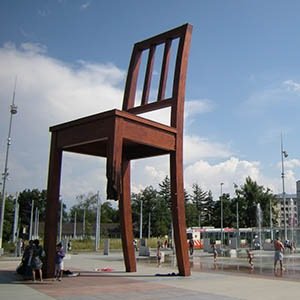 21. There is a giant three-legged chair in Geneva, Switzerland dedicated to the opposition of use of landmines. – Source

22. The country of Liechtenstein is so small that in 2007, Swiss troops accidentally invaded it after getting lost in a rainstorm – Source

23. Charlie Chaplin’s corpse was stolen by a small group of Swiss mechanics in an attempt to extort money from Chaplin’- Source family. After retrieving his body, he was reburied under 6 feet (1.8 m) of concrete to prevent further attempts. – Source

24. Amongst industrialized nations, Switzerland has one of the highest rates of gun ownership, but has nearly half the rate of gun-related deaths that the United States has. – Source

25. There was a war in Switzerland in 1802 called Stecklikrieg that was fought out with wooden clubs because Napoleon took away their weapons. – Source 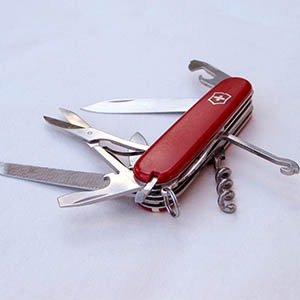 26. The Swiss Army Knife’s corkscrew tool is not made in Switzerland, but in Japan. All other parts are pure Swiss-made. – Source

27. The Swiss version of Santa Claus is normally accompanied by a very strange-looking individual with a blacked out face, whose job is to beat naughty children with sticks. The guy’s name is “Schmutzli”, which roughly translates to “Dirty” – Source

29. The first ever youth hostel, established to protect the travelers from bandits, has been operating in the Swiss Alps for nearly 1,200 years. – Source

30. Dalai Lama owns the smallest vineyard in the world, which is located in Switzerland. It consists of only three vines and has an area of 1.67 meters squared. – Source