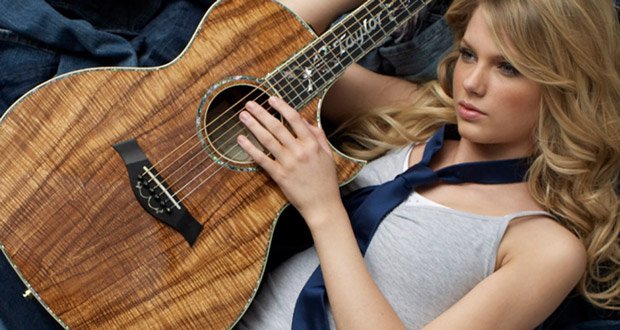 1. Taylor Swift was born into wealth. Her father is “a descendant of three generations of bank presidents” and worked for Merrill Lynch. At the age of 14, her family moved to Nashville where her father purchased a stake in Big Machine, the label to which Swift first signed. – Source

2. In 2012, when Taylor Swift held a public vote for where she would visit and perform free concert 4chan users voted for a children’s school for the deaf and won the vote. – Source

4. In 2014, Taylor Swift accidentally released 8 seconds of white noise on iTunes for $1.29. It became #1 in Canada almost immediately before being removed. – Source

5. The same man is responsible for the popularity of Taylor Swift, the Backstreet Boys, N Sync, Britney Spears, and, Katy Perry. – Source

6. A few years after the Lostprophet’s disintegration as a band following the lead singer’s sentence for paedophelia, they uploaded a song to Soundcloud called “I knew you were trouble”. It was the original version sung by Taylor Swift. It was removed a few days later by SoundCloud. – Source

8. Taylor Swift once made a rap video together with T-Pain: “Thug Story”. – Source

10. Taylor Swift owns the rights to the phrase “This Sick Beat”. – Source

11.  When Taylor Swift was sued for plagiarizing Shake It Off, the court’s dismissal was written using lyrics from Swift’s songs, such as “..the Complaint has a blank space..” – Source

12. Taylor Swift learned how to play the guitar from a guy who originally came to fix her computer. – Source

13. In 2014, Taylor Swift removed her music from Spotify because “music should not be free.” – Source

14. Imogen Heap and Ryan Tedder (One Republic) were some of the composers for Taylor Swift’s 1989 album. – Source

15. Out of all the teams that play at Staples Center in Los Angeles, Taylor Swift received a banner before The Clippers. – Source