Who doesn’t know about author Neil Gaiman? One of the authors of Good Omens (a new TV show and famous book), Sandman, American Gods, and many others. Well, here are ten fun facts you probably didn’t know about the world famous author…

His punk band was the Ex-Execs. They were offered a record deal but they passed on it because “it was engineered to screw us over,” as he said.

2. Neil Has A Talking Cat

Fred, his cat, talks. “I’ve never had a talking cat before. He wanders around the attic saying things like ‘Hullo…’ and ‘Mimi.’ Well, the ‘hullo’ is more like ‘hurro,’ but it’s still quite off-putting if you aren’t used to it,” Neil said.

3. Neil Believes That Books Have Genders

“Book have sexes; or to be more precise, books have genders. They do in my head anyway. Or, at least, the one I write do. And these are genders that have something, but not everything, to do with the gender of the man character of the stories,” Neil said. “Stardust, on the other hand, is a girls book, even though it also has an everyman hero, you Tristran Thorne, not to mention seven Lords bent on assassinating each other. The Day I Swapped My Dad For Two Goldfish is a boys book. Coraline… it a girls book.” 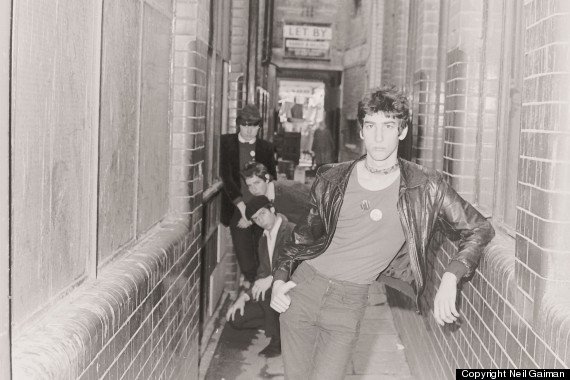 “Five Rats in all, a demon rat, a wizard rat, an angel rat, a vampire rat and… a Neil rat. Well, he’s wearing dark glasses and a leather jacket and is sitting on a copy of the Arabian Nights. He looks sort of scruffy, so I’m pretty sure that’s he’s me. They were a gift Lisa Snellings, who tells me that she’s doing the me-rat as a CBLDF benefit, in a limited edition of 500.”

According to what Hayley Campbell told HuffingtonPost, Neil loves cooking crumble. “He’s a great cook. If you’re ever in a house with Neil Gaiman, ask him to make you a crumble. It will take absolutely no convincing.”

They started their own called Metro. They interviewed Moorcock for it. “Neil still remembers Moorcock’s expression when he opened the door to see 15-year-old kids who weren’t cool enough to change out of their school uniforms first,” said Hayley. 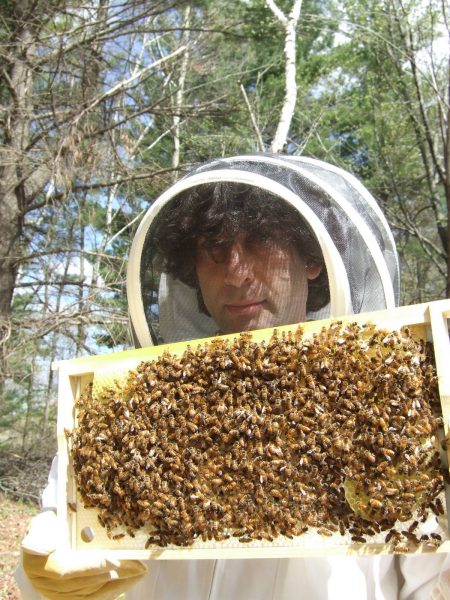 7. Ocean at The End Of The Lane Started As A Short Story

Neil originally wrote the story for his wife, musician Amanda Palmer, who was away recording an album. But as he wrote the story, “it took a life of its own,” he said. “I’d get up every day and go: ‘well it’s got to be finished by the end of the week, hasn’t?’ And then the end of the week would happen and I was going, ‘ Well, it’s not a short story, it’s obviously a novelette.” And then  I thought, ‘Well, it’s not a novelette, it must be a novella,’ and I did a word count and I went, ‘Bloody hell, this thing’s 56,000 words, that’s a novel. Not a long novel, but it’s a novel.’

8. As A Journalist, Neil Wasn’t Just A Faceless Journalist

“I think it’s got to be those wonderful, witchy vampire ladies who leave their bottom half behind and fly off trailing entrails and suck your life out with their incredibly long tongues. I don’t dare say their name because I will always get it wrong, but it’s them,” Neil said when asked by BuzzFeed.

Neil does attend to the haves when he has the time, but he official bird keeper is Sharin Stiteler. You can find out about her story at SunSet.com.