26. The largest pyramid in the US and 6th largest in the world is a bass pro shops mega shop in Memphis, Tennessee. – Source

28. The largest underground lake in the U.S. is in Craighead Caverns in Tennessee. The lake was discovered by a 13-year-old boy who was playing in the cave. – Source

29. The capital of Tennessee, Nashville, has the highest Kurdish population in the United States and even has a Little Kurdistan. – Source

30. Chattanooga, Tennessee is the only city in the U.S. to have its own typeface. Chatype is used as a “civic uniter” and was kickstarted to avoid bureaucratic processes. – Source 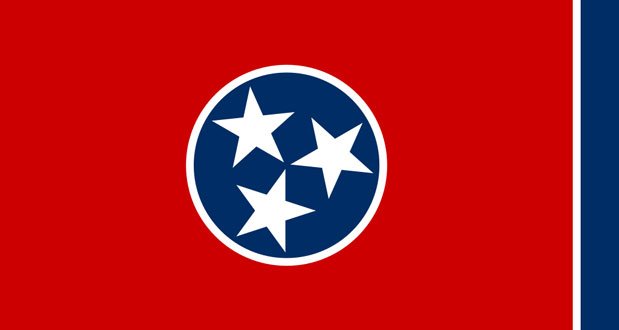 31. The three stars in the center of the Tennessee flag represent the three Grand Divisions, which are each about one-third of the state and are geographically, legally, culturally, and economically distinct from each other. – Source

32. There’s a crime museum in Tennessee and they have a car owned by Ted Bundy, a car owned by John Dillinger and the Ford Bronco owned by OJ Simpson. – Source

33. Jonesborough, the oldest town in Tennessee, is home to the International Storytelling Center, which holds the annual National Storytelling Festival in October. The festival has been drawing people from around the world for over 35 years. – Source

34. In Tennessee, you can vote with an expired license or ID. – Source

35. The town of Fraterville, Tennessee lost all but three of its adult male population in a single accident, the 1902 Fraterville Mine Disaster. – Source

37. The world’s first self-service grocery store was opened in 1916 in Clarksville, Tennessee by entrepreneur Clarence Saunders. Until the launch of his Piggly Wiggly store, goods were behind counters and had to be picked by staff. – Source

38. There is a place named nameless in Tennessee, USA. – Source

39. Over 100,000 residents of Confederate states served in the Union Army during the Civil War; 42,000 came from Tennessee alone. – Source