As a follow up on part 1 describing the history of the lightsaber, this part will be about all the (known) variations of the basic lightsaber design. Enjoy! 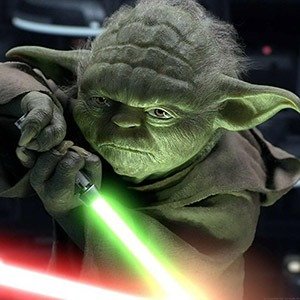 More commonly referred to as just ‘Shoto’, it was essentially a shortened version of the regular lightsaber, intended for use as an off-hand weapon for those Jedi (or sith) who wanted to employ the Jar’kai technique. It’s smaller size meant less weight, which made it easier for the user to employ acrobatic feats in their combat style.

But, next to being a secondary, the blade is most often used by those whose small stature made wielding full sized lightsabers impractical, or, in some cases, impossible.

Notable wielders of the shoto as secondary weapon include Ashoka Tano and Luke Skywalker, while most Jedi of the Yoda-species chose to wield the shoto as their main weapon.

02. The guard shoto, sometimes referred to as the lightsaber tonfa

A variation of the standard shoto design, the guard shoto featured a secondary handle angled 90 degrees from the main hilt. As such, they were meant to be used by holding the second handle. Because the main hilt would be parallel to the forearm, it could easily be used for blocks. Hence why it was recommended to construct the hilt out of a lightsaber-resistant material such as phrik alloy.

Only two users are known to have used them: Maris brood, the informal padawan of Jedi Master shaak ti and the non-forcesensitive twi’lek bodyguard Sinya. 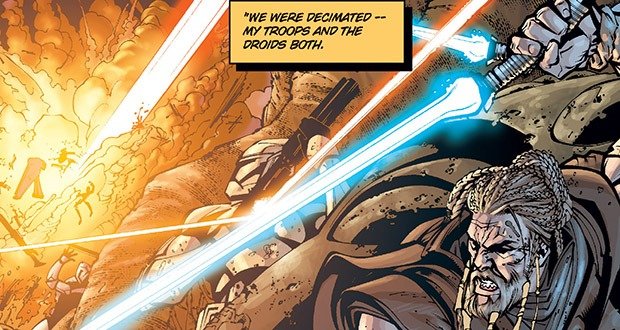 An extremely rare variant only seen in the hands of the most skilled of weapon masters. It featured a secondary emitter at a 90 degree angle from the main hilt, which project a small thin blade which was intended for use as guard for the hand, but could also be used as some form of dagger.

The only person who is known to have used it is the Jedi Master Roblio Darté, who wielded it during the clone wars.

04. Double crossguard Lightsaber (Disclaimer, this does not appear in the EU, so its description will be based of speculation) 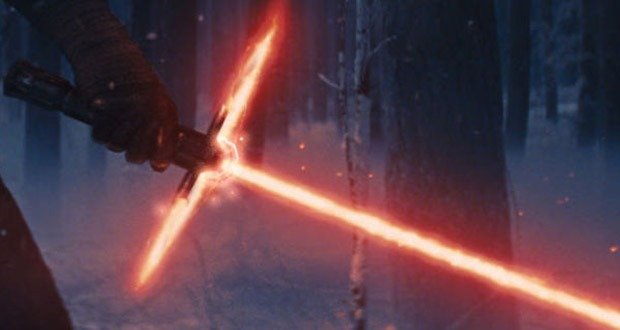 The double crossguard lightsaber featured two, instead of one, secondary emitters at a 90 degree angle from the main hilt. An arc of energy can be seen to go from the main blade to the secondary emitters, allowing for protection of the side-hilts during combat. The side emitters use would most likely be to guard the wielders hand, instead of a possible second weapon (like the single crossguard saber).

Only one user is known to wield it: the dark jedi Kylo Ren 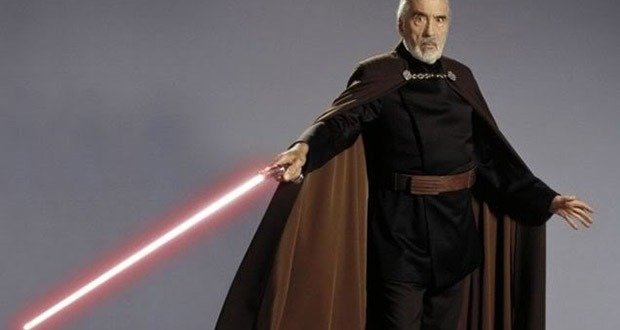 This particular saber was primarily used by those who employed dueling-centric makashi style, the second form of classical lightsaber combat, hence why it is often referred to as the dueling saber. The amount and the degree of the curve would be tailored to the specific needs of its user. It might seem that the angled placement of the power cores and emitters could provide a problem, but that mostly wasn’t the case.

Notable users of the curved-hilt saber were mostly Sith, Sith acolytes or Dark jedi such as Darth tyrannus (Count dooku) and his informal apprentice Asajj ventress. 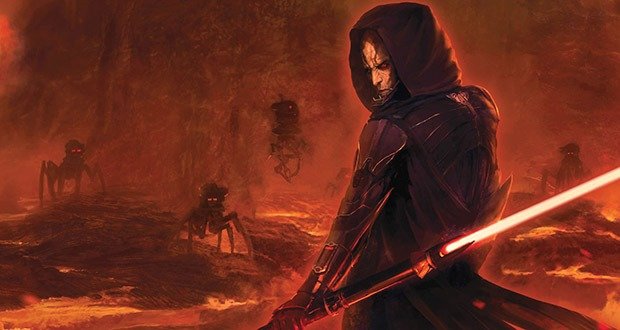 It was a minor alteration of the basic lightsaber design, with the hilt being 3 to 4 times longer than a regular hilt. This added surface required a very specific fighting style from the wielder. It was easy to swing around the body, using joints of the body as levers.

Notable users include Darth Chratis, during the cold war, and Darth Nihl, from the One Sith. 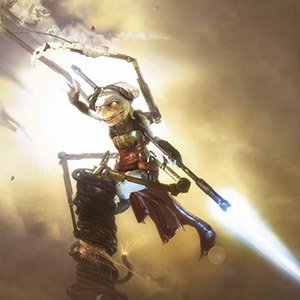 Resembling a pole-arm in many ways, the lightsaber pike featured a hilt of up to two meters in length with a short and rather thick blade. The long handle would either be made from the lightsaber resistant phrik alloy or cortosis, so that it couldn’t be cut in two while in combat. Its purpose was to provide increased range in close combat.

Many of the Jedi temple guards used pikes, aswell as the Emperor’s shadow guards. The only real Jedi to have used it was the reclusive Jedi Master Kazdan Paratus 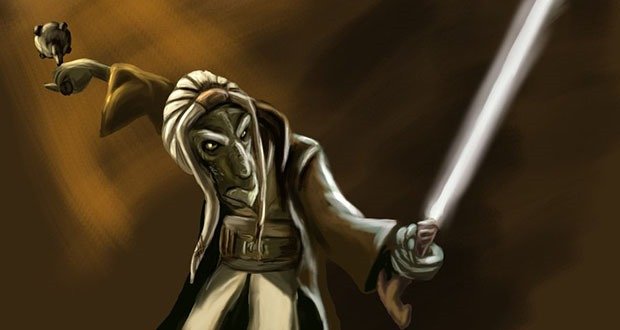 The sabercane was a regular lightsaber concealed as the head of a cane. In combat, the handle would be detached from the body of the cane and wielded normally.

09. The lightsaber of the War Dragon Riders 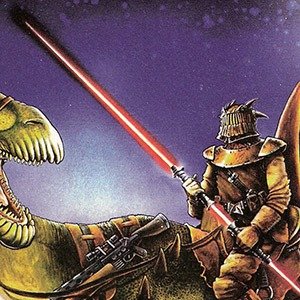 This is an odd one. The saber could be classified as a saberstaff, with two blades on each side, but it also featured a third blade which connected the two separate hilts together. It is not known to have been used in combat nor are there any known warriors who wielded them. 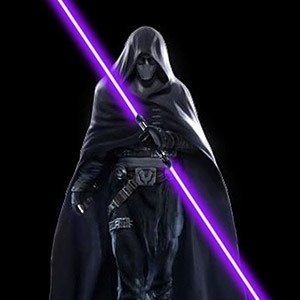 While most lightsabers featured a built-in length adjust, dual-phase lightsabers allowed for rapid transitions between two sets of preset lengths. The dual-phase lightsaber was originally conceived early in history, being used for the purpose of lightsaber dueling. The most common usage at the time would be to switch between a standard length and one of increased length as a surprise tactic during lightsaber duels. In more contemporary times, however, it is more common to have the secondary length be shorter for precision cutting. 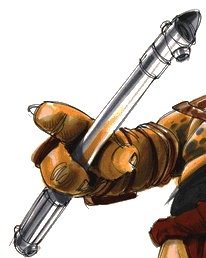 The polar opposite of the shoto, the lightclub featured a grossly oversized hilt and blade, to accommodate for large species such as wookies and Gammoreans. 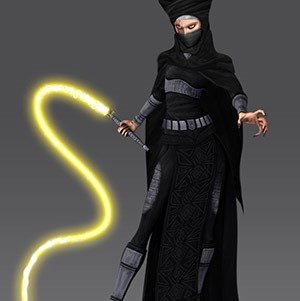 Lightwhips were exotic variations on the typical lightsaber that saw only rare usage. Like a lightsaber, it emitted a coherent beam of energy, but instead of a straight meter-long blade, it was several meters in length and flexible. Most lightwhips were produced by emitters extended from the hilt. The energy field was then created around the solid emitters. Wielded in a whip-like manner, they were used to attack opponents at a range and provide an element of unpredictability in combat. However, they were significantly weaker than standard lightsabers, and their blades were ineffective defensively. Most people going up against a foe with a lightwip used a shoto in their offhand as primary defense.

Users include the Sith lord Githany, Dark lady of the Sith Lumiya and the Dathomirian witch Silri. 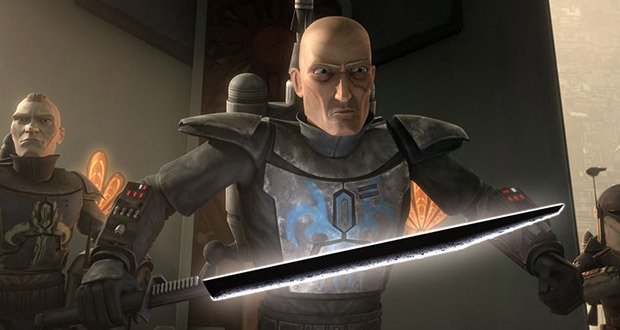 The Darksaber was an ancient, black-bladed lightsaber. Unlike most other lightsabers, the Darksaber’s blade was nearly flat, thin, and curved to a point more typical of a metallic sword. The black core of the blade appeared to draw in all surrounding light and color, leaving a faint white, electrical aura along its edges, it hummed with a higher-pitched whine than its more common lightsaber counterparts when the blade was active, and made a sound like a whistle when it was swung. Once held by the Jedi Order, during a period of collapse in the Galactic Republic’s power, the Darksaber was stolen by members of the Mandalorian warrior clans.

The Darksaber has been owned by Tor vizsla, Pre vizsla and Darth Maul, all of whom used it in combat.