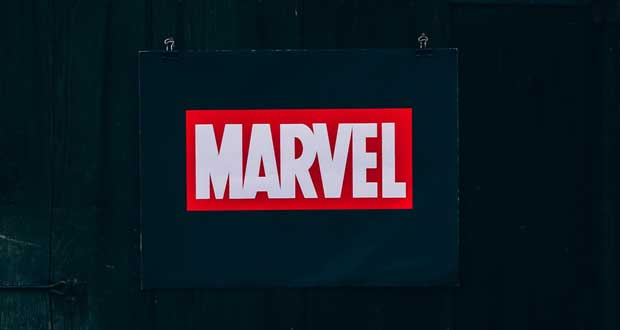 If you’ve been watching the Marvel Cinematic Universe movies, you’ve been introduced to some weird characters. Meanwhile, the Guardians of the Galaxy have a talking raccoon who loves explosives and guns, and a space ent named Groot whose vocabulary consists of three words. In the animated feature Into the Spiderverse, we were introduced to some even weirder heroes, like the very Looney Toons inspired Spider-Ham. However, please rest assured that these are NOT the strangest heroes Marvel Comics ever came up with. But who was the weirdest?

A lot of the weirdest characters might have been villains with odd theme costumes and powers (or, frequently, no powers). Blue Streak was a guy who could skate really fast, Mr. Fish was exactly what you think he was, and M.O.D.O.K. is a famous bad guy who’s basically a giant evil head that wears a jetpack. But there were plenty of strange heroes too — like the Phone Ranger, a telephone repairman who dressed like a phone; and The Almighty Dollar, an accountant who gained the ability to fire money out of his body. There’s also Doop, a little green blob with unknown origins who has more or less whatever superpowers the writers feel like giving him that week. Well, the list could go on and on … but if I had to pick only one, then for my money the strangest Marvel hero of all time is Howard the Duck.

You may have actually seen Howard on the big screen too — he’s an Easter Egg (Haha, get it? Ducks lay eggs?) in the first Guardians of the Galaxy movie, where we see that he’s been captured by the Collector along with Laika the Space Dog and other oddities. In fact, Howard has been around for a long time, and once had his own movie, simply called Howard the Duck (it was extremely unpopular when it came out, but some people now consider it a cult classic — whether you liked it or not, though, everybody could agree that it was really weird). Howard is just a humanoid duck, from an alternate universe where intelligent life evolved from birds instead of mammals. He has no superpowers and isn’t especially skilled other than learning “Quack Fu”.

What’s so weird about Howard?

Okay, so a talking duck is a pretty weird idea for a superhero, but is he really weirder than a guy with telephone powers? “Weird” is subjective, of course, but I think Howard is #1 more because of what he’s been through and done than because of the character concept. Like Deadpool, Howard’s stories are distinctly adult-themed — drinking, cursing, and sex pop up frequently. Also like Deadpool, Howard seems to be aware that he’s a fictional character, and he often breaks the fourth wall by addressing his audience directly. His adventures often end up being strange, mind-bending journeys that parody the entire idea of comic books or various aspects of our society. Sometimes in the company of other weary self-aware characters like She-Hulk, Howard’s story begins with being abducted from Duckworld by Thog the Nether-spawn and, for no obvious reason, dropped in Florida. He’s explored the multiverse in order to protect the existence of the 616 universe and battled werecows, the Congress of Reality, and Dr. Bong. He’s also explored places from the Baloneyverse to Santa Claus’s workshop at the North Pole. He’s rarely happy or satisfied with his circumstances, and is generally defined by the somewhat confusing quote “trapped in a world he never made”. Weird enough?

February 24, 2020
Latest Posts
Did you know?
Loading...
Facts of the Day
Registration is disabled.