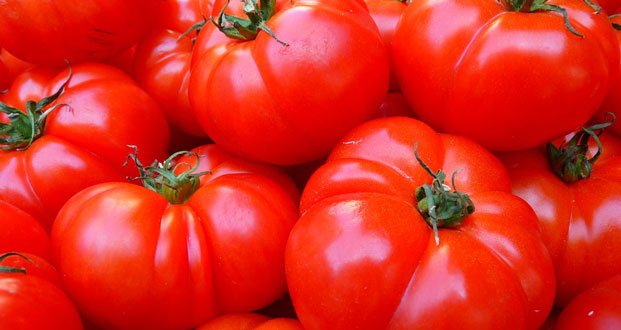 1. Tomatoes were put “on trial” on June 28, 1820, in Salem, New Jersey. In front of a courthouse, Robert Johnson ate a horde of tomatoes in order to prove they weren’t poisonous. The crowd waited for him to die. He didn’t. – Source

2. The gene that was bred into tomatoes by commercial farmers to give them a uniform color had the unintended result of preventing internal sugar reactions that give tomatoes flavor. This mutation (and lack of flavor) has been bred into almost all commercial American tomatoes. – Source

3. In 2013, a UK company perfected the “TomTato,” a plant that grows potatoes under the soil and tomatoes above. – Source

4. A Japanese company invented a robot that sits on your back and feeds you tomatoes while you run. – Source

5. An Italian NGO decided to teach Zambians how to grow food and paid locals to grow tomatoes in a fertile valley that lacked agriculture. When the tomatoes grew large and ripe, 200 hippos came out from the river and ate everything. “That’s why we have no agriculture here”, Zambians explained. – Source 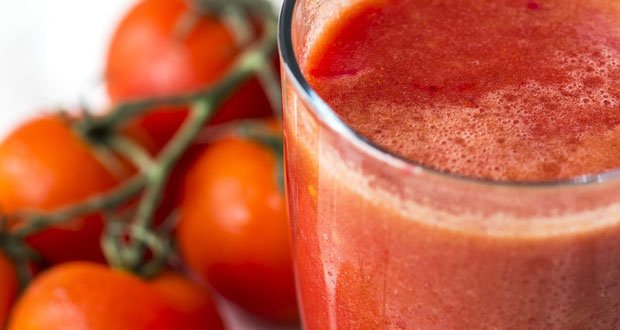 6. Tomato juice in the United States is often made from tomato paste, but Canadian regulations require fresh tomatoes. – Source

7. When the Beatles wrote the song “With a Little Help from My Friends”, the first line ended with ‘What would you think if I sang out of tune? Would You Throw Ripe Tomatoes at Me?’, but Ringo changed it so that fans would not throw tomatoes at him should he perform it live. – Source

8. There is a PG-rated horror movie about tomatoes that revolt against humans and their only weakness is a song known as “Puberty Love”. – Source

9. During a visit to Egypt in 2012, Hillary Clinton was pelted with tomatoes and shoes, while the protesters chanted “Monica, Monica”. – Source

10. In 1939, Maine Rep. Cleveland Sleeper introduced a bill to make it illegal to add tomatoes to clam chowder. – Source

11. After the La Tomatina, the annual tomato-throwing festival held in Bunol, Spain, the village cobblestone streets are pristine due to the acidity of the tomatoes disinfecting and cleaning the surfaces. – Source

12. It’s possible to grow edible tomatoes, radishes, peas, and rye on soil that is similar to dirt found on Mars. – Source

14. Tomatoes, although botanically a fruit, is legally a vegetable as a result of the 1893 Supreme Court case Nix v. Hedden, as “they are seen as vegetables because they are usually eaten as a main course instead of being eaten as a dessert.” – Source

15. Tomatoes under attack by caterpillars can trigger a chemical response that makes their leaves taste terrible which can result in the caterpillars eating each other instead. – Source 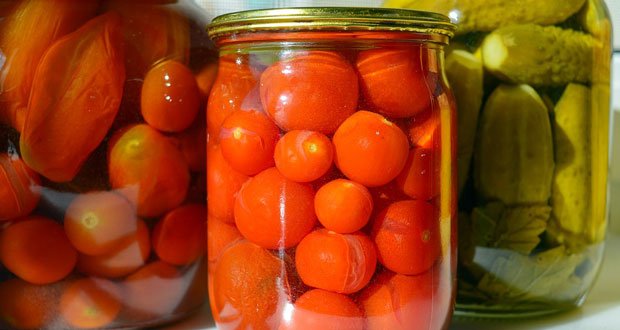 17. Ketchup was originally a Chinese fish sauce, with no tomatoes. Tomatoes were added to the recipe more than a century and a continent later. – Source

18. Tomato seeds are not digested by the human body. They are often found growing in sewage works. – Source

19. Jet black tomatoes are good for your health. – Source