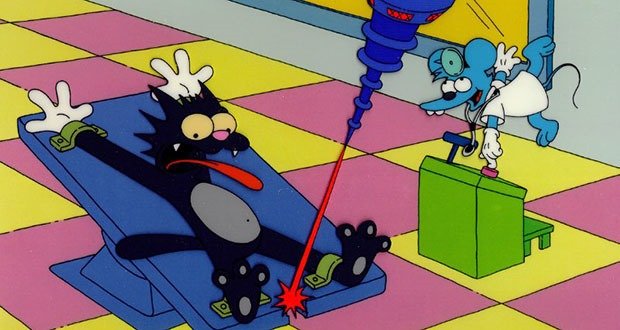 Actually, that’s a show, within a show, within a show. Itchy & Scratchy are on the Krusty the Clown Show featured in The Simpsons. The Itchy & Scratchy Show depicts a sadistic blue mouse, Itchy, who repeatedly kills a hapless threadbare black cat, Scratchy. The cartoon first appeared in the Tracey Ullman Show short “The Bart Simpson Show”, which originally aired November 20, 1988. Typically presented as 15-to-60-second-long cartoons, the show is filled with gratuitous violence. The show is an extremely violent parody of Tom and Jerry.

Although Itchy & Scratchy did watch TV on their shorts from time to time, there was no regular “show”. 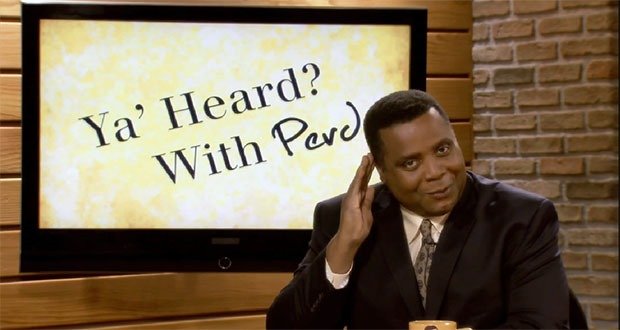 Ya Heard? With Perd is a television news program featured in Parks and Recreation. The show is hosted by the Pawnee anchor Perd Hapley. Guests include Ben Wyatt in the episode “Media Blitz”, when he attempts to defend his ability to help Pawnee fix their budget problem, and instead has a meltdown. Leslie Knope has also appeared on his show several times. 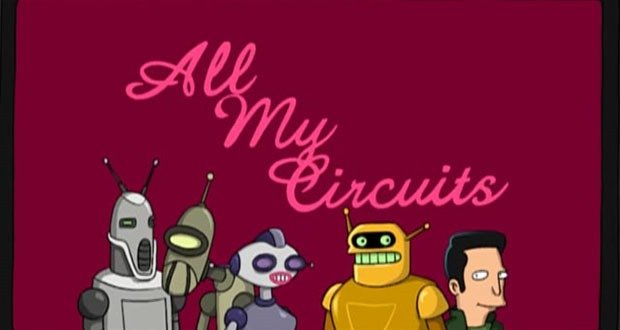 All My Circuits is a popular soap opera featured on Futurama, which is often watched by the Planet Express crew. Like many soap operas, All My Circuits involves a great deal of backstabbing, blackmail, infidelity, and amnesia. Unlike other soap operas, it stars a cast of mainly robot, acting units. Calculon is the main star of the show. 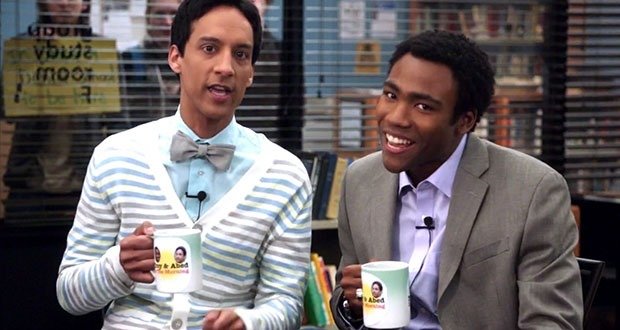 “Troy and Abed in the Morning!” is a talk show featured in the television show Community. Troy and Abed host the show, usually inside Group Study Room F. It is done in the style of the morning talk show format and sometimes even has an audience watching the proceedings. However, the show is neither broadcast or taped but is instead just Troy and Abed goofing around. The show is presented in a cheery fashion parodying the genial and often disingenuous nature of those programs. Troy and Abed host it while wearing their signature outfits, respectively a grey sports coat and a striped sweater, and holding coffee mugs with their show’s logo. Typically they will start and end the show by saying its name in singsong. The show’s first appearance was in the Season One episode “The Science of Illusion.” 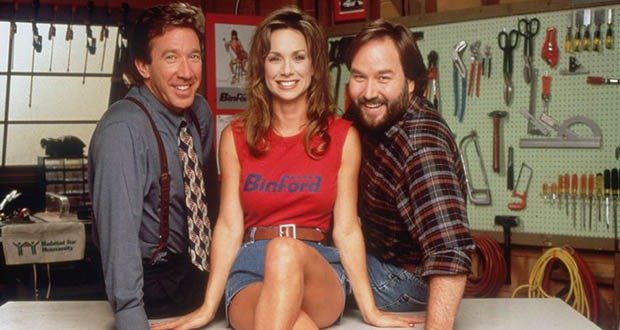 Tool Time was the handyman show-within-a-show in Home Improvement. It was hosted by Tim “The Tool Man” Taylor (played by Tim Allen) and Al Borland (played by Richard Karn). The sponsor of Tool Time was Binford Tools, a tool manufacturing company that exists in real life. The show was said to be played on channel 112. Tool Time was said to be the 4th most popular cable-based tool show in all of Michigan. An episode of the third season of Home Improvement, entitled “Fifth Anniversary” which aired on ABC in the United States in 1994 celebrated Tool Time’s fifth anniversary, thus revealing that Tool Time debuted in 1989.

Part of the show’s attraction was its token “Tool Time Girl”, whose primary roles were to look good, be curvaceous, roll out various props, and help introduce the two hosts. In the first two seasons, Pamela Anderson played Tool Time Girl Lisa. After Anderson left the show, Debbe Dunning stepped in as her replacement, Heidi, who stayed until the show’s end in 1999. 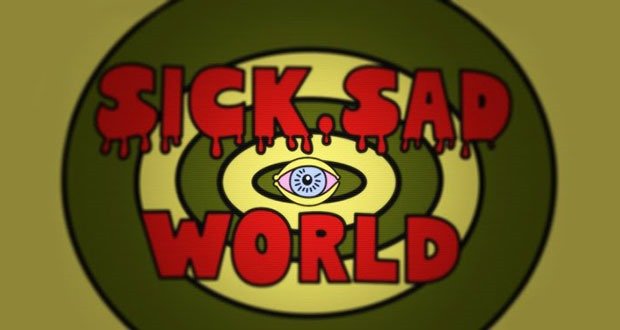 Sick, Sad World is a tabloid TV “news” show featured on Daria. The program’s bombastic continuity announcer is played by MTV Animation producer John Worth Lynn, Jr. It is hosted by a blonde woman who is never named. The show features such questionable news stories as the uncovering of Thomas Jefferson’s pornographic “tell-all”sex journals (“The Declaration of In My Pants! Next on Sick Sad World”) and “exposing” the habitual defecation of fish into the ocean (“Are fish using our oceans as their own private toilets??!!”).

A number of the stories have a quite surreal or paranormal bent to them, such as stories about bats disguising themselves as squirrels to infiltrate neighborhoods (“Rabid Rodent Ripoff!”), mountaineers scaling a mountain of seagull droppings (“Guano see some gutsy climbing?”), or zombies causing traffic accidents (“Brought back from the grave by black magic, but no one taught them to cross at the green! The Jaywalking Dead!”). Sick, Sad World is popular enough to have a competitor: Poor, Pathetic Planet.

07. Russell Crowe Fightin’ Around The World 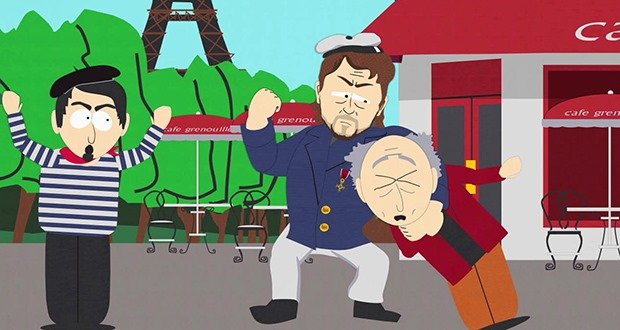 Russell Crowe Fightin’ Around The World is a television show featured in South Park starring Russell Crowe and his trusty pal Tugger, chronicling the many fights he has as he travels round the world. Apart from the gratuitous violence, the show also has a musical element, where Russell Crowe sings songs so terrible Tugger is eventually driven to suicide. The show’s motto is “Making movies, making songs ‘n fight-in’ round the world!”

In one episode, he fought assorted fans and onlookers (who irritate him by saying “Oh my God, it’s Russel Crowe!”), a group of Chinese people in Tiananmen Square (whom he refers to as “Chinamen”), some Indian people in front of the Taj Mahal (who don’t even put up a fight), the urban youth of New York (whom he refers to as “black people” and “Puerto Ricans”), a cancer patient (in an attempt to fight cancer itself), and eventually his own editor (for editing his “poetry”). 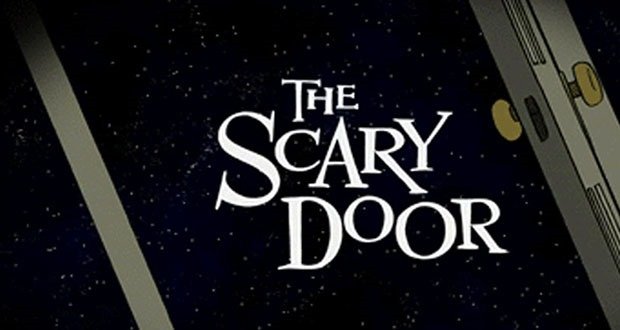 The Scary Door is a popular television show featured in Futurama. It is a spoof of the classic science-fiction TV series The Twilight Zone, and references several other TV shows and films, including the ending of War of the Worlds. Seven episodes of The Scary Door have so far been seen in Futurama media. When watching The Scary Door, everyone appears unmoved and Bender has even said, “saw it coming.” This may mean that it is a very predictable television program. 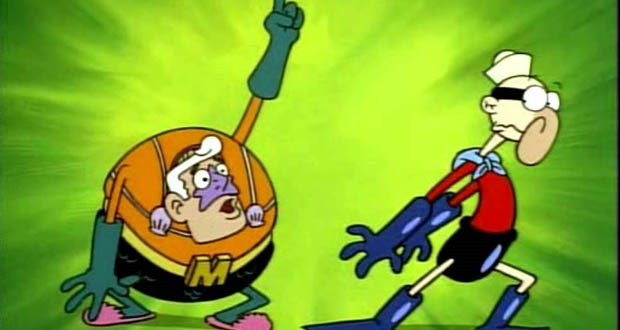 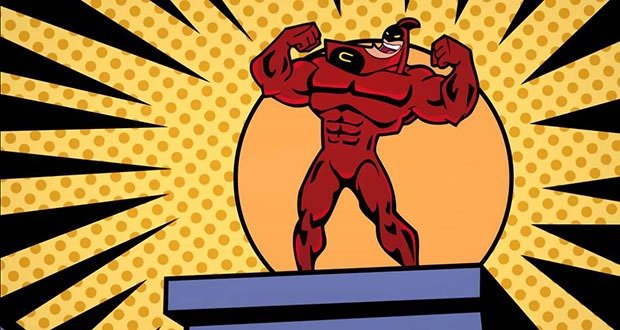 The Crimson Chin is a super book hero featured in Fairly Odd Parents, who resides in the city of Chincinnati, protecting his fictional universe from a variety of different metal or body-part-themed villains. The Chin is voiced by Jay Leno of late-night comedy fame, who is known for having a large chin in real life. Along with Crash Nebula, the Crimson Chin is very famous throughout Dimmsdale. In the Fairly Odd Parents universe, The Crimson Chin comics were supposedly created by a “forty-year-old guy that lives with his mom” who was played in live-action by Patton Oswalt.

In reference to his voice actor, Chin was originally a struggling late-night talk show host (called Chuck Indigo), and gained his powers by being bitten on the chin by a radioactive celebrity, whose reasons for biting him are unknown. Since then, he has taken the responsibility of protecting the city of Chincinnati (a spoof on Cincinnati), taking the secret identity of Charles Hampton Indigo (C.H.In, or Ch. In for “Charles Indigo”) for the local newspaper the Daily Blabbity.