01. Tourist adopts stray dog that saved her after she was attacked in Greece 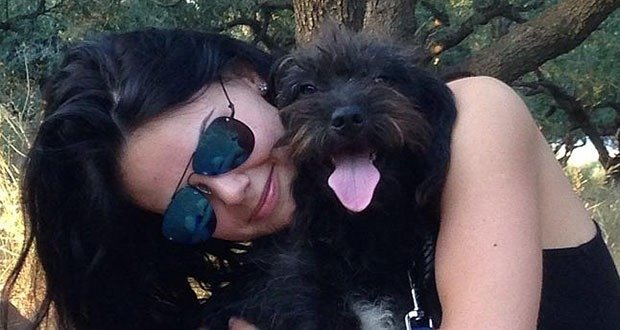 Georgia Bradley, a British university student, was relaxing in paradise when her bliss suddenly turned to fear. The 25-year-old tourist was sun bathing on a remote beach in Greece while her boyfriend was at a nearby cafe, when she was approached by two men she didn’t know, who started harassing her and became aggressive when she rejected their advances. A small, black dog suddenly ran over and started barking at the men, scaring them off. It even followed her back to her apartment. She searched for the dog for five weeks, and eventually found it at Georgioupoli beach in Crete, the same place where she had been harassed. Ms Bradley adopted Pepper and brought it back to the UK. It was a process that cost thousands, involving microchipping, a rabies vaccination, a pet passport and 21 days in quarantine. 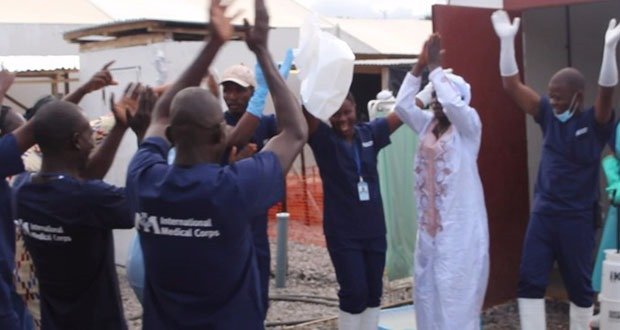 There were celebrations in Sierra Leone as the last confirmed Ebola patient was released from hospital today starting a 42-day countdown to being declared free of the virus. Medical staff cheered and danced as Adama Sankoh, 35, left hospital marking what is hopefully the beginning of the end of the country’s epidemic. 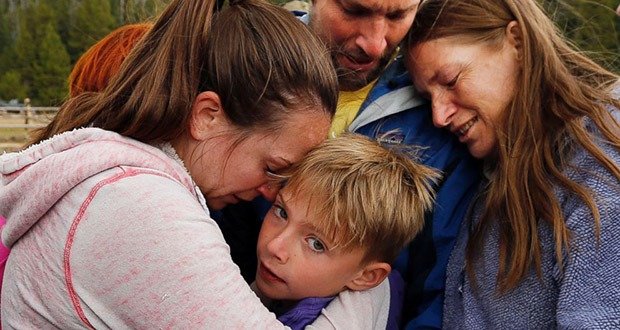 A 10-year-old boy who disappeared while hiking with family in eastern Utah has been found alive more than 24 hours after he got lost while looking for mushrooms. Malachi Bradley survived by curling up between some rocks as temperatures as dipped into the upper 30s overnight. The boy wrapped his T-shirt around his legs and huddled in his jacket to keep warm in the remote area near the Wyoming border. Malachi was spotted by a rescue plane Monday afternoon and picked up by a police helicopter. He was cold and hungry but otherwise healthy. 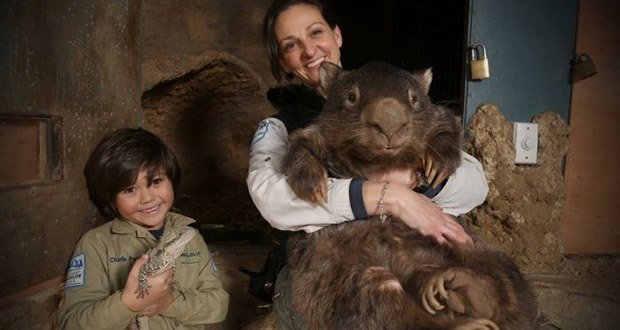 Ballarat Wildlife Park’s resident bachelor, Patrick, the oldest common wombat in captivity, is turning 30 this weekend and in a tongue-in-cheek bid to find him love he has been signed up to Tinder by his handlers. Patrick has made a number of attempts at finding his leading lady over the years, but wildlife officers said he was just too much of a ‘SNAW’ – a sensitive, new-age wombat – for his own good. While he may not have found the love of another wombat on Tinder yet, Patrick’s far from lonely, amassing more than 30,000 followers on his Facebook page.

05. Librarians on Bikes are Delivering Books and WiFi to Kids in “Book Deserts” 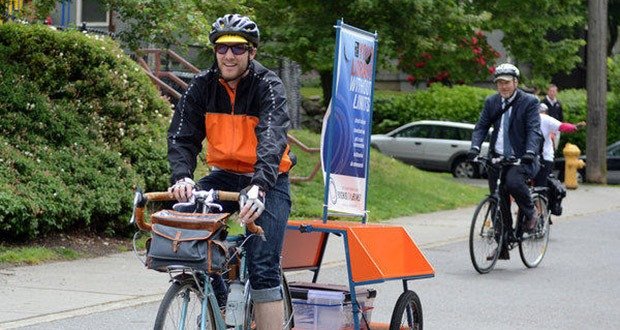 “Food deserts” refer to low-income areas where convenience stores are often the only viable food source and fresh produce is a rarity. But nutritious foods aren’t the only thing kids need to thrive and grow. Many of these undernourished kids also live in so-called “book deserts”—areas without easy access to libraries and reading material to nurture their imaginations and development. To combat these problems, creative-thinking librarians and literacy supporters are using inventive solutions to expand access to books and promote a love of reading. In the Anacostia neighborhood of Washington, D.C., Soar with Reading (a project of JetBlue Airlines) installed book vending machines to dispense 100,000 brand-new free books in three locations for kids ages 0-14. Soar with Reading is now accepting votes for its next city, with Los Angeles, Detroit, New York, Houston, and Fort Lauderdale in the running.

The trailers are also wifi-enabled so that librarians can register people for a library card and check out books on the spot using an iPad.

06. Man proposes to girlfriend on dock, drops ring into water, strangers help look for it 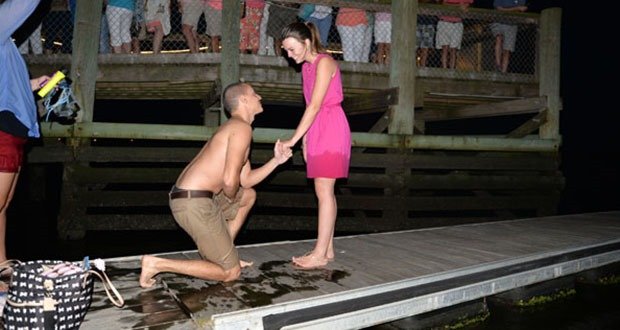 A Charlotte-area couple certainly has an engagement to remember after the soon-to-be groom dropped the engagement ring into the ocean while attempting to propose. While proposing, he got down on one knee, opened the ring box, the ring fell out of the box and fell through the cracks on the deck and into the water. Immediately, several people went down to the boat slip underneath the bar and jumped in the water and started looking for the ring. People were handing the group flashlights and a local ran home to get some goggles for the crew. After ten flashlights, and five pairs of goggles and over 1.5 hours of searching in the water the ring was found and he proposed her again, this time successfully.

07. 11-year-old dog adopted after nearly a decade in shelter 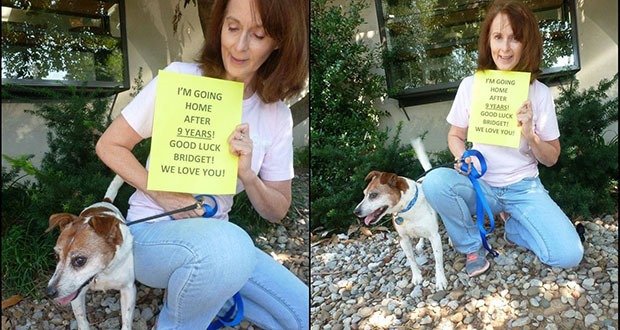 A dog that has been in a shelter for nearly a decade is finally getting her forever home. For nine years, Bridget lived at The Animal Care Society off Westport Road in Louisville, Kentucky. As a shy, hesitant dog, Bridgette no longer received much attention by potential owners. That is, until Sherrie walked in back in June and it just so happened to also be Bridgette’s birthday. For several weeks, both Sherrie and her son Ryan visited with Bridgette. She was coming constantly and spending time with her. She walked her some to where she built Bridgette’s trust up of her. By the time they left, Bridgette was all over her, kissing her and licking her. Bridgette officially had a forever home on Thursday. 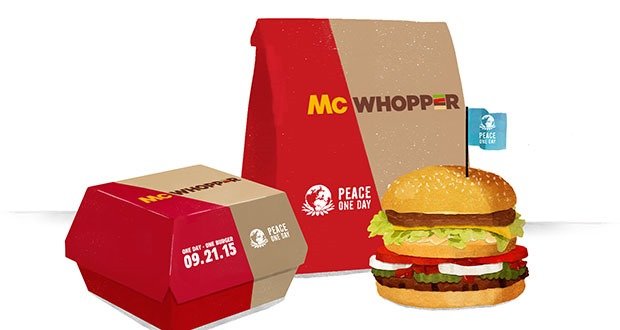 In full-page ads running in The New York Times and The Chicago Tribune on Wednesday, Burger King, a perennial also-ran in the burger races, has asked McDonald’s, its archrival, to join forces. The goal? To operate one restaurant for one day staffed by employees of both companies and selling a burger called the McWhopper, a blend of the Big Mac and the Whopper, the best-selling burgers at McDonald’s and Burger King. Sales proceeds would be donated to Peace One Day, a nonprofit group seeking to raise awareness of the International Day of Peace, which was established by the United Nations General Assembly in 1981 for the opening of its annual meeting.

09. Instead of going to war, North and South Korea have agreed to hold family reunions 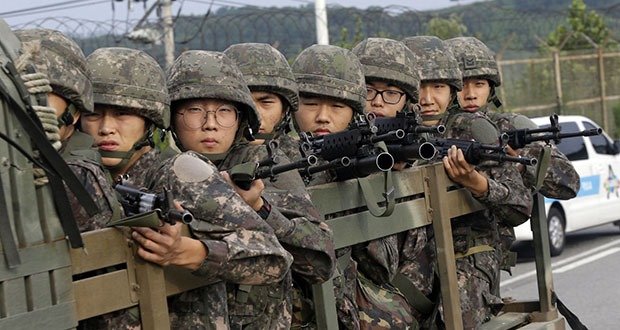 Talks, at the request of North Korea, ended in the early morning hours of Aug. 24, with North Korea expressing “regret” for land mine explosions that injured two South Korean soldiers. (South Korean president Park Geun-hye had demanded an apology from Pyongyang.) The incident prompted South Korea to begin its propaganda barrage, a method it had not used in a decade, earlier this month. South Korea says it will turn off its loudspeakers Tuesday at noon, local time. Once that is done, North Korea will end its “semi-state of war.” “Both sides decided to develop North-South relations and end the military standoff,” South Korea’s National Security adviser Kim Kwan-jin said at a press briefing. The two governments also agreed to hold reunions for aging relatives separated by the 1950-1953 Korean War. The reunions are held periodically when relations inter-Korean relations are on an upswing.

10. Mini-Taj Mahal is a Retiree’s Monument to Love of his Late Wife 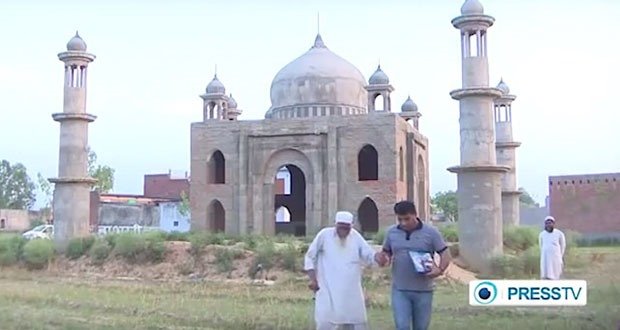 A retired postmaster is keeping a promise to his late wife, spending his old age, and all the money he has, to build her a shrine — a replica of the Taj Mahal — so she will never be forgotten. 80-year-old Faizul Hassan Qadri has been working on the monument since his wife, Tajammuli passed away in 2011. People come from miles around to see the mini-Taj Mahal in his village in India. She’s laid to rest inside the shrine, and Qadri has made plans to be interred next to her when he passes on. The original Taj Mahal was built by a Mughal emperor as a mausoleum for his wife, an empress in the 17th century. Qadri doesn’t have the resources of an emperor, having to pause construction each time he runs out of money until he can sell land or his wife’s jewelry to continue building. He’s spent about $17,000 on the project so far. Qadri has turned down donations, even an offer of help from the chief minister of his district, saying he wants to finish the 27-foot tall monument on his own as a labor of love for his wife of 58 years.

The Lightsaber (Part 2): Variations and specializations

How deep into the Earth could humans drill with modern technology?