1. In 1963, a man knocked down a wall of his home. Behind it, he discovered a mysterious room and soon discovered an intricate tunnel system with additional cave-like rooms. What he had discovered was the ancient Derinkuyu underground city in Turkey. – Source

2. The Turkish F-Keyboard was designed using studies on bone and muscle anatomy of the fingers and letter frequencies in the Turkish language. With this scientific preparation, Turkey has broken 14 world records in typewriting championships between 1957 and 1995. – Source

3. The women in a village in Turkey were fed up with walking to get water, so they withheld sex from their husbands until they fixed the water line. They got what they wanted in one month. – Source

4. Agar.io was used in Turkey as a medium of political advocacy; many players were naming their cells after Turkish political parties and references, with alliances formed between players with similar political views, battling against other players with opposing views. – Source

5. When Turkey objected to the inclusion of Mount Ararat located on Turkish territory on Armenian’s Soviet coat of arms Nikita Khrushchev replied “Why do you have a moon depicted on your flag? After all, the moon doesn’t belong to Turkey”. – Source

6. Speaking Kurdish in public was illegal in Turkey in the 90s. – Source

7. In Turkey, turkey is called Hindi because they thought turkeys came from India. – Source

8. Turkish football players have their first names on the back of their jerseys because football is older in Turkey than last names are (surnames were introduced in 1934 whereas they started playing international football in 1923). – Source

9. In 1876, the Sultan of Turkey gave marijuana to the United States as a gift. By 1880, Turkish smoking parlors were opened all over the northeastern U.S. – Source

10. A few hundred years back, women in Turkey could legally divorce their husbands if he didn’t provide them with enough coffee. – Source 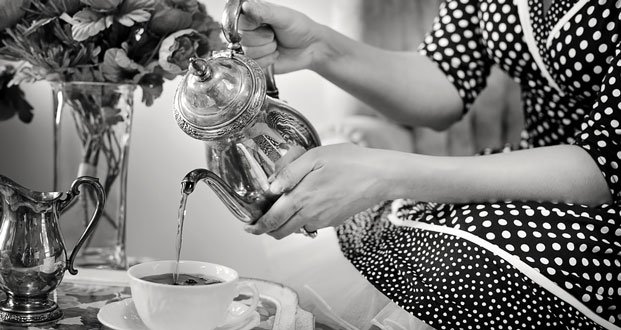 11. Turkey is first at tea consumption per person. – Source

12. Homeschooling is illegal in more than 25 countries, including Turkey. – Source

13. In 2005 in Turkey, a sheep committed suicide by jumping off a cliff and more than 1,500 sheep followed the first one. – Source

14. The majority-Muslim country of Turkey banned the hijab from schools long before France. – Source

15. In Turkey boys aged 6 to 11 become a king for a day during their Sünnet Düğünü, a day of celebration for their circumcision that includes dressing like a king, eating sweets, receiving gifts, and partying with family, friends, and neighbors. – Source

17. The oldest obsidian bracelet, found in Turkey, is dated to c. 7500 BCE. The symmetry of the central annular ridge is extremely precise, to the nearest degree and nearest hundred micrometers, forcing researchers to rethink the manufacturing skills of hunter/gatherers. – Source

18. Turkey has a morgue equipped with the latest in alarms and motion detectors in case any of the bodies stored there have been declared dead by mistake. – Source

19. In Turkey, there exists an industry to sell seat belt buckles meant to trick a car’s warning into thinking that you are buckled up. – Source

20. There are still villages in Turkey where Ancient Greek is spoken. – Source

21. There is a maximum security prison in Turkey that has housed a single prisoner since 1999. – Source

22. Ford Transit Vans are made in Turkey, imported to the US as passenger vehicles, avoiding a 25% tariff on light trucks. Ford then rips out the rear windows & shreds the seats to convert to cargo vans. This tariff dates back 48 years as a retaliation for a tariff on US chicken exports. – Source

23. In 1930, Turkey officially stopped delivering mail addressed to Constantinople, in an effort to encourage the adoption of the name Istanbul. – Source

24. In Turkey, having a Golden Retriever is a status symbol and that so many are abandoned that a group was formed to rescue them to the U.S. and offer them up for adoption in the States. – Source

25. Turkey participated in the Korean war, despite not having any political conflicts during the cold war.Neverthelesss; they sent soldiers to help the U.S. because they desperately wanted to be a member of the NATO and their previous membership requests were denied. – Source

26. Turkey has a rock formation that has been emitting flames for over 2,500 years. – Source

27. In a futile attempt at internet censorship, imbd.com is blocked in Turkey due to a misspelling. – Source