Oval windows, oval houses, no occupants! This is the story of Sanzhi UFO Houses located in the Sanzhi district, a region built and designed to be a vacation beach paradise but never got to host a single guest.

The Sanzhi houses built in 1978 were designed to be pod-shaped and resemble Futuro buildings, some of which can be found in other regions of Taiwan. So, why did these beautiful, well-designed, perfectly placed houses become a ghost town even before opening their doors to the first homeowners?

Why Were the Sanzhi Houses Built? 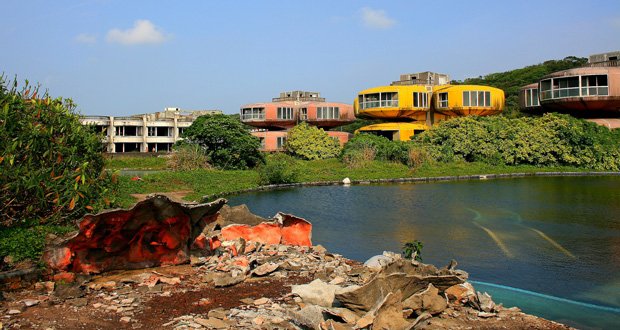 Built on ground owned by the Hung Kuo Group, the Sanzhi houses were initially meant for luxurious uses. Their target market was the wealthy people who loved the creativity, which explains why the houses had unique designs, shapes, and colors. The homes also boasted of concrete sci-fi structures reinforced with fiber plastic coverings earning them the UFO village nickname.

The architect who designed these houses wanted to create a futuristic haven for their occupants. Technological amenities, slides for water activities, and other modern conveniences were all in place, making the region one of the most economically promising. 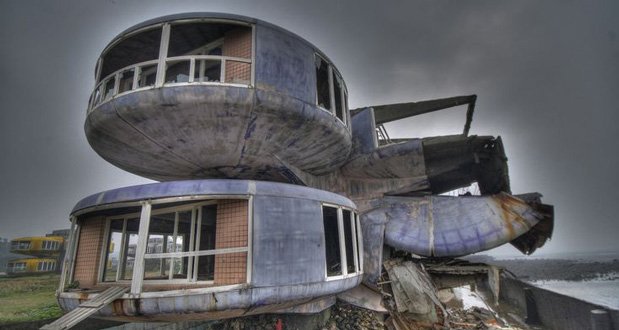 By the end of the 70s, everything seemed set. The Sanzhi houses were almost ready for occupation, but major twists changed everything.

Just as the houses neared completion in 1980, the primary players, Hung Kuo Group and Yu-Chuo, suddenly went bankrupt because of substantial investment losses. As a result, the final stages of furnishing and sprucing up the facilities stalled for about a decade before Tsai Chin-Hsien, the president of Haicheng Tien, approached Hung Kuo in 1989 with the prospect of reviving the pod-city.

Even though the houses had sat for a long time without maintenance, the two new partners decided to continue their construction without re-designing or reconstructing the previously constructed parts. It’s not a surprise that the whole project was abandoned again following conflicts between the investors several years later. Additionally, an earthquake occurred, causing further damages and leaks to the properties, making the project’s end permanent.

Looking at the matter on paper, it’s clear that financial losses, conflicts between the investors, and natural calamities played a massive role in the abandonment of the pod-city project. However, locals believe there was more to it. They believe that the lives lost when constructing the houses (accidentally or through suicide) brought a “curse” to the project.

Because of the many workers’ death, people feared working on the site, leading to the eventual stalling of the project. Other people believe that the grounds where the Sanzhi houses were built were once a graveyard for soldiers, and the spirits were not pleased with the new dwellings.

What Happened to the Houses?

Over 30 years later, in 2008, the Sanzhi houses in Taiwan were destroyed. Today, there is no physical proof that they once existed except for photographs and the local’s tales. Even though there were plans to reconstruct the region for tourism, it remains deserted.