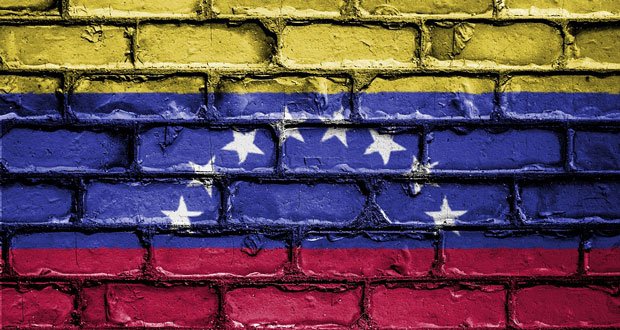 1. After Hurricane Katrina, Venezuela was one of the first countries to offer assistance, pledging over $1 million, several mobile hospitals, water treatment plants, canned food, bottled water, heating oil, 1,100 doctors and 26.4 metric tons of medicine but was rejected by the US Government. – Source

2. There is a mysterious expanding black goo called La Mancha Negra (the black stain) that covers parts of roads in Caracas, Venezuela. Millions of dollars have been spent researching it, yet the cause is still unknown. 1,800 people have died in auto accidents due to the goo. – Source

3. In 2013, inmates in Venezuela opened a nightclub inside their prison that included strippers. – Source

4. Since 2007, an unfinished skyscraper in Caracas, Venezuela, has been re-appropriated by squatters into a vast ‘vertical slum’ which now includes grocery stores, hairdressers, and an unlicensed dentist. – Source

6. Venezuela has more oil reserves than Saudi Arabia but produces less than a fourth of what Saudi produces per year. – Source

7. Venezuela is one of the most violent places on earth with a person being murdered every 21 minutes. – Source

8. There is an area in Venezuela where lightning strikes 280 to 3,600 times an hour, 300 nights per year. It is called Relámpago del Catatumbo, or “the everlasting storm”. – Source

9. Venezuela owes foreign airlines over 4 billion dollars, leading many airlines to sharply reduce or stop service in the country. – Source

10. There is a small town in Venezuela, founded by German immigrants in 1843, that has maintained its authentic origin culture, including architecture, cuisine, and language, so much that it is known as ‘The Germany of the Caribbean’. – Source

12. Venezuela was the first country in the world to abolish the death penalty for all crimes, doing so by Constitution in 1863. – Source

13.  Venezuela is the only South American Football Conference team (commonly known as CONMEBOL) who has never made a World Cup Appearance. – Source

14. 8 million years ago, Venezuela was inhabited by guinea pigs the size of tables. – Source

15. Venezuela had the world’s 4th highest GDP per capita in 1950; trailing only the United States, Switzerland, and New Zealand. – Source

16. Venezuela is providing Cuba with 53,000 barrels (8,000 m³) of below-market-rate oil a day in exchange for the service of thousands of physicians, teachers, sports trainers, and other skilled professionals. – Source

17. In Venezuela, twenty hours before every election, the government prohibits the sale and distribution of alcoholic beverages throughout the nation. – Source

18. In 2007, the King of Spain told the president of Venezuela to shut his mouth. – Source

19. The Yanomami tribe of Venezuela count only up to 2; anything more than that is called “many.” – Source

20. Venezuela’s ”Who Wants to be millionaire” top prize equals to less than 90 USD. – Source

21. Haiti’s second-largest airport is named after the former leader of Venezuela Hugo Chavez. This was in part due to Venezuela’s pledge to give $1.2 billion to Haiti after the 2010 earthquake. – Source

22. Venezuela made it a crime to sell violent video games and toys in 2009, punishable by 5 years in jail. –Source

23. Hugo Chávez daughter is the richest individual in Venezuela. – Source

24. Despite the animosity between the US and Venezuela, the US is by far Venezuela’s largest trading partner. – Source

25. In Venezuela, stay-at-home mom’s can now collect a pension, thanks to new labor laws. – Source

26. There is a frog from Venezuela that is named after James Cameron in recognition of his efforts to raise environmental awareness. – Source

27. There’s a debt collection agency in Venezuela, that sends collectors dressed as the Devil to follow debtors around until they pay. – Source

28. Venezuela had never suspended a driver’s license until 2011 when a driver sped in an overcrowded bus with a missing wheel. – Source

29. The Speaker of the National Assembly of Venezuela since 2012’s name is Diosdado Cabello. Literally translated, his name is God-Given Hair. – Source

30. Paradise Falls and the rest of the scenery from the movie “Up” was inspired by the Guianan savanna in Venezuela. – Source

31. Venezuela has their own time zone that is offset by half an hour. – Source

AskReaders: If authors 'covered' novels, the way musicians cover songs, which covered novel would you be most excited to read?