Here are 25 Interesting Facts About Villages. 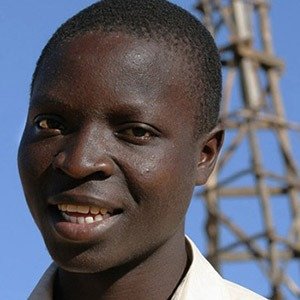 1. In 2009, a Malawian teenager taught himself how to build a windmill out of junk and bring power to his village. He then went on to build a second, larger windmill to power irrigation pumps. He did this all from books he read in the library. – Source

2. Hogewey is a secured village in the Netherlands specifically for people with dementia, where they can act out a normal life while being monitored and assisted by caretakers in disguise. – Source

3. A man named Dashrath Manjhi carved a road through a mountain in 22 years, so that his village in India could be connected to the other village. He did this because his wife died without any treatment and the nearest doctor was 70 km away in the other village. – Source

4. French Queen Marie Antoinette had a fully functioning peasant village built on the grounds of Versailles. She loved strolling the village in simple shepherdess garb pretending to live a simple life milking cows or sheep, which were carefully maintained and cleaned by the servants. – Source

5. Rajendra Singh, known as “the waterman of India” revived 5 rivers and brought water back to 1000 villages in India using native water-preservation techniques. – Source 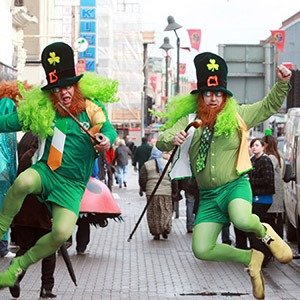 6. The shortest St Patrick’s Day parade in the world takes place in Dripsey, Cork in Ireland. The parade lasts just 100 yards and travels between the village’s two pubs. – Source

7. Horror director Eli Roth showed villagers in a remote native village deep in the Peruvian Amazon the controversial 1980 horror film “Cannibal Holocaust,” to show them what a movie was. The villagers thought it was a comedy and the funniest thing they’ve ever seen. – Source

9. Woodstock would have never happened if not for one dairy farmer, Max Yasgur, who allowed the festival to take place on his property after surrounding villages declined to host the event. As a result, the locals boycotted his products. – Source

10. Austrian village of “f**king” is particularly popular with British tourists. A local tour guide said: “The Germans all want to see Mozart’s house in Salzburg; the Americans want to see where The Sound of Music was filmed, but for the British, it’s all about f**king.” – Source 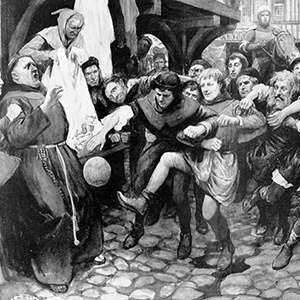 11. Football evolved out of mob football, a game played between whole villages, with the goal being to get the ball into the center of the other village. Any means could be used to move the ball, as long as it did not lead to manslaughter or murder. – Source

12. Bill Murray once got lost in the jungles of Bali on a motorbike. He was later found putting on an impromptu show with all of the locals of a small village in attendance, even though he didn’t speak Balinese. – Source

14. In Biertan village in Transylvania Romania, the church had a “divorce/reconciliation room”: Couples that wanted to break up had to live two weeks in a room with one small bed, one table with one chair, one spoon, one plate. In 300 years they had just one divorce. – Source

15. There are “cancer villages” in China, where residents are hundreds of times more susceptible to cancer due to pollution. – Source 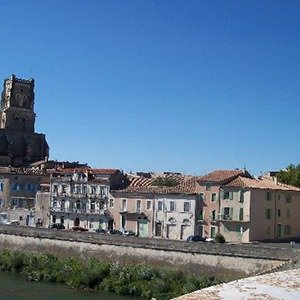 16. The CIA secretly spiked the bread from a bakery in the French village of Pont-Saint-Esprit with enormous quantities of LSD as part of its cold war mind-control experiments. – Source

18. In the wake of the Civil War, some Confederate sympathizers fled the United States and founded colonies in Mexico and South America. Several thousand Southerners chose to settle in Brazil, where they established small villages with names like “Americana” and “New Texas.” – Source

20. A man faked his own death to avoid rape charges and was discovered to be alive when he was elected mayor in a small Mexican village. – Source 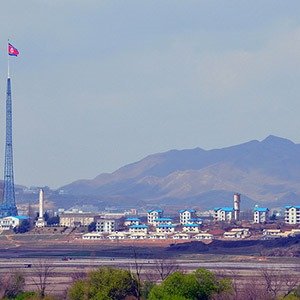 21. There is a North Korean village just across the border with South Korea nicknamed “Propaganda Village.” It is apparently uninhabited and for many years it had speakers that broadcasted propaganda across the border 24/7. – Source

22. Ten French villages were destroyed during World War 1 and deemed uninhabitable afterwards. Today, these ten villages are known as “villages that died for France.” – Source

23. There is a small village named Pussy in France. People living in the village are called p*ssies. – Source

25. In 1831 an American pepper trading ship was attacked off the Island of Sumatra, where locals killed 3 and plundered the ship. In retaliation, Andrew Jackson sent a warship all the way back to Sumatra to destroy the village the attackers were from. – Source