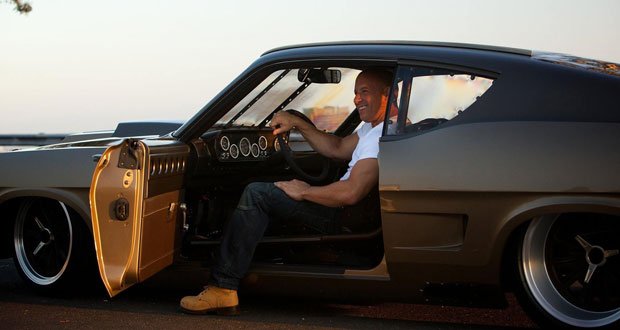 1. Vin Diesel broke into a Theater in New York with his brother when he was 7 with the intent of vandalizing it. When they were caught, instead of calling the police, the theater’s artistic director offered them roles in an upcoming show, thus starting Diesel’s acting career. – Source

2. Vin Diesel agreed to make a cameo appearance in The Fast and the Furious: Tokyo Drift in exchange for the rights to the Riddick franchise. – Source

5. The directors for Guardians of the Galaxy wrote a script with actual dialogue for Vin Diesel so that he would know what inflections to give when he said his lines as “I am Groot”. – Source

6. Vin Diesel has never met his father and doesn’t know what race he is. – Source

7. When “Fast Five” was in production, the role of Luke Hobbs was written with Tommy Lee Jones in mind. But when Vin Diesel read a comment on his Facebook page saying it would be cool to see him work with The Rock Dwayne Johnson, they decided to do that instead. – Source

8. A struggling Vin Diesel wrote, directed and starred in a short film which was screened at the 1995 Cannes film festival. Later, after seeing it, Steven Spielberg was so impressed he created the role of Private Caparzo in Saving Private Ryan specifically for him. – Source

9. Vin Diesel sold Street Shark toys before he made it big. – Source

10. Vin Diesel’s real name is Mark Sinclair, and that he has played the same character (Dominic Toretto) in more than one-third of all the movies he’s ever appeared in. – Source

12. Vin Diesel’s very first film role was in the acclaimed film ‘Awakenings’, where he briefly appeared as a hospital orderly. – Source

13. Vin Diesel was in an instructional break dancing video when he was a teenager. – Source

14. The Chuck Norris facts meme actually started with Vin Diesel. The op felt Vin Diesel got boring, so they held a poll for a new candidate. Chuck Norris won and he wasn’t even on the ballot. – Source