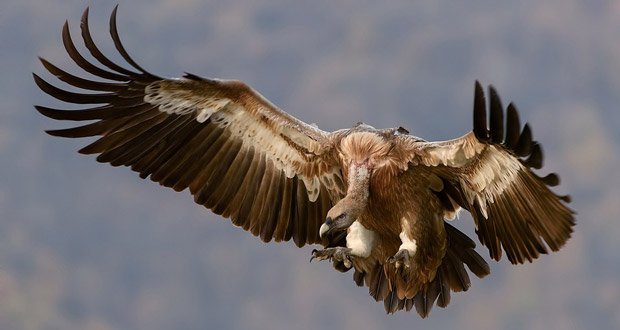 1. Nearly all vultures in India have died due to eating corpses of animals recently treated with the drug diclofenac. In a butterfly effect, there is now a major rabies problem, with an annual cost of US$26 billion per year. – Source

3. Vultures have stomach acid so corrosive, they can even digest anthrax. – Source

4. After poachers kill large mammals the presence of vultures overhead can warn rangers that a kill happened. So the poachers poison the carcasses for the vultures. This is causing a large decline in the vulture populations and leading to increased levels of disease. – Source 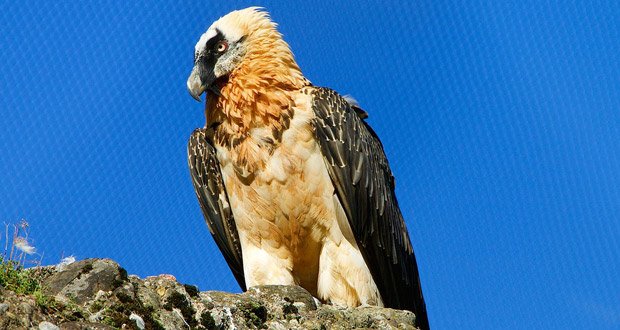 6. The diet of the Bearded Vulture is ~90% bones, allowing it to return to a carcass long after other scavengers have removed any soft tissues. Bones too large to swallow are dropped from a great height to crack them into smaller pieces. – Source

7. Vultures can’t sweat, so they pee on their legs to cool off. – Source

9. A single living vulture is valued at $11,000 based on the ecosystem services they provide by ridding the environment of carcasses that would otherwise spread diseases and cause economic consequences. – Source

10. The reason Kevin Carter waited 20 minutes before taking his controversial Pulitzer Prize-winning photo of the starving Sudanese child is that he was waiting for the vulture to spread its wings. It didn’t in the end, so he took the photo and moved on. – Source

11. Vultures and Condors are not actually closely related, but superficially similar only due to convergent evolution. – Source

12. Parsi/Parsee followers feed their dead to vultures in a place called Tower of silence & the family has to stay in the tower of silence for 4 days.No one else is allowed to enter and the rituals are quite secret. – Source

13. The vulture population in Gettysburg grew significantly after the civil war battle and the vultures that remain there are descendants of the ones that fed on soldiers. – Source

14. Vultures with GoPros and GPS trackers are used to find illegal trash dumps in Peru. – Source

15. Turkey Vultures use projectile vomit to scare away predators and can vomit up to 10 feet. – Source

AskReaders: What is the biggest unresolved scandal the world collectively forgot about?