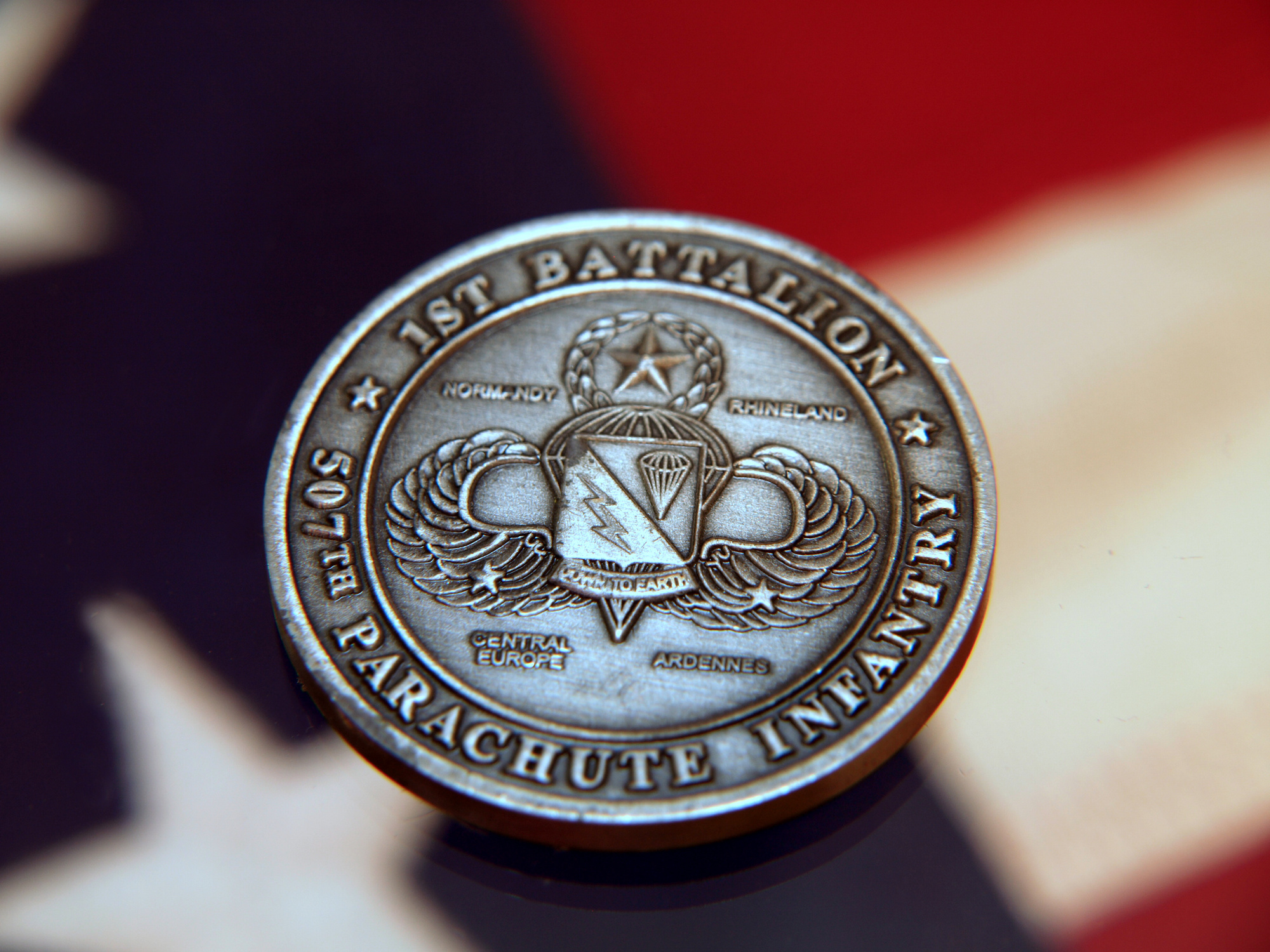 There are 18.2 million veterans of the United States military. They share a common experience of life in the military forces. Many of them will know perfectly well what a challenge coin is.

What Are Challenge Coins?

Traditionally, a challenge coin is a small metal coin. They often feature a special design that has meaning for the owner of the coin. They are small enough to fit comfortably into the palm of your hand and this is not by chance.

A challenge coin is designed to be given or awarded to someone. It can be easily and even discretely given during a handshake. As the palms meet, the coin can be passed from the giver to the receiver.

The design on the coin often represents an organization. The designs are sometimes very elaborate and beautiful. Detailed engraving, colorful enamel, or different colored metals are used to create an eye-catching motif.

You can decorate the edge of a coin. Mottos, images, and crests are common features.

Challenge coins have a long history dating back to Roman times. At that time, they were awarded to soldiers in recognition of their valor in battle. They were also used to commemorate a victory or participation in a special occasion.

They also have a place in the history of the United States. Soldiers who fought in the American Civil War sometimes kept a coin as a memento of home. It could be easily kept on a pocket or sewn into clothing and reminded them of loved ones they hoped to see once again.

It’s easy to see how survivors of the conflict could believe that the coin they kept close to them all the way through the conflict was a good luck charm. Keeping the coins was a way of retaining the good fortune.

During the two world wars, military challenge coins became more popular. Coins were given by high ranking officers to their servicemen. They were specially made for the purpose and designed to represent the squad they were a member of.

The coins could be used to identify the holder as a legitimate member of the United States services. Individual units would have their own designs during the Vietnam war and they came to symbolize the pride of the unit and comradeship of those who served together.

The tradition of challenge coins has constantly evolved and in recent years they have taken some new directions. Other public services have started to use the coins. Law enforcement, fire services, and, sports teams have their own custom coins.

Coins are sometimes minted to be sold to raise money for charities. Any group, organization, or cause can have coins designed and minted.

Because there are so many different coins, beautiful designs, and because they often have a meaning that is just as interesting as the coin itself, there is a thriving collector’s market for challenge coins.

Even the design of the coins themselves can have unusually valuable features. A coin that has soil taken from the French battlefields of World War Two incorporated into it, is an example of such an innovation. Follow this link to find out more.

Challenge Coins for All

Challenge coins may have a military past but now they’re for everybody. They perform many functions as well as being just for fun.

The military use of the challenge coin was to signify membership in an exclusive club. They were given and retained because there may be times when evidence of membership of that club might be needed.

This membership function for challenge coins still persists but instead of being about membership of an elite military team, it can be any number of other organizations. The exclusive membership could be of a work team, sports team, or simply a friendship group.

There’s a tradition connected with the challenge coin that may have given the coins their name. When a group is socializing, one of the parties can initiate a challenge coin check.

Everybody has to produce their challenge coin immediately. Anybody who fails to do so has to pay a penalty such as buying the next round of drinks.

A sales team member who has performed especially well can have their exceptional performance recognized with a coin.

A top scorer in a team sport can be recognized with a team challenge coin. A police officer can have their bravery recognized in the same way.

When a soldier keeps their challenge coins after their service as a veteran part of the reason is as a symbol of the shared experience they had with their comrades in arms. This same feeling can exist between work colleagues, a project team, or the members of a football team.

Many group activities are all the better for them having been shared experiences. A challenge coin can help retain the memory of such an event or experience. It’s a connection between people that is recalled every time the coin is seen and touched.

Branding is an important aspect of the marketing of large corporate players. It has also become something that every small organization, sports club, educational establishment, and community institution do.

Challenge coins are an effective way of representing a brand and sharing it. An attractive coin can help raise awareness of a charity, community project, or even local fast food service. A coin can carry a colorful logo and contact number as well as any business card.

What are challenge coins but a great way to tell a story? They represent achievements, connections, pride, and belonging. They’re much more than small change.

July 15, 2020
Latest Posts
Subscribe to Blog via Email
Did you know?
Loading...
Facts of the Day
Registration is disabled.