So what can fit inside a C-5 Galaxy. 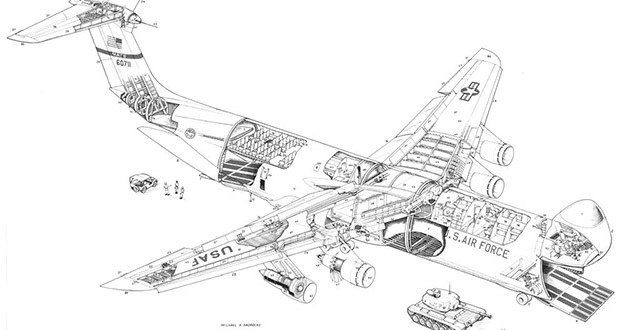 The Lockheed C-5 Galaxy has the largest lift capacity of any US transport aircraft, and the 3rd largest in the world. It is able to carry 122 tons on 2 decks, lower deck for cargo and the upper deck has seating for 73 passengers. It is a monster, but that is hard to put into perspective. 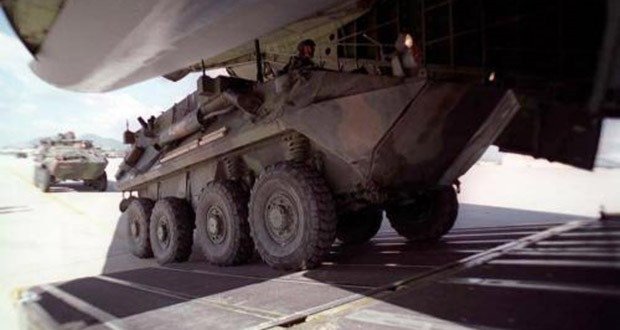 A C-5 Galaxy can hold 10 light armored vehicles, which at 12 tons each, aren’t very light at all. But lets get a bit more ambitious. 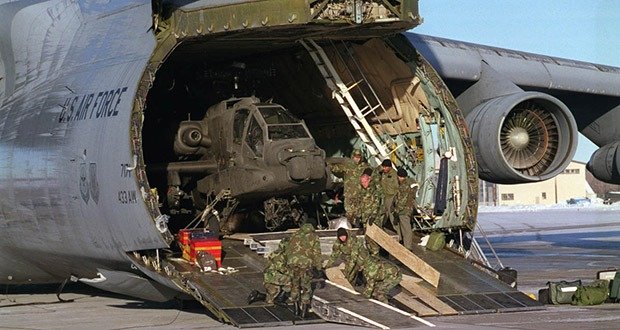 An Apache helicopter gunship is formidable weapon of war, and the C-5 can carry 6 of them. But empty of fuel and munitions they are fairly light, so lets get heavy. 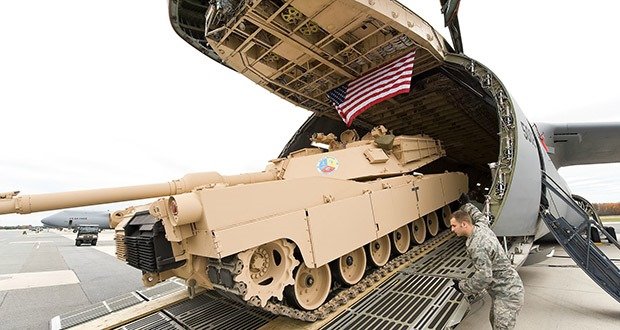 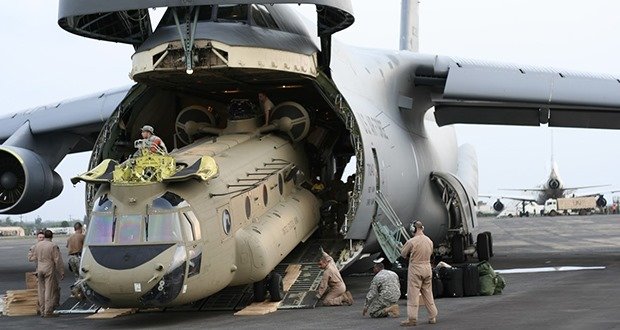 The C-5 can swallow an entire Chinook transport helicopter inside it. But what if you want to transport 30mm depleted uranium shells at 1000+m/s into enemy armor. 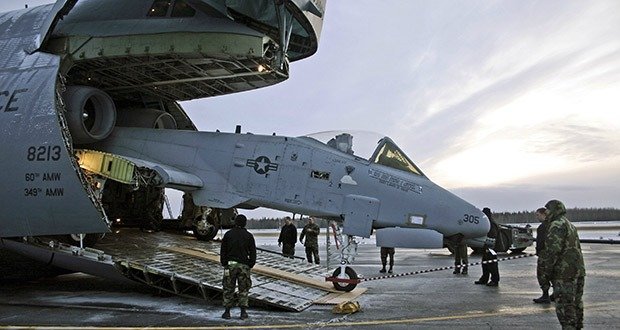 Then you’ll need one of these. A Galaxy can carry an A-10 Warthog, albeit with the wings and tail detached, to wherever you need it to be. But an A-10 is pretty slow, so what if you want to go fast? 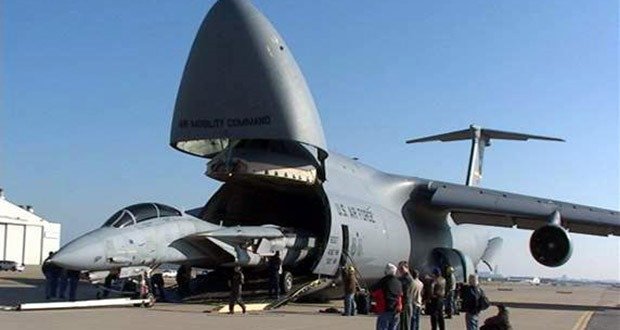 An F-14 is quite a bit faster than an A-10, and can fit nicely in the C-5’s belly. But just in case you need to bail out over the water, it might be a good idea to bring a boat. 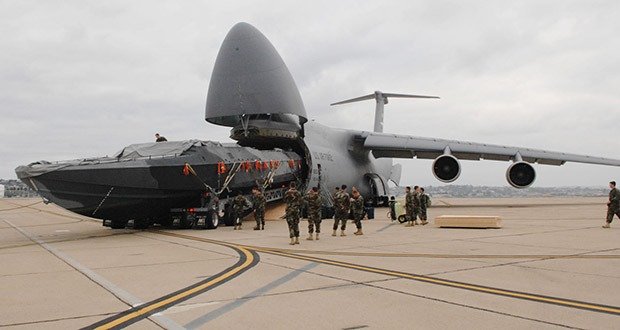 A Mark 5 Special Operations boat might be what you want. An entire boat is impressive, but for the finale we need to go really meta… 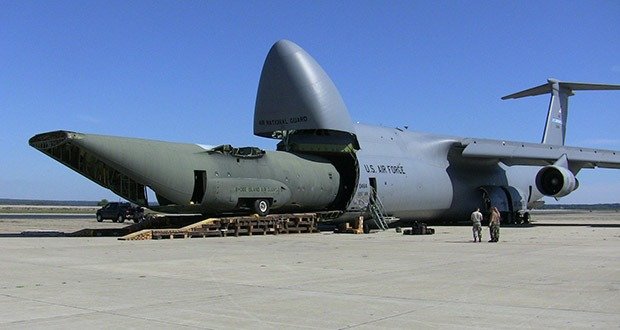 The fuselage of a C-130 transport aircraft can be carried around by this monster of the skies.