We asked our regular contributors through e-mail What is the Creepiest or most Unexplained thing that’s happened to you that you still think about to this day? We got many interesting responses. Here are some of them. We have just copied and pasted their responses, not editing them in any way. 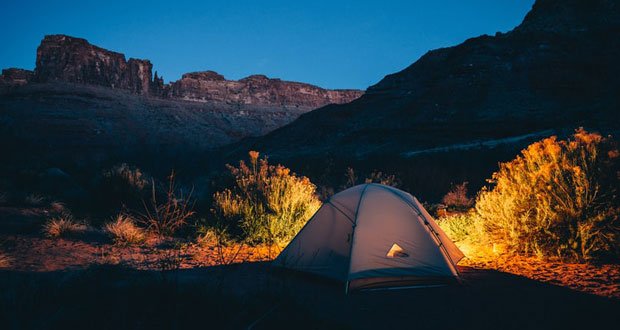 1. Was camping alone in a small 1-person tent. All snug and secure in the tent, I went to sleep. Was woken by a clap of thunder at 3 AM, to discover both the inner and outer tent door was wide open. That was freaky.

2. I was living in Boston. I woke up at 3 AM or so by my cat jumping up on my bed and curling in between my calf muscles and going to sleep. My cat would do this every night since I was 5-years-old. That was his spot. It was something I was very familiar with.

Thing is, My cat was living with my parents on the west coast. So I couldn’t understand what the hell I just felt. But I knew it was my cat… I just figured I was dreaming.

Got a call from my parents the following morning that my cat died around midnight the previous night. 3 hours behind since I was on the east coast. Guess that was my cat traveling to Boston to come to see me one last time.

3. I fell asleep on the couch and got up in the middle of the night to go to the bathroom. Once I got there I realized I didn’t have to go. I headed towards the bedroom but decided to turn around and go back downstairs to the couch. When I got there I saw my body still asleep curled up on the sofa. I don’t remember what happened after, and I know it had to have just been a dream. But, it still freaks me out to this day to think about it.

4. Maybe around age 14, the early 90s. We were traveling from TX up to Tacoma, WA. We were about out of money, almost out of gas, no food, stuck in Chico California. I sat in the car while mom took my younger sisters to the restroom at a gas station. I was riddled with anxiety about our situation and looking down. The car door opened and I looked up. A lady that looked like a brown-haired Brady mom sat in the seat and faced me. She said “It seems like you’re down on your luck. Take this and give it to your mom. Tell her to pay it forward someday to someone who needs it.” I looked down into my hand and there was a $100 bill. I looked up and she had disappeared. Nowhere in the parking lot, just vanished. I cried. When mom came back I told her what happened and she cried. We got gas. There was a guy selling oranges on the side of the road and we bought a bag and went to a local park that had a part of the river with a little spillway dam and went swimming and ate oranges for a couple of hours before getting back on the road. I never saw the lady again but she saved us and we did make it up to Tacoma to start our new life. Thank you stranger lady with invisible powers, we never forgot your kindness!

5. In college, I was roommates with my childhood best friend for about two years. We are very trusting with each other, we would go into each other’s rooms freely and grab whatever we needed. To borrow clothes, hairbrush, perfume, etc. No questions asked, just a knock if we were in the room to let each other know we were going in. Our rooms are across the hall from each other, with the hall facing the kitchen. So from the kitchen, you could see down the hall where our rooms were. At the time my friend had very long black hair and she’s very fair-skinned.

One day, I get home from work, with my headphones in my ear talking to my mom about my day. I go into the kitchen and grab a snack. I see her walk out of her room and go into the mine, leave my room and go back into hers. She looked like she just got out of the shower, her hair was soaking wet and she was wrapped in a white towel. Her long black wet hair is what I distinctly remember. Also, she made no eye contact with me but I didn’t think it was weird. I didn’t say anything to her since borrowing each other’s stuff was normal. I’m still on the phone with my mom so I don’t think much of it. I grab my snack, hang up with my mom and go into my room to watch TV. I figured she’s getting ready to go somewhere and we’ll talk later. About an hour passes and I go to the kitchen to clean the plate I ate on. I see her in the kitchen making something to eat and I tell her, “Hey, what did you grab from my room earlier? Did you find what you needed?” She looks at me like if I was crazy and says, “what are you talking about?” So I say, “yeah earlier when I got home I saw you go into my room and grab something. Did you get what you needed? Sorry I didn’t say hi I was on the phone with my mom.” She asks me if I’m sure I saw her. I said yes 100%. She tells me to grab my phone and go to her car ASAP, that she needs to show me something. I had my phone on me and she grabbed my keys from the kitchen counter along with her purse and she drags me out the front door and into her car. She then tells me she got home maybe 5 minutes before we started talking. She had spent the night with her boyfriend and hadn’t been home all day. So she has no idea who I saw. I’ll never forget the look on her face when she told me this. Complete fear and panic. She called the cops and they came along with the apartment manager. They checked the whole apartment and found no one. Nothing amiss. And they were in there a while checking every nook and cranny. The manager got maintenance to change our locks and gave us new keys that day. My friend then tells me that for a week she’d been hearing noises from her bathroom like bottles moving, and when she went to check she found nothing. I have no idea who I saw going in and out of our rooms, but it looked exactly like my friend. I don’t drink or do drugs. Not on meds. This was in 2014 and I still freak out when I think about it. 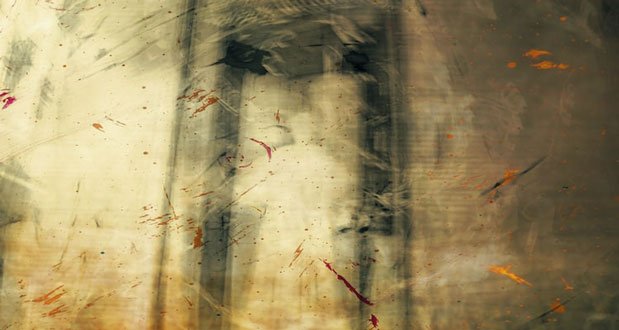 6. I had a recurring nightmare of a pitch-black parasite sucking the life it of me. Sometimes it waited for me in dark corners to go to bed. My cats always slept on my bed during that time. For me it was a very stressful time, a got an itch at the place of my chest where I dreamed the parasite was sucking my life out of me. I got sick and felt a pea-sized lump. I went to my doc and they ordered a biopsy of that lump. As it turned out I had male breast cancer at the age of 28. After I got well again the dream never came back and my cats slept in their places again and not on my bed.

The dream was creepy enough what it made for me were my cats protecting me.

7. I once woke up in a tent in the middle of the night while camping in the Upper Peninsula with my friends. I heard this dude shouting and screaming about a bear, telling it to f**k off and stuff. Naturally, I woke my buddy up and told him what was up and he said he could hear it too. We got out of our tent and searched for almost an hour around the campsite and found nothing, then proceeded to find a redwings hat that was neither of ours. We took watch turns the rest of the night. And I’m pretty sure he still has the hat to this day.

8. When I was 17 I had just gotten off my shift at Wendy’s and was sitting in the parlor for my ride and a middle-aged man approached me about a job offer, he asked me questions about my job and Wendy’s then he told me about the job he was offering. He said there were other girls and they all lived in like a dorm and the job came with benefits, it was in an office setting and other things I don’t remember but the entire time every danger bell in my body was going off full blast it felt like my body became a vibrator. I don’t remember if after the multiple rejections from me he left or if my ride had come and I zoomed outta there. The only thing I can think to this day is “Did I almost get sex trafficked?”

9. I once caught my neighbor staring at me outside my bedroom window while I was straightening my hair with no trousers on, and I immediately ducked under my windowpane as soon as I saw him. he was legit stood in this alley-way that connects the street’s back gardens, arms crossed and there for at least 15 more minutes just staring through my window. I even got a picture of it. Pretty sure I was 15.

10. Once I was hired to load firewood into my aunt’s basement. She lives alone and left the basement door open for me while she went out. I usually swing the interior basement door as wide as I can when I walk in and the door almost never closes completely but once I heard it close and when I was about to grab another load I saw that the deadbolt locked. When I walk in my arms are filled with firewood so I wouldn’t be able to lock it myself. Looked out the window and checked the garage to see if she came home but she wasn’t there. The door itself was enclosed so no wind to shut it. I tried various ways of slamming the door so it would lock by itself but nothing worked. It’s an isolated house so I would have heard someone drive up and it’s highly unlikely someone walked over just to lock the door and leave and time it while I was piling up firewood and there are wooden steps so I would have heard someone walking down them. It’s the only time I’ve seen a deadbolt lock itself in my life.