One of our readers asked us this question the other day. What is the largest space object from which a human could jump into orbit/ escape velocity? 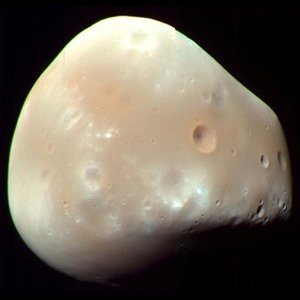 Long answer: Let’s work out how fast a human can jump on earth. Then we can compare that speed to the escape velocity of known astronomical bodies to get an idea of how big (or small) of a body we can escape from.

According to the Guinness Book of World Records, the highest standing jump onto a platform was 1.52 meters. To jump that high in earth surface gravity your velocity when leaving the ground would have to be 5.46 m/s.

But now comes the hard part, because it depends what you mean by ‘largest.’ The escape velocity for a spherical mass (like a planet) will increase with increased mass, but will decrease with a larger radius. Effectively, adding mass makes the force of gravity stronger, but a less dense body will have a greater radius so on the surface you’ll be more distant from more of the mass which will decrease the over all gravitational pull you experience. 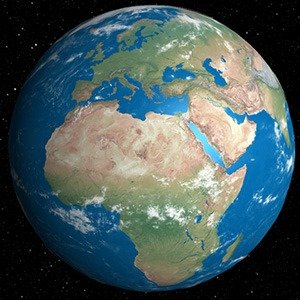 For example, the earth’s mass and radius are about 1024 kg and 6400 km, giving it has an escape velocity of 11.2 kilometers per second. This is almost exactly 2000x greater than the maximum human jump speed. But, if the earth were 1020 times less dense (and were effectively just a diffuse cloud taking up a space the size of the solar system) then you could conceivable jump from a platform and escape the earth-massed dust cloud. 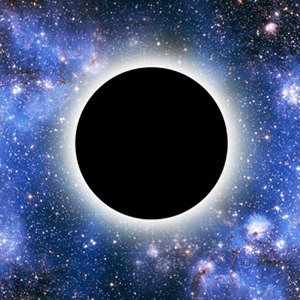 Similarly, if you make a body compact enough you can increase it’s surface gravity arbitrarily high, until it hits the point where the escape velocity equals the speed of light, at which point it collapses to a black hole. The sun, for example, has a radius of about 700,000 km and an escape velocity of about 614 km/s, but if you compressed it into a 3 km ball it’s surface gravity would be the speed of light!

I’m making this point because different bodies have different densities, masses, and even shapes, so surface gravity can vary considerably amongst bodies. This is further complicated by the fact that 5 m/s is a very small escape velocity, implying a small surface gravity. Generally, solar system bodies with surface gravity this low aren’t massive enough to pull themselves into spheres – they’re usually more potato shaped (like comet 67P, whose escape velocity is about 1 m/s). 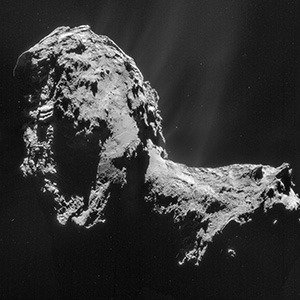 Because 67P’s surface gravity is so close to our target jump speed, I decided to do a quick literature search to find the masses, radii, and escape velocities of other asteroids (meaning, I checked Wikipedia). I got really lucky- my first guess was Deimos, potato-moon of Mars, which has a surface gravity of 5.5 m/s, which is certainly within striking distance.

There’s an easy way to attain this speed. Escape velocity doesn’t care which direction you’re traveling. You’ll escape as long as you don’t go straight into the ground (and if you are aiming for the ground, then a tunnel to the other side of the planet do the trick). This means that even a decent in shape person, with a running start, could make it off Deimos. With this in mind, along with the fact that humans can run faster than we can jump, the size of body we can escape from grows considerably. Usain Bolt, running at his record 12.4 m/s, could escape from Mars’ other moon Phobos (which is about 10x the size of Deimos), using nothing but his feet and a small incline.