One of our readers asked us this question, the other day.

If a space elevator is ever created and reaches ISS, 249 miles up in low earth orbit, what would happen if I stepped off? Would I remain geostationary with the Earth or start to orbit? 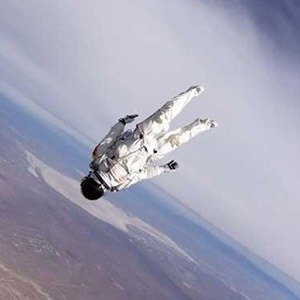 The important thing to remember is that the earth is rotating ‘underneath’ your space elevator. This means the elevator is getting whipped around the earth every day, like a child spinning while holding a toy on a string. If an ant were on the chlid and chose to climb up the string, that ant would start to go faster and faster, but if he turned around and looked down he would only see the front of the child – meaning that they were spinning the same rate. It’s cool – they’re rotating at the same rate, but one has a much higher speed. Similar to the ant, the further up the elevator you are, the faster you’ll be moving, even if your period is still 24 hours.

As you climb the elevator, you still have this same rotational period. On the space elevator tethered to the earth, you are still rotating around the center of the earth once per day, only now you’re doing it higher. So what happens when you get to LEO? The orbital speeds at LEO require you to orbit the earth much faster than once per day- closer to once per 90 minutes. This means you are not moving anywhere near fast enough to keep up with the ISS. If you were to let go, you’d start to fall back towards the earth. If you tried to grab on to the ISS as it flew by, it would probably kill you.

But what if you didn’t let go? Suppose you kept climbing, and approached geosynchronous orbit, about 20x higher than LEO. As you climb, your speed is going to increase, eventually getting to be enough to keep you in orbit if you let go, rather than falling back to the earth.

What happens if you let go at about 2/3rds of the height of geosynchronous orbit? You would start to fall back towards the earth, but you would be going fast enough to miss the ground. Essentially, the curvature of the earth will allow the ground to curve away underneath you faster than you approach it. You’d loop around the back side of the earth, skidding close to the atmosphere, and whoosh back up to where you started on the elevator. Essentially, you’d be in a highly elliptical orbit. 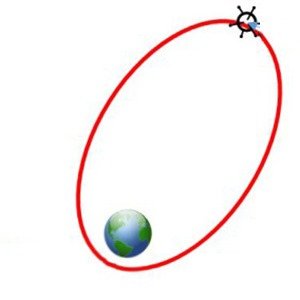 But what if you kept climbing? What happens if you let go at the height of geosynchronous orbit? Nothing. Nothing happens at all. You would float. You could let go of the space elevator and you wouldn’t drift away. You would stay right next to it. At this height, your orbital period is almost exactly 24 hours, so the sideways speed that you have gained from climbing the elevator (remember that it was ‘flinging you’ the entire time you were climbing, like the ant on the string) is exactly enough to keep you in a circular orbit over the earth, which has the same orbital period as the earth’s rotation. 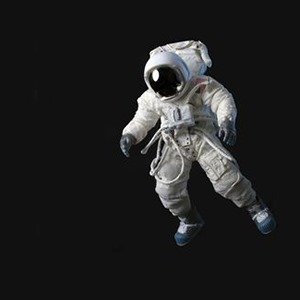