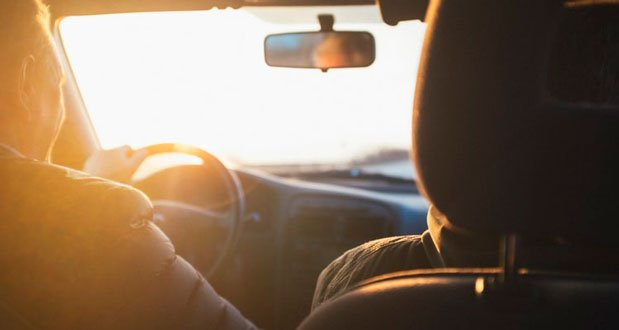 11. I had just moved to a new town and had started a brand new job at a high school a few towns over. I lived 40 min away from my work and it was the first day of school for students. I went to start my car that morning and it wouldn’t turn on—the engine had died. I had no way of getting to work and I started to panic. I wanted to make a good impression at my new school and it was my first professional job out of college. There was no way I would be able to find coverage in time and it was the first day for students and a brand new job for me, not a good look if I didn’t show up. I didn’t know anyone yet to call and this was before Uber was around. One of my new neighbors who was retired (and also up super early walking their dog) saw me outside of my car on the verge of a meltdown. They insisted on driving me to work that morning. They refused money for gas. They didn’t let me feel guilty about the distance or the situation and told me they were so happy to help because they didn’t have anything else going on that day. I was able to make it to my new job on time and everything else fell into place that day. I later found out that they were actually in the middle of a big move and were in the process of moving across the country that week since they had just retired. I still get emotional thinking about that morning and the overabundance kindness shown to me that day.

12. When I was in my early 20’s I ran out of gas 2 blocks from a gas station and had no money. A man came up to my car with a jug of gas and filled my car for me. I asked him for a way to pay him back and he said, ” I have a daughter your age and I know how hard it is. Merry Christmas.” And he walked away. I will always remember this man. So nice, so giving.

13. A guy in France I asked for directions. Not only he walked me to the place, but he also kept me company and chatted while I visited it.

14. When I was working as a cashier an older man pulled out a dollar and asked if I wanted to see something cool. Slightly skeptical, I said sure. He folded it into a little shoe and gave it to me and it was the cutest thing. Then he told me, “well you can’t just have one shoe!” And folded another into a second shoe and I still have them on my desk because I didn’t have it in me to unfold them.

15. Not me but my sister. She got severely sunburned while on holiday in Sri Lanka. We thought she was feeling better as she spent the whole previous day in bed. We went on a trip to a waterfall in the jungle (we were friends with locals who brought us). After swimming in the water her skin starts burning to the point where she is in tears and won’t let anyone touch her. We have nothing to help her. Maybe 5 minutes later some local villagers appear with aloe vera plants and proceed to gently rub it onto her skin. Total strangers who saw the situation went to their house and brought the aloe vera. It was so kind I couldn’t believe it. We ended up talking to them and they made us all dinner which we ate together from a bucket in the middle of the jungle. Unforgettable. 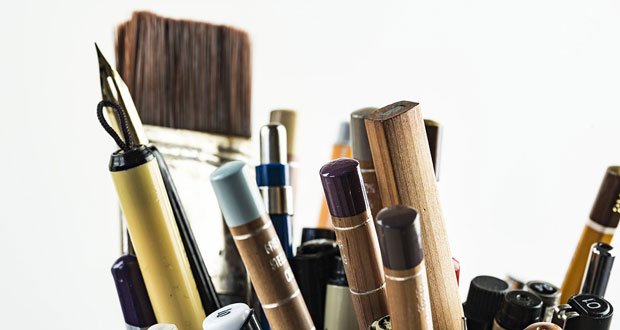 16. Up until high school, I didn’t attend many art classes due to having to attend a different school for “advanced” classes, so in terms of creativity, I was far behind my peers. This became frustrating for me once I realized I much-preferred art and literature over science, which my classes focused on. I ended up having to teach most of the basics to myself.

I would spend most of my spare time doodling and practicing my art techniques. This meant all my lunches were dedicated to it.

In my junior year, towards the end of the school year, one of the art teachers told us there was x amount of spaces left in his exhibition for the student work and we can submit our own projects that weren’t graded. I spent countless hours creating my piece for it. In the end, though, I wasn’t good enough for my work to make it in and I was crushed. I was so frustrated and upset that I stopped trying.

Few weeks later, after not touching a sketchbook since, a senior, who I have never spoken with but sat at the end of my lunch table time to time, came up behind me on his way to a class and set a piece of paper down in front of me with a drawing on it and a little caption saying “I like your work. Keep on drawing.”

He graduated a week later, so I never got to thank him properly but it was the thing that helped me to push pass my first big failure.

17. Many years ago, when my brother and I were traveling to Finland on a whim and most places were booked out, a Finnish student we encountered and asked for a youth hostel spontaneously let us sleep in her dorm’s living room. For a few days, she even gave up her own dorm room for us and stayed at her estranged husband’s place. She showed us around, bought us some typical Finnish food and sweets, and was just incredibly nice towards two naive foreigners. We stayed in contact for a bit until she went abroad, and sadly I never managed to find her again (this was before Facebook and she had a very common name). But I hope she knows how much I appreciated her kindness.

18. I had a relationship go south and I ended up taking our 10 year anniversary trip to a foreign country alone. I met a local in one of the cities I stayed in and she hung out with me all day. I showed me the lay of the land, bought me a couple of beers, and gave me a smooch at the end of the day. She was cool.

Then I saw a single mother struggling with her kids and no one was offering to help and it just reminded me that people think men are incompetent and not able to care for mini-humans.

20. Was spending a summer in Vancouver. I was doing some food shopping with my girlfriend, but we both weren’t sure if we’d been paid yet. Got to the till with all our stuff ($100 dollars worth) and as you can expect both our cards got declined.

As I was apologizing to the cashier, a woman behind us walked right up and stuck her card in the machine. I tried to tell her there was no need but she insisted saying “Someone did something really nice for me today, and I’m just paying it forward”. Was so stunned by this, tried to get her details to pay her back but she just smiled, said it was nothing and went on her way.

One of the kindest things anyone has ever done for me, thank you random Canadian lady. Thank you.