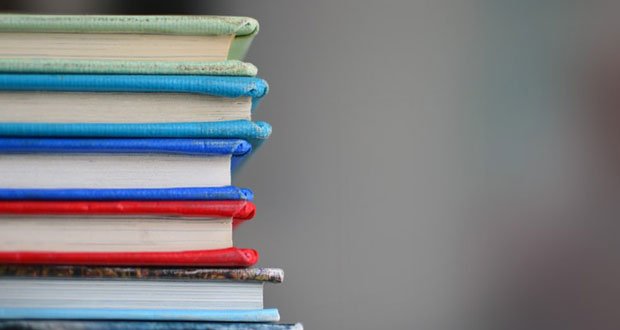 21. When I was a kid we didn’t have a lot of money, so we often shopped at thrift stores. What I loved about that was that you could get 10 books for a dollar, so I would plant myself in front of the book section and make piles of which one I wanted to get and then decided after I’d gone through them all.

One day an older lady saw me sitting with my piles and asked if I liked to read. I told her I did and showed her a few of the books I found that I liked. She smiled and then pulled a dollar out of her purse, handed it to me and said, “Promise me that you’ll keep reading.” I was so happy and immediately stood up and said that I would. She smiled and walked away and I went back to my piles able to pick out an extra 10 books to take home.

It was just a small act of kindness for her, but for me having a random stranger encourage my love of reading and making me promise to never stop definitely had a lot to do with my continued love of reading. That in turn definitely helped shaped who I am today as a writer, so she had a big effect on my life and I still think of her whenever I buy a new book.

22. I was in Paris and got into a huge fight with someone I cared about. We bolted in different directions. I jumped on a crowded metro headed for my hotel and wept. Many people stared, but one dear woman fished a tissue out of her purse for me. It was really simple, but it meant a lot.

23. I had been sent to live in “temporary housing” out of state by California social services. It turned out to be a hoarder den/meth house. I posted about the house on Tiktok and gained a lot of followers. One of the followers, a total stranger, offered to help and drove three states away to rescue me and the dog who had adopted me. She is currently helping me navigate her state’s social services programs in order to help me get my own housing. I will always appreciate her.

24. I was traveling one time and full of anxiety. I had to catch a plane later that day but had to take two trains to get to the city whence it was leaving. I was alone in a foreign country with no friendly faces. Then I overheard this one woman at the train stop where I was waiting, speaking a similar language to mine and I sort of latched on to her the whole way to my next stop. When we got there, I didn’t know where to go, so she helped me find the right platform. We were told that the departure of the train I was supposed to take had to be delayed. I freaked out, the woman helped me find the help desk and get the information I needed in case the train left too late for me to get to the airport on time. But not only that, but she also gave me 250 Euros in case I had to buy a new ticket. This woman was a complete stranger and she just handed me hundreds of dollars! The train ended up leaving like 10 minutes behind schedule, and I was so scared I wouldn’t make it that I was reluctant to board, but she assured me it would be okay and convinced me to get on. The travel agency helped me out by contacting the airport and had them hold the plane for me. I made it onto the plane, but if it hadn’t been for this woman, I might have ended up stranded in a big city, in a foreign country with no money.

25. I was eating gelato in Florence, peak tourist season plus there was a heatwave, and I was kind of a mess. Just as I finish, some random shopkeeper offers me her hand and indicates for me to follow her. In my horrible Italian, I tell her no thank you and I don’t speak Italian. She is adamant and so I figure I’ll go. She leads me to this tiny bathroom, which she unlocked for me, and gestures for me to wash my hands. I cried. I’d been traveling alone in Europe for like two weeks, living out of my backpack and sleeping on couches and buses. It was such a simple act of kindness but I will never forget it. 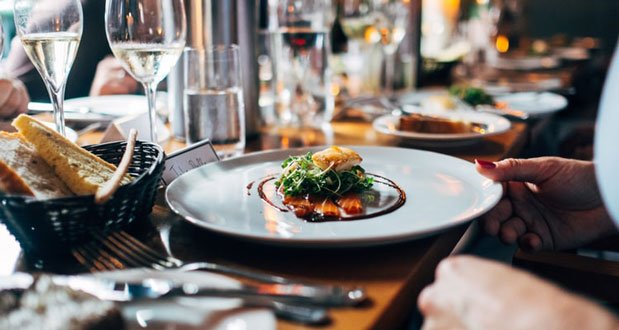 26. My 4 kids, husband and I were traveling to see family and stopped at a Red Robin for dinner while waiting for a table a gentleman next to us sneezed and I said bless you without thinking about it. We were shown our table shortly after and we ate our dinner. When the bill came the waitress told us our bill had been paid for by someone who appreciated the blessing I gave him and wanted to give us one back.

27. When I was in elementary I forgot I was getting picked up that day and hopped on the bus. I got home but didn’t have a key so I sat outside (LA heat was bad). This lady slightly down the road saw me and let me go to her house for some snacks and juice and called my mom.

Mom rushed in to find my dumbass admiring the lady’s glass chess pieces.

I don’t remember her that well (Happened about ten years ago) but I’ll never forget what she did.

28. When I was little I didn’t understand taxes and I bought a giant ice team cone and when I went to pay they said more than I had, and I was like ?!? “ What are taxes?” And the lady behind me who obviously had a lot of stuff to buy bought my ice cream for me, she was really cool in my opinion.

29. On my birthday a few years ago an older lady randomly showed up where the wife and I were having a few drinks, told me I was going to be ok someday, to have a great birthday and that my niece (who was two at the time) loved me and wouldn’t forget about me. (I was moving away in the coming year)

I thanked her and got a bit teary-eyed, then I realized I didn’t know her at all, I hadn’t mentioned any of those things that night. She must have been some kind of Saint or Avatar because she told me what I needed to hear when I needed to hear it. It still blows my mind. I don’t adhere to any specific religion but that made me feel like something strange must be going on.

30. Years and years ago, this little kid walked up to me and gave me a little baggie of stuff that he was giving out to people as a “doing nice things” gesture. It was really sweet, and I still have it.