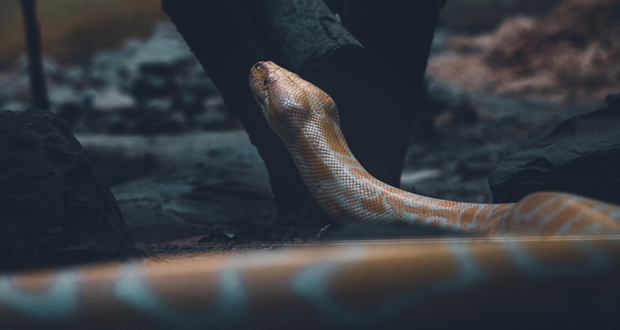 21. A roughly 4 feet long python roaming free around the room at a gathering with guests.

22. My friend’s mom always gave me a box of food when I came over. One day as I left she just handed me a box of hot pockets. As if it was just a small trinket.

23. One of the first times I met my husband’s family, I was over at their house and the husband gestured for me to sit down and be comfortable. Their house was really very cluttered. Not quite a hoarder cluttered, but close. They had a couple of couches facing each other and then some other chairs. Not knowing the ‘rules,’ I sat on one of the couches, which had a lot of stuffed teddy bears on it. OMG, you would think I had sat down on live bears. There were probably 20-30 small-medium stuffed bears on this couch. Husband’s mother and twin brother both visibly reacted as if I had damaged the bears. (Not antique bears either). That was when I was told that the couch was for the bears, and only for the bears and that no one was allowed to sit on the bears’ couch. Just the bears. The bears all had little beaded necklaces with their names on them to tell them apart because they were all the same brand and style.

24. Mountain dew with pancakes for breakfast. the kids had Fritos for teeth.

25. In 6th grade I would go over to my friend’s house. Her mom was VERY sexual. She would hardcore make out with her boyfriend on the couch in front of us kids. She once showed me a picture of a basketball team and said she dated every one of the men in that photo. The worst part is how she would rub her fingers against their little Yorkies penis and say “do you like your Willy Dilly rubbed?!” 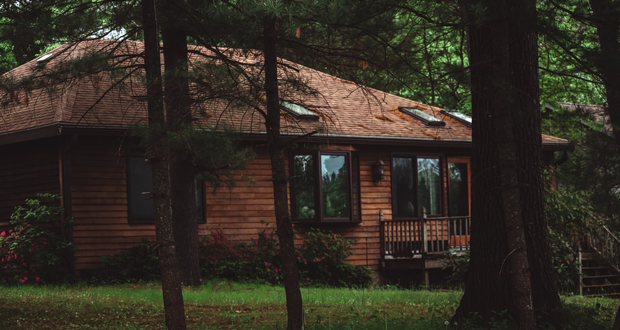 26. I was maybe 12 and visiting a friend who lived deep in the woods for the first time. They had two outdoor dogs, and one got free and ran over and attacked the other. The dog that got bit was quite a bit smaller and was definitely injured. My friend’s dad came out with a pistol and shot both dogs. It changed my life forever. I was raised in a house where dogs are family. My friend and his family didn’t seem fazed at all.

27. Went to my friend’s house after a high school exam. Walked in and his Dad and step-Dad were playing Sorry! while smoking cigars and his Mom was making out with some random dude on the couch. She gave us $20 and told us to go get a couple of large pizzas and come back.

I don’t know what was weirder, that my friend was like “It’s not even my Dad’s week with me!” all incredulous, or when we got back that his Dad and make-out dude was gone, table all set for pizza, and his step-Dad and Mom acted like it was just a normal Wednesday.

28. Went to a friend’s house as a kid. Sitting at the dining table for lunch. House phone rings. Everyone falls to the floor around me including the mum and dad. I’m the only one left sitting there. The dad informs me that I now must answer the phone. “Hello… Johnson’s house”. I hold the phone out to the dad. “Ummm it’s for you”. Everyone laughs. I am so uncomfortable. The next time that phone rang. I was the fastest to the floor I can tell you that. Such a fun-loving family. Loved going around there!

29. Went to a friend’s house that had dog sh*t all over the floor. Roaches by the thousand including dead in the microwave and freezer. And to make matters worse they had a healthy dose of bedbugs too. His excuse was he’s busy working all day. This guy was a hairstylist too. Yikes.

30. So when I was younger my dad died. My mom remarried and had two kids. I was moved into the basement. Unfinished basement. I didn’t think anything of it since I was 10. I had a sheet blocking my area from the laundry area. It had bare concrete walls, wood beams and piping across the ceiling, and cement flooring. Used a heater and dehumidifier cause it was cold and humid. When I used the heater my parents would make my sheeted area around my bed so it would heat up the space quicker. Parents didn’t allow any of my friends over and my brother and sister weren’t allowed in my room. Distant family members also never stayed over and when we had a family gathering, I was told to go into the guest room instead of my room while they were there. I thought cool, I have a huge room and no one can mess it up. My family would go on vacations yearly without me from when I was 12 till I was 18. I was the dog and house watcher. During one of those vacations when I was 17 I invited a friend to come over. They pointed out how f**ked up it was that there were bedrooms fully furnished with TVs for my brother and sister, a guest room fully furnished as well with a tv, and how I was in the basement with sheets for walls and bathroom mats on the floor. I completely dismissed it cause it was normal to me. It wasn’t till I was 20 that I found out that the family trips that I didn’t go on were paid for with money that I was getting from my dad passing away. I’m sure I got some of the money in food and clothes and whatever I needed. But it’s got me pretty f**ked up cause my brother and sister don’t have any memory of it and when I talk about it they always back my parents by saying we were raised right and I opted out of vacations. They also thought the guest room was my room.