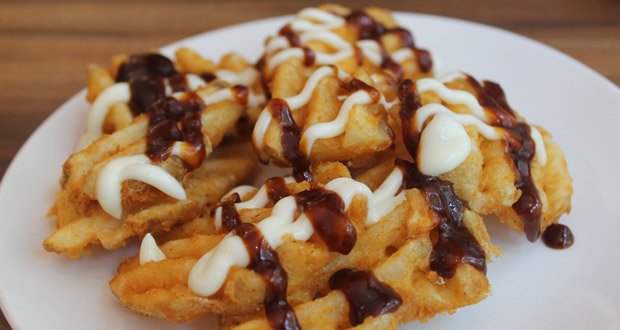 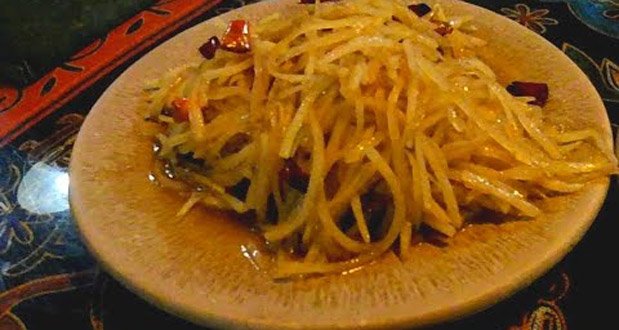 22. So I make potatoes many ways but here are my favorite two:

Baked, but on the grill. I use a knife and poke holes through the whole potato. I then place the potato in enough heavy-duty foil to completely wrap it, bust loose. Then I take a half stick of butter per potato and place it around the potato. Then I bake it on the grill. The bottom gets crunchy, potato soft, butter browns. Top as you like.

The second way is mashed. 5 pounds. I quarter the potatoes, still with skins and boil. Drain then I add half a pound of salted butter, chopped, a block of the 1/3 fat cream cheese, the Neufchâtel, globbed. I prefer the Philadelphia brand. I use this over cream cheese because it’s more pliable and creamier than the cream cheese. And then a bit of heavy cream until I get the consistency I want, and fresh ground black pepper and salt to taste.

23. Rough chop, put them in a pot with hot oil, lid on for a while to cook through and get some color.

I toss them a couple of times to get color on all sides.

Once it gets to 80% cooked I throw in diced onions with a little salt and pepper, sometimes a little more oil is needed.

Stir once in a while to make sure color is nice. Once onions are transparent and potatoes are pretty much cooked through, I throw in a handful of cheddar cheese and stir to mix.

I cook for a little with the cheese to make it melty and get some more color. Then done. More of a breakfast type potato dish, but its really good.

24. Long post here. But I have a true potato-related story which endeared me to my future father-in-law.

This happened in the spring of 1990. My wife and I started dating 6 months prior and the time came for the meet the parent’s dinner.

Her Dad was mostly Scottish/Irish and I knew he was very proud of his heritage which he researched regularly. This is important for later.

Dinner was at their house. Her Mom prepared a nice beef roast and oven-roasted potatoes.

Now, she’s never been a good cook. Passable/Edible food? Yep. But never, “Oh boy! Mom’s cooking {insert you fav food here}! I can’t wait!” That’s kind of the common thought and joke in the family. But I didn’t know that at the time.

She severely overcooked the potatoes. We all know what happens when you do that.

So I cut into the first of these potatoes as her mom and dad watched me. All the insides are missing and it’s just a shell of a potato. It looks like that scene in the movie Christmas Vacation where Chevy Chase cuts into the turkey! I would swear a big puff of air came out!

I saw her dad roll his eyes and mutter something under his breath. Definitely was embarrassed because this was our first sit-down dinner together.

I tried to lighten the situation and said, “Oh look! Irish potatoes…with the famine built right in!”

To this day, I honestly don’t know where that came from. It was just the first thought that popped into my head.

He let out the biggest laugh I’ve ever heard from him over the 20+ years I knew him. He tipped his chair back and almost fell out of it. My future wife did the same, turning red from laughing, not embarrassment. We all laughed so hard, for like 15 mins and they were crying.

It was just an offhand comment, not meant to pass judgment. But it worked on multiple levels because it was a funny comment about the potatoes and seemingly, her Mom’s cooking.

Had a nice meal after that. But that episode endeared me to him and put me square in his camp after that, especially when it came his wife’s cooking (or so I let him think).

25. Set a skillet on the stove over medium heat and melt 2 tablespoons of butter. Get a bunch of baby potatoes and slice them in half, then arrange them cut-side down in the melted butter. Season with salt and pepper plus whatever herbs and spices strike your fancy – my favorites are garlic powder and either paprika or rosemary. Cover and cook over medium heat for 5-6 minutes or until fork-tender. Stir and serve. 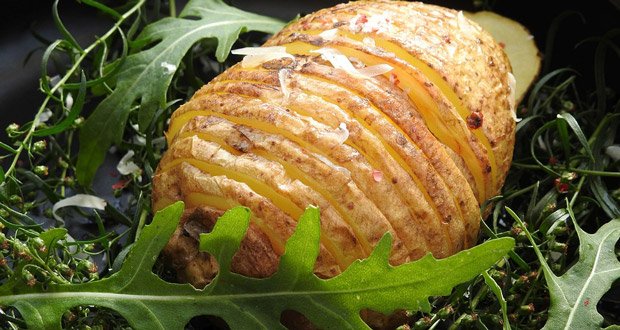 Wash some new potatoes, then make several sideways scores across the tops of them and arrange on a baking tray with the scored tops facing upwards.

Season generously with salt and pepper then cook in the oven for 25-30 minutes at 200C.

27. Back in Mcdonald’s in Ukraine we have wedged potatoes and they taste soooo good, they call it Village style potato or Kartoplya Po-Selyanksi.

28. Potato skins with cheese, meat, and jalapeños. So good, I don’t have them enough.

29. Gnocchi. Little ricotta and potato clouds that melt in your mouth.

30. Dutch Boerenkool Stamppot. It’s an old hearty Dutch dish my dear late father used to make for us. It’s basically mashed potatoes mixed with fresh kale and a large sausage (We do have those sometimes.). Delicious ancient recipe and a hearty hot dish for the winter months. He often made it for my brother, his son and me because he knew it was our favorite. Hopefully, we can try to make something close to it again.

September 27, 2019
Latest Posts
Subscribe to Blog via Email
Did you know?
Loading...
Facts of the Day
Registration is disabled.