I always wondered if somehow the sun disappeared in one instant (I know impossible). Would we notice the disappearing light first, or the shift in gravity? I know light takes about 8 minutes 20 seconds to reach Earth, and is a theoretical limit to speed but gravity being a force is it faster or slower?

The ‘speed of gravity’ is the same as the speed of light. 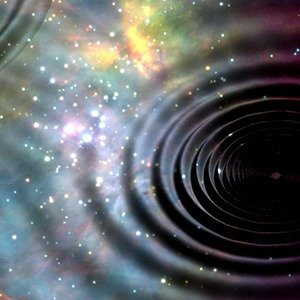 For 8 minutes and 20 second, we will notice nothing on the earth. Life will continue as it did, with us receiving light from the sun, and the earth continuing on its elliptical orbit. The effect of this gravitational wave is to ‘smooth out’ the space it passes through, eliminating the spacetime curvature that was once produced by the sun’s gravity. 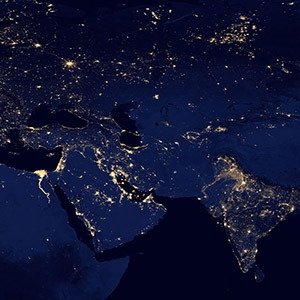 Upon reaching the earth, we would (in the same instant) see the sun disappear and everything go dark (except for the screens of a billion cell phones which would light up as people try to figure out what’s going on), and notice the planet get kicked so that it is no longer in an elliptical orbit, but now traveling in a straight line, like something thrown off of a merry-go-round.

In fact, Brian Greene gives a good explanation (with some pretty visuals) of exactly this in his series from a few years ago, and compares how the solar system would respond to the sun’s disappearance in Newton’s physics as compared to Einstein’s physics. Skip forward to about 7 minutes 20 seconds to see a visualization for what I was trying to explain about the gravitational wave. 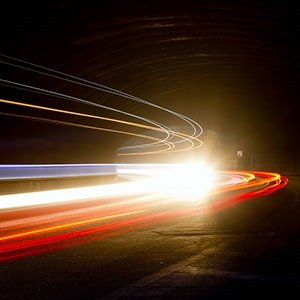 This is why the speed of light is so important to Einstein- this speed isn’t just about light, but about all massless particles. It’s a speed limit on the transmission of information which is of immeasurable importance when talking about causality in spacetime. In a naive sense, the earth can’t receive information about the sun for 8 minutes, and when it does, that information (as a gravitational wave) changes the earth’s orbit, so these two events (the sun disappearing and the earth getting kicked) are causally connected. This is an overwhelmingly important topic in physics, and making sure your theories preserve causality is one of the first litmus tests for whether a theory is any good.

So what happens to the earth next? 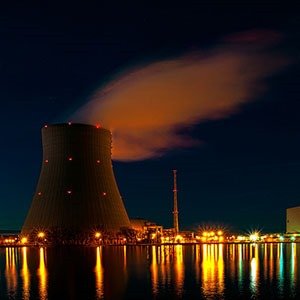 People would panic, but the lights would stay on for a while. All the coal and nuclear plants would continue to burn, but shipments of new fuel would become increasingly difficult. Rolling blackouts would start in the first few days as snow accumulates, blocking train tracks carrying coal. 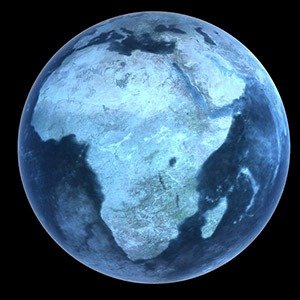 People would stock up on canned food, bottled water, and gas in the first few days. Temperatures start to drop all over the world without the heat from the sun, and winter comes early. Everywhere. The now rampant looting, rioting, and general havoc starts to slow down as the snow keeps people in doors. As water lines freeze and the gas lines go dead, the food runs out, as the last vestiges of humanity huddle in the last few buildings that have yet to be burned for warmth. Eventually, these people die too leaving the last survivors in their VIPs bunkers left over from the Cold War. They’ll survive off generator power and military discipline for a time, until both of those run out. Years go by and the ice caps will have expanded to consume the entire surface of the planet. The earth is just a ball of ice, the oceans frozen over, humanity extinct. 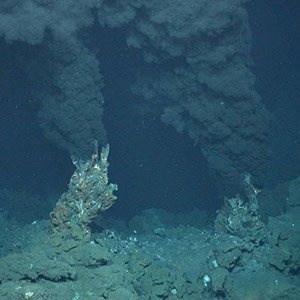 But there’s good news. Life could survive at the hydro thermal vents for a few billion more years, living off energy and heat that makes its way up and out of the core of the earth. As the last of the radioactive isotopes in the core decay, it stops producing heat, eventually growing cold over the eons, until finally even the sponges that clung to life at the ocean floor come to find the same silence that consumed humanity a billion years before… so I guess I was lying when I told you there was good news about a paragraph ago.

The earth’s orbit, on the other hand, will continue going around the center of the galaxy for pretty much ever. The moon will probably stick around, but the other planets have long since been cast off on their own orbits, never to be seen again. The odds of a flyby with another star is next to nothing, but if the earth did get close, it already has more than enough kinetic energy to escape, and will not become captured. This sort of ‘rogue flyby’ is actually a possible mechanism for disrupting orbits in other solar systems, potentially stripping those systems of their planets, and sending them hurtling out into the cold void like our own earth.