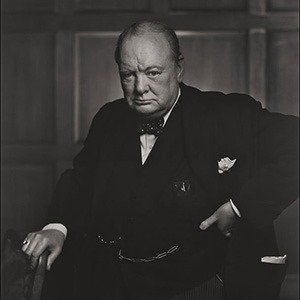 1. When photographer Yousef Karsh took a photo of Winston Churchill, Yousef took the cigar straight from Churchill’s mouth and took the above photo and hence the grumpy result. – Source

2. During Prohibition in the United States, Winston Churchill referred publicly the Constitutional amendment banning alcohol as “an affront to the whole history of mankind.” – Source

3. Winston Churchill once defined tact as “the ability to tell someone to go to hell in such a way that they look forward to the trip.” – Source

4. Winston Churchill, after being told that he could not drink in front of Saudi King due to the King’s religious beliefs, said “my religion prescribed an absolute sacred rite smoking cigars and drinking alcohol before, after, and if need be during all meals and the intervals between them.” – Source

5. Winston Churchill’s famous witticisms were planned weeks in advance by studying the issues and imaging all possible social interactions. He did this to combat his speech impediment. – Source 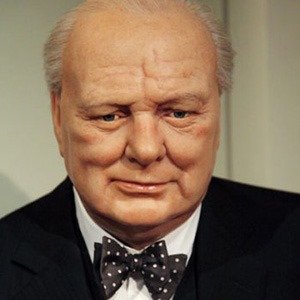 6. During the thunderous applause following his famous ‘We shall fight on the beaches’ speech to the House of Commons in 1940, Winston Churchill whispered to a colleague, “And we’ll fight them with the butt ends of broken beer bottles because that’s bloody well all we’ve got!” – Source

7. Winston Churchill’s epitaph states, “I am ready to meet my Maker. Whether my Maker is prepared for the great ordeal of meeting me is another matter.” – Source

8. Winston Churchill enjoyed bricklaying in his spare time and built several walls at his house at Chartwell. – Source

9. The first known use of the term “OMG” was in a letter to Winston Churchill 100 years ago. – Source

10. Winston Churchill drew up plans for a surprise attack against the then-allied Soviet Union. Dubbed “Operation Unthinkable,” the plan would have rearmed up to 100,000 former Nazi soldiers and kicked off World War 3 almost before World War 2 had ended. – Source 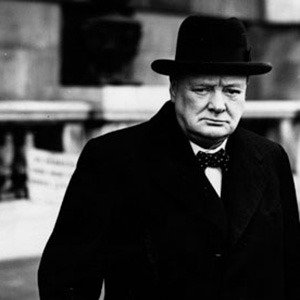 11. Winston Churchill and Mahatma Gandhi were enemies. Churchill favored letting Gandhi die if he went on a hunger strike, and during the Bengal famine of 1943 responded to urgent requests to divert food supplies to India with a telegram asking, if food was so scarce, “why Gandhi hadn’t died yet.” – Source

12. The bodyguard Walter H. Thompson saved Sir Winston Churchill over 20 times including from shrapnel during the Blitz, plots by the IRA, Indian nationalists, Arab nationalists, Nazi agents, Greek Communists and the deranged. – Source

13. When asked to comment on the contentious grammar law which states that one is not to end sentences with prepositions, Winston Churchill replied, “That is nonsense, up with which I shall not put.” – Source

14. Lady Astor, the first female British MP, was constantly at odds with British PM Winston Churchill. During a debate, she declared that if married to him, she’d have poisoned his tea. Churchill responded ‘Madam, if I was your husband, I would drink it.’ – Source

15. Winston Churchill, Theodore Roosevelt, and Ronald Reagan’s daughter have all claimed to have seen Abraham Lincoln’s ghost in the White House. – Source 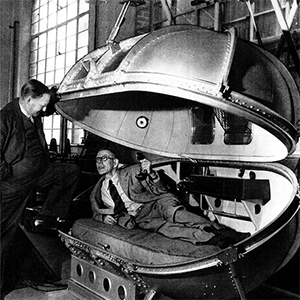 16. During WW2, Winston Churchill required a pressurized chamber known as the Life Pod to fly due to his health. It included a phone, an ashtray and an air circulation system so that he could smoke. – Source

17. When Winston Churchill traveled by ship during WWII, he had a lifeboat mounted with a machine gun so that he could “resist capture at all costs.” – Source

18. While visiting New York City in 1931, Winston Churchill was hit by a car while leaving a taxi, as he looked right, but not left, for cars, as he was used to English roads. – Source

20. In 1899 Winston Churchill was held POW in South Africa as a newspaper correspondent, and after hearing that his release was unlikely, he made a 300 mile escape by jumping freight trains and walking. – Source 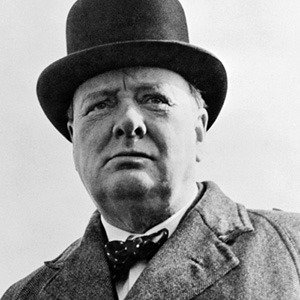 21. Winston Churchill covered up the “Katyn Massacre” of 20,000 poles by the soviets to pursue the alliance, assuring them that “We shall certainly oppose vigorously any ‘investigation’ by the International Red Cross… Such investigation would be a fraud and its conclusions reached by terrorism.” – Source

22. Winston Churchill took 60 bottles of booze with him when he set out for the Boer War. – Source

23. Both Winston Churchill and King George VI had wanted to accompany the Allied Expeditionary Force on D-Day, and were only dissuaded by an Admiral who said he would not take responsibility for them. – Source

24. During his 1941 visit to the White House Winston Churchill spent much of his personal time naked and drinking brandy. – Source

25. In 1943, Winston Churchill let millions of Indians starve to death in a manmade famine by refusing to release food rations, instead exporting food out of India. – Source