1. When the band plays “Jump Around” at University of Wisconsin football games the fans jumping registers on the Geology Department’s seismograph 2 miles away. – Source

2. 7 of the top 10 drunkest U.S. cities are located in Wisconsin, and Wisconsin plays host to 12 of the top 20 drunkest cities. – Source

3. The waiting list for season tickets for the Green Bay Packers is over 100,000 names, and about 30 years. In Green Bay and other Wisconsin cities, it is a common practice to put a baby’s name on the waiting list as soon as they are born. – Source

4. In 1955, Wisconsin senatorial blind taste test Roselip preferred margarine, insisting it was butter. It later transpired that Roselip’s wife, worried about his heart, had for years been substituting yellow margarine for butter at the Senator’s dinner table. – Source

5. Residents in Mosinee, Wisconsin held a mock Communist invasion which had concentration camps, a purged library, and inflated prices. The mayor, seemingly unaware of the plan, died due to the excitement. – Source

6. Only one person has ever been executed by the state of Wisconsin. The public execution was so graphic and horrible that Wisconsin abolished the death penalty two years later. – Source

7. The University of Wisconsin terminated its apparel contract with Nike because of their treatment of sweatshop workers in Honduras. –Source

8. The largest fire in American history was the Peshtigo fire in Wisconsin. It was on the exact same day as the great Chicago fire so it was largely forgotten. There were 2,000 casualties. – Source

9. A 15-year old from Wisconsin is the first person ever to survive rabies without a shot after the doctor suggested an experiment to put her in a medically induced coma, shutting her brain down, allowing her body to fight rabies without spreading. – Source

11. In 2010, the University of Wisconsin-Green Bay switched to from Ariel to Century Gothic as their default email font because it uses 30% less ink when printed out. – Source

12. Wisconsin has several “Seed Libraries” where people can check out seeds to grow and then return them after harvest. – Source

13. All restaurants in Wisconsin were required by law to serve cheese and butter with every meal from 1935 to 1937. – Source

14. In Wisconsin, you can go into a bar at any age and drink, so long as you’re with a consenting parent, legal guardian, or spouse who is over 21. – Source

15. Pastafarians in Wisconsin are allowed to wear their headdresses in their driver’s license photos. – Source 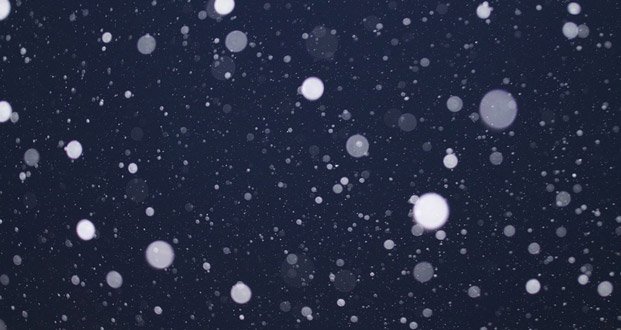 16. In 1988, a Wisconsin researcher found two identical snowflakes in the sky while in a weather balloon, disproving the idea that all snowflakes are different. – Source

17. The official bird of Madison, Wisconsin is the plastic lawn flamingo, in honor of a prank pulled by a group of college students in which they placed 1,000 of them in a lawn by the dean’s office. – Source

18. The town of Ixonia, Wisconsin was formed when the town of Union was split into two new towns in 1846; residents couldn’t agree on a name, so Ixonia was chosen by drawing letters at random. – Source

19. The Wisconsin state legislature has explicitly defined “toxic substance” in their “Employees’ Right to Know Law” to exclude Lutefisk. – Source

20. La Crosse, Wisconsin spends less on end of life care than any other place in the country thanks to a local medical ethicist who has promoted advance directives (living wills) amongst the town’s population. – Source

21. In 1968, the U.S. Navy considered building a 22,500 square mile radio transmitting antenna in Wisconsin to communicate with submarines. It would’ve covered 40% of the state. – Source

22. There is an upside-down replica of the White House in Wisconsin where visitors enter, explore, and solve mysteries. – Source

23. Researchers at the University of Wisconsin developed a working computer chip made out of wood that could help address the growing problem of electronic waste. – Source

25. The University of Wisconsin edited a photo on one of their brochures to include the face of a black student to show that the school was racially diverse. – Source

AskReaders: What is a dirty business tactic that you know and everyone should be aware of it