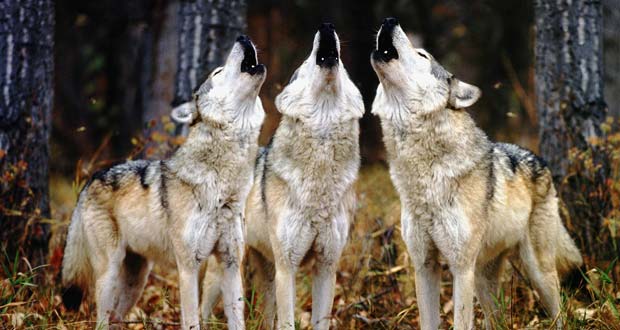 3. Reintroducing wolves to Yellowstone changed the entire geography of the park: as elk were displaced, saplings that would have been eaten by elk were spared, riverbank erosion was brought under control, and streams and rivers shifted their courses. – Source

4. There are sea wolves that live on the coast of British Columbia. They comb the beach for barnacles, herring roe, and beached whales, and some will even eat salmon. Most of these wolves have never even seen a deer. – Source

5. A Norwegian boy escaped from wolves by playing a heavy metal song by Megadeth on his cell phone. – Source

6. Dire wolves’ extinction has been related to their inability to compete for prey against faster wolves, making them scavengers. – Source

7. A breed of dog called the Komondor was bred to guard sheep because its dreadlocks are too thick for wolves’ to bite through and because it looks like a sheep. – Source

8. Contrary to the popular thinking, wolves are not dominated by an “Alpha Wolf” that is the most aggressive male, or male-female pairing, of the pack. Rather, they have found that wolf packs are similar to human families, and there is little aggression or fights for “dominance.” – Source

9. There have been only 2 human deaths attributed to wolves in North America in the 21st century. – Source

10. A fur trapper named Ben Cochrum was attacked by wolves in 1922. After shooting seven wolves and beating four to death with his gun, the stock broke and he succumbed to being “torn to shreds”. His body was found surrounded by the remains of the 11 wolves he had killed fighting for his life. – Source 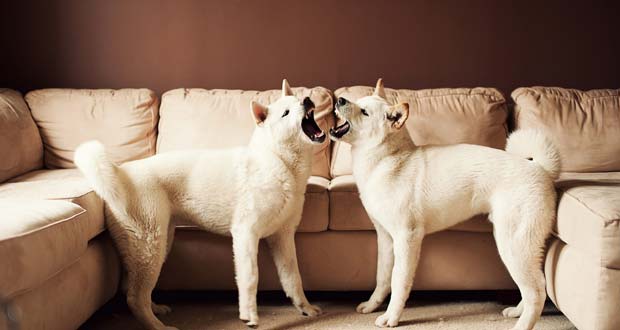 11. Dogs bark more than wolves because dogs have evolved into the equivalent of overgrown wolf puppies. – Source

12. During WWI, at one point skirmishing Russian and German forces had to declare a temporary truce to fight off a sudden onslaught of wolves that were making regular raids on trenches. The joint operation was successful. – Source

14. Wolves with black pelts owe their distinctive coloration to a mutation which occurred in domestic dogs and was carried to wolves through wolf-dog hybridization. – Source

15. There is a wolfman who lives among 29 wild wolves and has become the alpha male of the pack. – Source 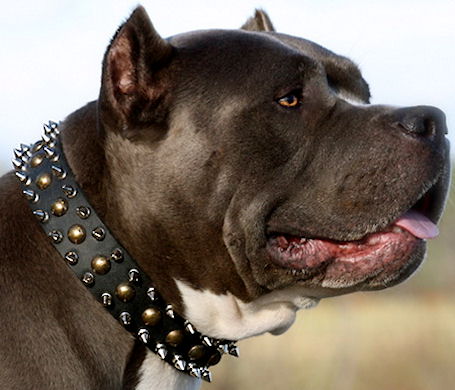 16. Spiked dog collars were originally made to protect dog’s necks when attacked by wolves. – Source

17. In 1911, Wolves attacked a traveling wedding party in Russia, consisting of 120 people. Only 2 survived. – Source

18. Through 50 years of experimentation investigating the domestication of wolves, scientists in the USSR (and later Russia) successfully domesticated the Silver Fox, a breed of foxes that behave like dogs. – Source

19. In season one of HBO’s Game of Thrones, the Dire wolves were played by a relatively new breed of dog known as the Northern Inuit Dog. – Source

20. After cosmonaut Alexei Leonov performed the world’s first spacewalk, the space capsule landed so deep in the Soviet forest that the crew had to spend the night in their capsule due to the danger of bears and wolves. – Source

21. Adolf Hitler was fascinated by wolves and sometimes used “Herr Wolf” or “Conductor Wolf” as an alias. Also, several of his military bases were named after wolves. – Source

22. A wolf’s jaw can exert 1500 pounds of pressure per square inch, twice the jaw pressure of a German Shepherd. Wolves can crush large bones in just a few bites. – Source

24. Jack Abernathy was known as “Catch-em-alive Jack” because he would catch wolves by jumping off a horse, shoving his hand in the wolf’s mouth so it was unable to bite down, and holding it down until it became docile. He performed this trick for Teddy Roosevelt during a hunt in Oklahoma in 1905. – Source

25. “Judas wolves” are wolves that are trapped and radio-collared so that hunters can track them back to their packs and kill their entire families. – Source