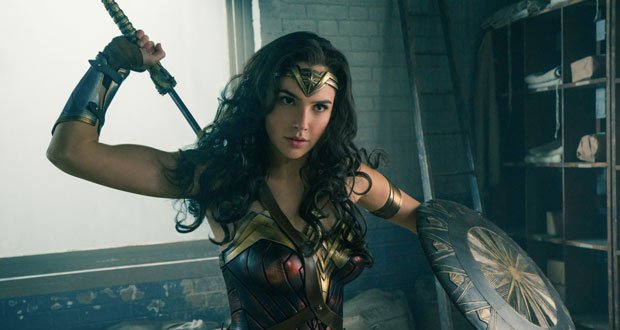 2. The scenes of Themyscira in Wonder Woman were shot in Southern Italy, on the Amalfi Coast. Production designer Aline Bonetto said the location was perfect: “Italy had beautiful weather, a beautiful blue-green sea, not too much tide, not too much wave.”

3. Gal Gadot was a part of re-shoots for the movie Wonder Woman (including stunts) while being five months pregnant. She was visibly pregnant so the crew created a costume which had a green screen around her belly, which was later removed during post-production.

4. Director Patty Jenkins was originally in talks with Warner Bros. to direct the film Wonder Woman back in 2005, but due to her unexpected pregnancy, she had to step down. Jenkins claimed that Wonder Woman (2017) is the film she has been wanting to do her whole life and that she was fortunate to come back to it.

5. The discussion in Wonder Woman in the boat about “the pleasures of the flesh” was improvised. 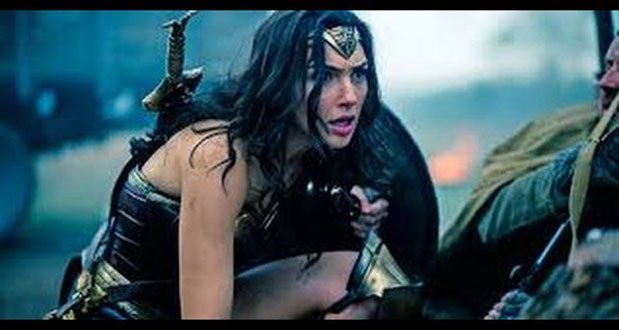 6. In the comics, Steve Trevor and Diana met in the Second World War (1939-45). However, in the film, they meet in the First World War (1914-18). The change in World Wars was made because the filmmakers thought that era was more suitable: “World War I was the first time that civilization as we know it was finding its roots, but it’s not something that we really know the history of. In this world, there are questions about women’s rights, about a mechanized war where you don’t see who you are killing. It’s such an interesting time.”

7. Some of the Amazons have flesh colored cloth over one side of their chest, almost seeming like one breast was uncovered or nonexistent (this is very apparent in the opening sequence when young Diana watches the training and Antiope walks over to talk with an Amazon so clad). This may be a reference to the fact that Amazons are often depicted in art as having one breast exposed. Ancient sources even state that Amazons cut or burned off their breast on their dominant side so that it wouldn’t interfere with combat, especially with a bow. Some ancient sources suggest that this is the source of their name; “a-mazos” in Greek means “without breast”.

8. In Greco-Roman mythology, the Amazons of Themyscira and the Greek hero Heracles share a rivalry, since Heracles seduced Queen Hippolyta and stole her enchanted belt. This carried over into both DC and Marvel comics. In the DC Comics, Hercules (who is the Roman version of the Greek Heracles) is a misogynistic and villainous character who was punished by the Amazons for defiling them; he later became an anti-hero who sought redemption for his actions. In the Marvel comics, it was the reverse. Hercules was a superhero (and Thor’s best friend) and Hippolyta and the Amazons were villains. Hippolyta’s daughter was called Artume, and she was a parallel to Wonder Woman.

9. In this film, Wonder Woman’s tiara is an heirloom from Antiope. In both the comics and television series, it can be used as a weapon.

10. In the comics, Wonder Woman got the alias Diana Prince during World War II from a U.S. Army nurse who was very similar in appearance to her and from whom she bought her credentials and name. In this movie, while she is posing as Steve Trevor’s secretary, he interrupts her introduction of “I am Diana, Princess of…” and re-names her as “Prince. Diana Prince”. 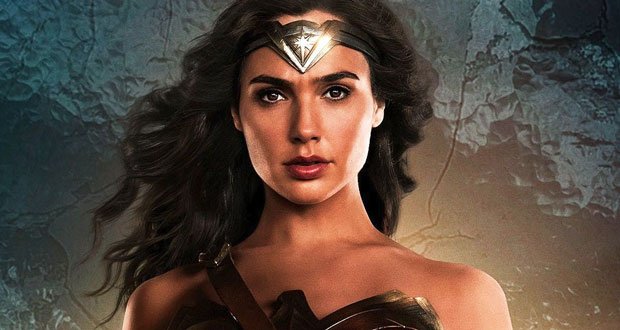 11. Wonder Woman is the first female-dominant superhero film in twelve years since Elektra (2005).

12. Every design decision made for Themyscira came down to director Patty Jenkins and designer Lindy Hemming asking, “How would women want to live that’s badass?” Hemming crafted a look to show off the Amazons’ ripped shoulders and toned legs, emphasized by wrist braces and heeled sandals, because, Jenkins explained, “As a woman, I want Wonder Woman to fight and look great at the same time. In my opinion, this means she has really long legs.”

13. The scene where Diana eats ice cream for the first time and praises the vendor is an event from the “New 52” DC Comics (2011).

14. The role of Queen Hippolyta was offered to Nicole Kidman but she passed on the role. She wanted to be part of the film because of Patty Jenkins, but scheduling conflicts with Big Little Lies (2017) prevented this. Kidman would later star in Aquaman (2018) as Queen Atlanna, mother of Aquaman/Arthur Curry (who is Wonder Woman’s ally).

15. This film is banned in Lebanon because its star, Gal Gadot, is an Israeli citizen and Lebanon is officially at war with Israel. Like the authorities in Tunisia and Qatar who banned the film, the official “explanation” for it being banned in Lebanon was that Gadot had expressed positive views of her country along with negative views of the Palestinian terrorist group Hamas, implying that if Gadot was an anti-Zionist they would not have banned the movie at all. 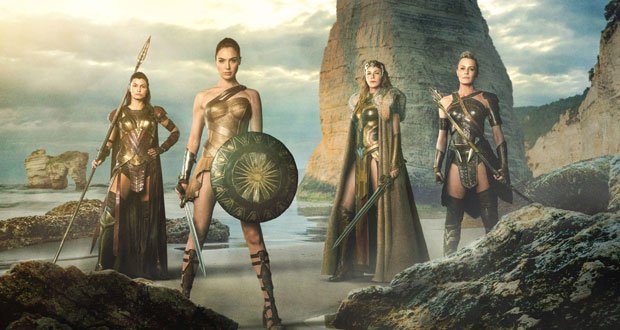 16. This film had been in development since 1996 when Ivan Reitman was hired to write and direct it. In January 2001, Silver Pictures approached Todd Alcott to write a Wonder Woman script. He was replaced in August 2003 with Laeta Kalogridis. Later in March 2005, Joss Whedon was hired to not only write but also direct the film but in February 2007, he left due to creative differences. On November 24, 2014, Michelle MacLaren was confirmed as director, but she dropped out on March 13, 2015, due to creative differences.

17. This film is part of a set up for Justice League (2017), is the start of a planned trilogy for Wonder Woman, and is the fourth film in the shared DC Extended Universe.

18. Patty Jenkins cites the work of “Wonder Woman” creator William Moulton Marston (the early stories where Wonder Woman saved Steve from Germans) and George Pérez (Greek gods influencing the world) as an influence on the film.

19. Ticket-selling site Fandango reported that Wonder Woman (2017) rounded the final leg of its marketing campaign as the most anticipated blockbuster of the summer of 2017, in a poll of 10,000 voters, the biggest survey in company history. Separately, Fandango also found that 92% of people surveyed said that they were looking forward to see a film that features a stand-alone female superhero, and 87% wished Hollywood would make more female-led superhero films.

20. The god of war Ares’ desire is to kill everyone. In the comics, he stopped this plan because Wonder Woman pointed out it would destroy him: no more people to make war meant no more war and no more Ares. In the film, he is a more spiteful character and envious of humanity, and he has a future beyond the destruction. 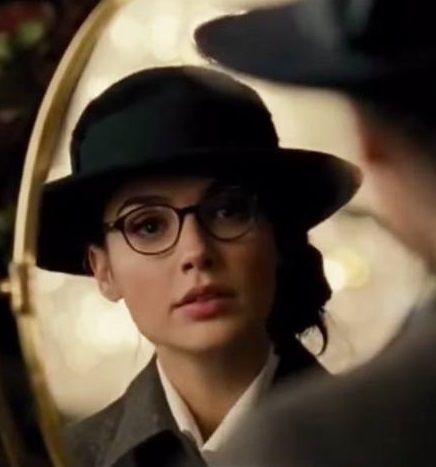 21. In this film, Diana briefly wears glasses as a disguise, but Etta Candy points out their ineffectiveness and they are soon broken during a street fight scene. This is an allusion to Diana wearing glasses in her civilian guise throughout the first season of Wonder Woman (1975), similar to Superman’s Clark Kent.

22. The big fight on the beach was shot over a period of two weeks, involving two film units and six cameras. The shots in the scene were digital composites of two separate locations: one that had white cliffs in the background, and one with a beach big enough to accommodate the action. Director of photography Matthew Jensen said that, apart from shooting such a complex visual set-up with so many cameras, actors and stunt people, the biggest challenge was to keep the lighting consistent over two weeks of changing weather conditions.

22. The World War I scenes were filmed at Upper Heyford air base in Bicester, England.

23. The film’s closing credits contain thanks to the people who made significant contributions to Wonder Woman over the years. These include “Wonder Woman” comics writers William Moulton Marston, George Perez, Jim Lee, and Cliff Chiang, and Lynda Carter

24. Steve flies a short-range airplane from Turkey to Themyscira, suggesting that the island is in the eastern Mediterranean. In most comic books, Themyscira is somewhere in the Atlantic.

25. The horse-whipping scene in the movie was shot after principal photography was completed. Director Patty Jenkins thought that the scenes where Diana approached the battlefront lacked tension, so added the scene to have Diana witness some brutality. 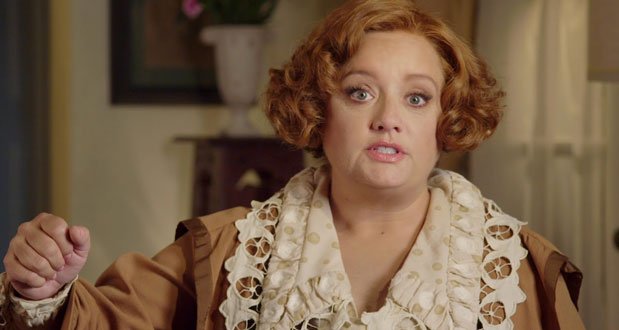 26. The character of Etta Candy, Diana’s best friend, and hero partner was part of the original Wonder Woman comics created by William Moulton Marston and H. G. Peter. She remained unused by DC Comics for decades before being reintroduced by Gail Simone as an important “Wonder Woman” character. In this film, she resembles her earliest, original version in appearance, while the character is currently depicted as an African-American woman in the comics.

27. This is the first feature in which Wonder Woman does not wear earrings. She wore red circle earrings throughout the 1970s live-action television series and in Hanna-Barbera’s long-running animated series Super Friends (1973), but wore white star earrings in Cartoon Network’s television series Justice League (2001). In the early comic books, the earrings were said to grant the ability to breathe in any environment, including outer space, but the idea was dropped as Wonder Woman’s abilities were increased.

28. When Diana rescues Steve from drowning, Steve awakens and utters, “Wow,” an American English slang, used since the early part of the twentieth century. This would explain Diana first addressing him in English, though he was dressed as a German pilot.

29. Languages spoken are English and in few scenes German, Dutch (Flemish, spoken in Flanders, Belgium), French, (modern) Greek, Chinese (Cantonese/Mandarin) and Spanish. Scenes in the town of Veld where Flemish & French are both spoken, signs are also bilingual.

30. On the Blu-Ray version, there are a bunch of bonus features, including one 20 minutes segment where they show the various women training for months for the Amazon battle scenes at the beginning of the film – one is a professional boxer with several titles under her belt, another is an Olympic athlete, there are several pro martial artists, and another is Doutzen Kroes, a Dutch supermodel who has been featured in Victoria’s Secret – you can see her in the hall when Diana is insisting that somebody should accompany Trevor back to the war.