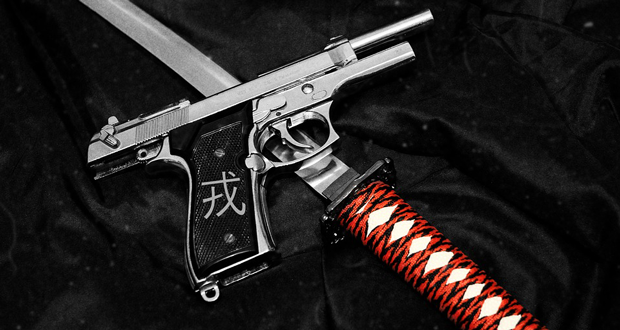 1. In 1976, a Japanese ultranationalist p*rn actor died after flying a plane into the house of a Yakuza don, Japenese mafia to punish him for accepting millions of dollars in bribes from Lockheed & betraying the samurai code. – Source

2. In Japan, a few foreign cartoons including “Bob The Builder” was suggested to be edited, adding the fifth finger to the characters’ hands. The reason was that having only four fingers implies membership of the Japanese Mafia. – Source

3. Japan’s largest Yakuza group, the Yamaguchi-Gumi, holds an annual Halloween party for neighborhood children in Kobe. “Not only were the decorations great and the gift bags full of tasty stuff, there were two big lines for cotton candy. And the gangsters were super nice.” – Source

4. After the Tōhoku earthquake and tsunami, the Yakuza sent hundreds of trucks filled with food, water, blankets, and sanitary accessories to aid the people in the affected areas of the natural disaster. – Source

5. Yubitsume is the Yakuza ritual of chopping off part of one’s pinky as either punishment or an apology. Reason: Amputation of the little finger makes a proper grip on a samurai sword impossible, weakening him in battle and forcing the person to be more reliant on his boss for protection. – Source

6. The popularity of the SNES caught the attention of the Yakuza, prompting Nintendo to ship the consoles at night to prevent theft. – Source

7. When Eisenhower planned to visit Japan in 1960, the government called on Yakuza bosses to lend tens of thousands of their men as security guards. – Source

8. A young American applied for and got a job as a reporter, reporting in Japanese at the biggest Japanese daily, and went on to uncover a deal between a major Yakuza boss and the FBI. – Source

9. Although ethnic Koreans make up only 0.5% of Japan’s population, 30% of Yakuza members are ethnically Korean. – Source

10. During a feud between two Yakuza families in the mid-80s, local newspapers printed daily “scorecards” tallying the body counts on both sides. – Source

11. Tajiri, a former WWE wrestler, refused the WWE writers’ proposal of being portrayed as/associated with a Japanese gangster gimmick as he feared that it might anger the real Japanese Yakuza. – Source

12. Over 90% of corporations on the Tokyo Stock Exchange held their annual shareholder meetings on the same day and at the same time as a tactic against being blackmailed by the Yakuza. – Source

14. Sōkaiya are trained Yakuza racketeers who buy company shares to enter shareholder’s meetings, where they disrupt the meeting and threaten to publicly share embarrassing company secrets unless the company pays them. – Source

15. The Yakuza have a 12-question question paper for new members in order to assure everyone knows the laws and limits. – Source

16. Japanese film director Juzo Itami (“Tampopo,” “A Taxing Woman”) didn’t commit suicide, as the press reported, but was murdered by the Yakuza, according to an American reporter who covered organized crime for Japan’s Yomiuri newspaper. – Source

17. Nagasaki Mayor Iccho Itoh was assassinated by senior ranking Yakuza member Tetsuya Shiroo because he had his car damaged when he drove in a hole at a construction site. – Source

18. The Yakuza have published a magazine to promote and motivate members, consisting of poetry, pictures of tattoos and interviews with top-level figures such as the godfather. – Source

19. Kodo-kai, a Yakuza group is considered not be a traditional Yakuza organization, but to be more like a mafia-type organization or terrorist organization. They also manage a private intelligence organization which specializes in espionage including police-targeted intelligence. – Source

20. The Japanese organization, Yamaguchi-Gumi has over 20,000 active members. – Source

July 6, 2018
Latest Posts
Subscribe to Blog via Email
Did you know?
Loading...
Facts of the Day
Registration is disabled.