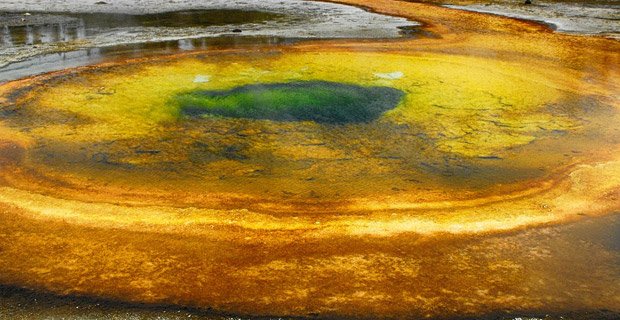 1. A previously brilliant-blue Yellowstone hot spring is turning green as a result of tourists throwing ‘good luck’ coins into it. – Source

3. A tourist controlled drone crashed into one of Yellowstone’s most delicate hot springs. Drones are now banned from all US National Parks. – Source

4. While exploring the newly discovered Yellowstone, Truman Everts got separated from the group. His horse then ran away with supplies, he fell on his campfire, fell hip-deep into a geyser, and was finally found crawling months later with frostbite weighing a mere 55 lbs. – Source 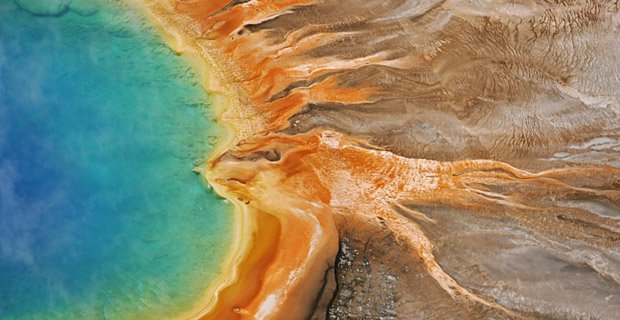 7. The Yellowstone Park bison herd (approx. 5,500) is descended from a remnant population of 23 individual bisons that survived a mass slaughter in the 19th century by hiding out in the Pelican Valley of Yellowstone Park. – Source

8. There is a 50 sq. mile area of the U.S. within Yellowstone National Park dubbed the “Zone of Death.” Legal scholars assert that due to certain technicalities involving finding a suitable jury, a person could potentially murder someone and not have to stand trial. – Source

10. Civil War General Phillip H Sheridan took control of Yellowstone due to 4,000 acres being approved for development. His efforts were successful and Yellowstone was held under military occupation until the National Parks Department was founded in 1916. – Source 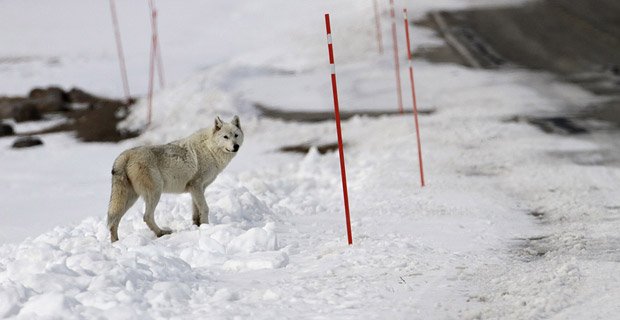 11. Reintroducing wolves to Yellowstone changed the entire geography of the park: as elk were displaced, saplings that would have been eaten by elk were spared, riverbank erosion was brought under control, and streams and rivers shifted their courses. – Source

12. On May 25th, 2015 a man discovered an orphaned baby moose in Yellowstone National Park in Montana. When he reported the calf to local authorities they shot the baby and blew up the carcasses of it, it’s dead mother and sibling to prevent grizzly bears from being drawn to the area. – Source

13. When countries signed into existence the IUPC (the highest international authority on nature conservation) international leaders were so impressed with conservation efforts at Yellowstone that the strategies were adopted as a template and implemented across the globe. – Source

14. William Henry Jackson’s photos played an important role in convincing Congress in 1872 to establish Yellowstone National Park, the first national park in the U.S. He was in a position to capture the first photographs of legendary landmarks of the West. – Source

15. Pressure building up underneath the Yellowstone supervolcano is tilting a nearby lake. – Source

16. Yellowstone Caldera is a SuperVolcano that is 40,000 years overdue, with the last eruption 640,000 years ago leaving meters of ash a thousand miles away and creating the current national park. – Source

17. Until 1970 there was a trash dump in Yellowstone National Park. Nearby, bleachers were built allowing guests to enjoy the bears feeding on human waste every night. – Source

18. Most initial reports about Yellowstone were received as Myths. – Source

19. Handkerchief Pool in Yellowstone was once as famous as Old Faithful Geyser, but by 1928 tourist not only to clean their handkerchiefs but also used it as a place to dump coins, bottles, pins, and rocks, thus plugging it up. – Source

20. Yellowstone National Park has two-thirds of all geysers on Earth and half of the world’s known geothermal features (10,000+). – Source