1. YouTube has a production space in Los Angeles that is free to use if you have 10,000 subscribers. – Source

2. When YouTube detects copyrighted material used in a video, it gives the copyright owners the choice of either taking the video down or claiming a share of the ad revenue. As a result, Psy earns money from 40,000+ different videos using Gangnam Style. – Source

3. The ad revenue made from the “Charlie Bit My Finger” YouTube video was enough for the family to buy a new house. – Source

4. When C-SPAN asked for illegal copies of Stephen Colbert’s controversial 2006 White House Correspondents’ Dinner speech to be removed from YouTube, Google bought the rights to the video and thereby saved the viral videos which were already watched 2.7M times in under 48 hours. – Source

5. Despite the popularity of Rickrolling, Rick Astley has only earned 12 dollars in royalties from YouTube for his performance share. – Source

6. If you post a funny video to YouTube and it starts to get popular, a producer from America’s Funniest Home Videos might ask you to take down the video and sign over exclusive rights in exchange for a chance at winning $100,000. The creator of “David after Dentist” turned down such an offer. – Source

7. Rather than use the marketing budget on ads for Total War-Rome, the game developers hired a group to create (entertaining) YouTube videos about the Punic Wars and Roman History. And, they suggested this group not to mention or market the game, “Just teach history”. – Source

8. In 2008, James “Angry Video Game Nerd” Rolfe, who works with Gametrailers.com, which is owned by Viacom, had his YouTube channel temporarily taken down due to his videos matching content owned by Viacom. The content ID match was to his own videos. – Source

9. When Google built a neural network and connected it to YouTube, it spontaneously taught itself to recognize cats with 74.8% accuracy. – Source

10. The idea for YouTube, in part, was conceived when the founders couldn’t find a video of Janet Jackson’s breast popping out during the Super Bowl. – Source

12. The day after Google took over YouTube, comedian Jessica Delfino’s song “My Pussy Is Magic” got banned for being inappropriate (it has medical textbook images and crude drawings of vaginas). Playboy.com then featured the video on its front page. – Source


13. There are 70 full episodes of the Joy of Painting on the official Bob Ross YouTube channel. – Source

15. Famous YouTube prankster Jack Vale made a video where he attempts to pull a stunt on the ‘local police’ which depicted them to be aggressive. Police have investigated the video and it turned out it was fake and they were all actors. – Source

16. The current CEO of YouTube, Susan Wojcicki, is the woman who rented her garage to Larry Page and Sergey Brin in 1998 when they were creating Google. – Source

17. Scientists have reconstructed YouTube videos from the brain activity of the people watching them. One day a technique like this might allow us to record our dreams. – Source

19. Web developer at YouTube optimized the video watch page so much that they started getting traffic from countries that wouldn’t try otherwise. – Source

20. The first YouTube video uploaded was of a guy talking about an elephant. – Source 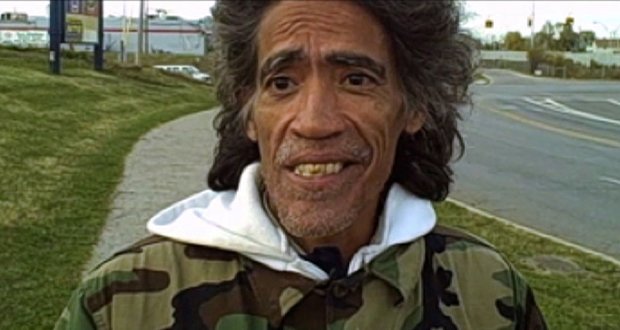 21. Ted Williams, the homeless man with a radio voice who became a YouTube sensation in 2011 never got the radio job he was offered. – Source

22. Searching “Kill yourself” on YouTube provides phone numbers to text/call if you are suicidal. – Source

AskReaders: People who are Google Search geniuses, what is your pro tip for finding stuff that no one else seems to find?