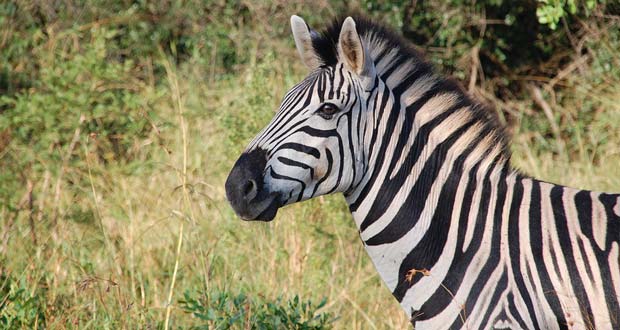 2. There is a zebra in Hawaii with “golden” stripes instead of black, due to a pigmentation abnormality called amelanism. – Source

3. Zebras are responsible for more injuries to US zookeepers than any other animal. – Source

4. A cross between a zebra and a donkey can be called a zonkey, zebronkey, zedonk, or zebadonk. – Source

5. Two zebras died of hunger in a zoo in Palestine and were replaced with donkeys painted with black and white stripes. – Source

6. Lord Walter Rothschild, an immensely wealthy banker, and zoologist drove a carriage harnessed to six zebras regularly to prove that zebras could be tamed. – Source

7. The “okapi” is an animal once thought to be fictitious; it’s basically a cross between a zebra and a giraffe. – Source

9. Quaggas, an extinct sub-species of zebra have been resurrected. – Source

10. A group of zebras is called a zeal or dazzle. – Source 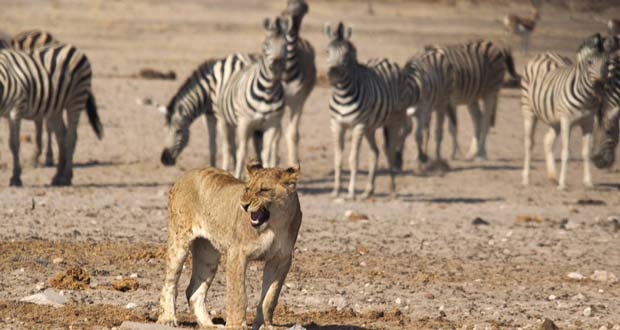 11. Zebras have been known to kill lions with one kick. – Source

13. Horses and zebras cannot live in the same areas because zebras carry a virus that has no effect on zebras but is deadly to horses. – Source

14. Scientists can identify individual zebras via a “scanner” that scans the zebra’s stripes pretty much the same way as a barcode. – Source

16. A type of zebra, known as Burchell’s zebra, can legally be farmed for meat in the UK. – Source

18. There is a pack of zebras living in California running around the Hearst castle property. – Source