Here is part 2 of Interesting Facts About Space. For part 1, click here. 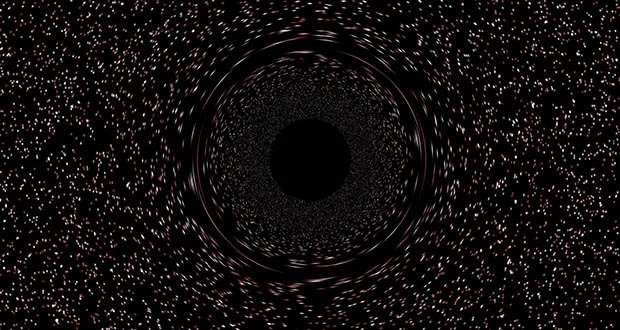 1. The Photon Sphere is a spherical region of space where gravity is strong enough that photons are forced to travel in orbits. If you were to stand in this region and look straight ahead you would see the back of your head. – Source

2. In 1993 there was proposal to build a giant advertising billboard in outer space that would appear roughly the same size and brightness as the moon. The project didn’t meet funding and inspired a bill to ban all advertisement in outer space. – Source

3. In 2007 China tested a missile and shot down one of their own satellites, accidentally creating 2,087 pieces of space debris on crazy orbits, all of which are now required to be tracked to avoid space collisions. – Source

4. The first nuclear missile test in space was “starfish prime”, which knocked out several allied satellites and disabled communications in Hawaii. – Source

5. There are 5 so called “Lagrangian Points” wherein the gravitational effects from the Sun and Earth balance out. These points could act as a solar parking space for objects within their limits. – Source 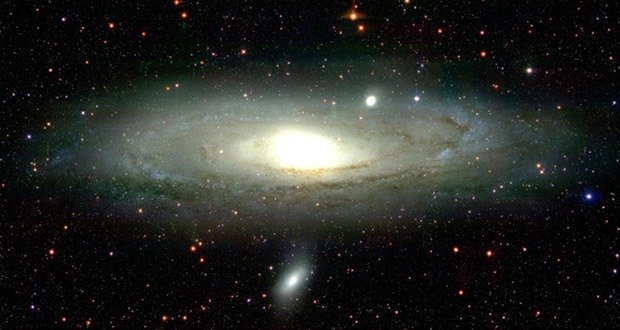 6. Milky Way has several “satellite galaxies”, smaller galaxies that orbit our galaxy like moons to a planet. – Source

7. It takes the Earth (and the Sun) 226 million years to orbit around the Milky Way Galaxy, which means Earth has made the orbit around our galaxy about 20 times since the planet is 4.5 billion years old. – Source

8. When you’re looking at the Sagittarius constellation you’re actually looking into the center of our galaxy. – Source

9. There are more trees on Earth than there are stars in the Milky Way galaxy. – Source

10. Plasma is actually the most common phase of matter in the universe. Despite being rare on Earth. The Sun, the stars, and most interstellar matter is plasma. – Source 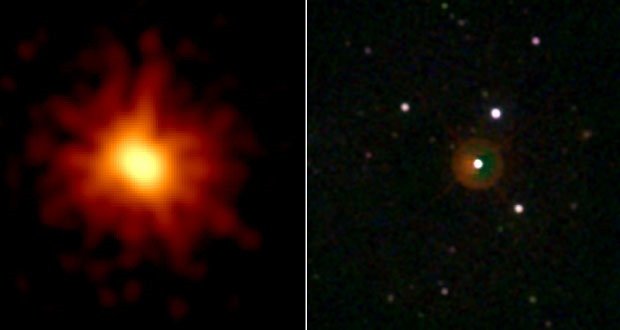 11. In 2008 a gamma ray burst was observed. It was a violent cosmic explosion, 7.5 billion light-years away, which is halfway across the visible universe, which could have been seen with a naked eye from the surface of the Earth. Anyone who saw it was looking billions of years into the past with their eyes. – Source

12. The light of galaxies greater than 14.7 billion light years away will never reach us, because those parts of the universe are receding away from us faster than the light speed. – Source

13. Graham’s number is a number so large that the observable universe is far too small to contain an ordinary digital representation of Graham’s number, assuming that each digit occupies one Planck volume (smallest meaningful measurement). – Source

14. 10,000 light years away from Earth, there is a huge cloud of alcohol. It is 1000 times larger than the diameter of our solar system and contains enough alcohol to fill 400 trillion trillion pints. To drink all of it, everyone on Earth would have to drink 300,000 pints each day for 1 billion years. – Source

15. A star discovered 75 light-years away is no warmer than a freshly brewed cup of coffee. – Source 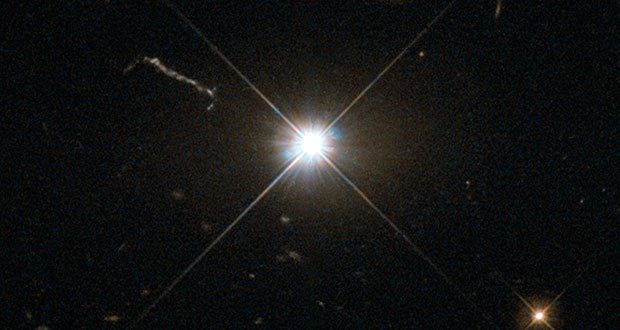 17. Astronomers detected building blocks of life in a planetary system some 455 light-years away – Source

19. The Tarantula Nebula, a region in the Large Magellanic Cloud over 160,000 light years distant, contains the most luminous known star. The nebula’s luminosity is so great that if it were as close to Earth as the Orion Nebula (~1,344 light years), the Tarantula Nebula would cast shadows. – Source

20. An exoplanet known as J1407 is a planet with a ring system so huge that it is 200x larger than Saturn’s. If it took the place of Saturn in our solar system, its rings would be brighter and more prominent than the moon in the Earth’s sky. – Source 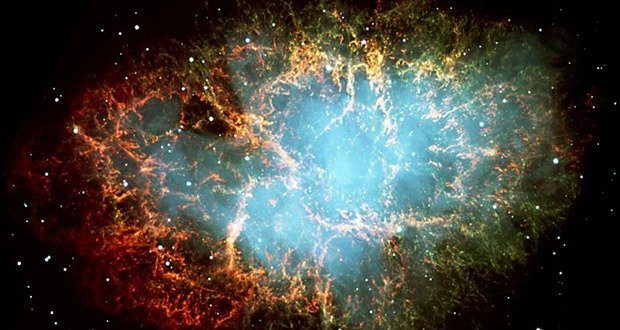 21. The Crab Nebula (part of the constellation Taurus) is a remnant of a supernova that was visible on Earth in 1054 AD. There are Chinese historical accounts that claim the event was so bright that you could see it during the daytime for 23 days. – Source

22. Our solar system is ‘unusual’ in that it only has one star, more than half of the stars in the sky are binary or triple. – Source

23. A neutron star is so dense that if you dropped a gummy bear from one meter above, it would hit the surface in a nonosecond at around 7,000,000 KM/H with the force of 1,000 nuclear bombs. – Source

24. Black holes are so dense that a black hole with the mass of Earth would be the size of a marble. – Source

25. In 2007, a supernova was detected, a type that was until then purely theoretical. This star was so massive that gravity was able to counter its thermal expansion. When things heat up, they want to expand. As this star aged, as all stars do, it tried to expand. But gravity put a stop to that. This means that the energy it was producing was more concentrated than what you see in other stars. So concentrated that it was spontaneously producing new matter out of that energy (Stars shine because they do the opposite, destroy matter to gain energy). BUT, the conversion process doesn’t discriminate on the type of matter it produces, all that matters is mass. So it was producing both matter and anti-matter. The fluctuations in energy density from constant matter-energy conversion immediately followed by matter/anti-matter annihilation resulted in fusion occurring outside the core, basically, smaller stars were forming inside of this star. It had stellar cancer. In the process, this star basically turned itself into a bomb with a matter/anti-matter primer. Whole thing blew itself to nothing. No white-dwarf remnant, not even a black hole. Explosion was way to energetic for that. – Source

AskUs: What is the biggest distinguishable difference between Alzheimer's and dementia?