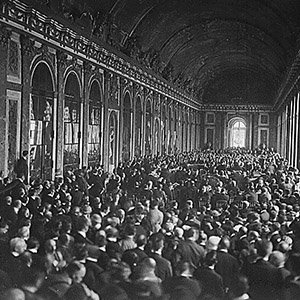 1. On 11 November 1918 after the World War 1, when the Treaty of Versailles was signed, French marshal Ferdinand Foch said “This is not a peace. It is an armistice for twenty years.” Twenty years and 65 days later, World War 2 broke out. – Source

2. In 2013, The Wall Street Journal discovered a cache of files that revealed that the U.S. government lobotomized over 2000 veterans against their will after WW2. The veterans were lobotomized for reasons such as PTSD, depression, schizophrenia, and occasionally homosexuality. – Source

3. During World War 2, captured German officers who were sent to Britain as POWs, lived in luxury in Trent Park. This was done to make them feel relaxed. However, their conversations were being heard to by over 100 ‘listeners.’ They revealed secrets about the holocaust, events in Berlin, Hitler’s madness and V2 rocket bases. – Source

4. Erwin Rommel, a highly decorated German officer during World War 2, humanely treated captured soldiers, ignored orders to kill Jews, civilians and conspired to assassinate Hitler. After Rommel’s death, soldiers on both sides paid respect to his grave and he is the only member of The Third Reich to have a museum dedicated to him. – Source

5. Singer Tony Bennet is a World War 2 Veteran who narrowly escaped death several times and took part in liberation of a concentration camp. He eventually was demoted for dining with a black friend. – Source 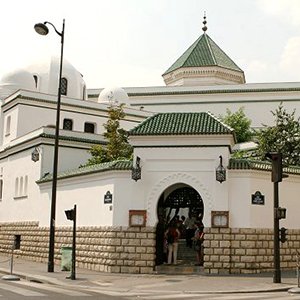 6. The Grand Mosque in Paris, under cleric Si Kaddour Benghabrit, saved hundreds of Jews during World War 2 by granting them fake papers and allowing them to hide in the catacombs beneath the mosque. – Source

7. After World War 1, French had the railway cars that Germany surrendered in stored in a museum. During World War 2, when France was preparing to surrender, Hitler ordered the walls of museum torn down and the railway cars returned to the exact spot of the 1918 armistice in order to humiliate the French. – Source

8. When the Russians soldiers retreated on German assault, they usually destroyed most buildings suitable for command posts. However, they would often leave some large buildings intact, but only after lining them with time bombs set to explode weeks later, to destroy entire German headquarters at once. – Source

9. During World War 2, two polish doctors saved the lives of 8,000 Jews in the town of Rozwadow by faking a typhus epidemic that stopped the Nazis from entering their town. – Source

10. Several religious cults in Melanesia (islands in Pacific) believed the cargo brought to American soldiers during World War 2 were gifts from the gods. Therefore they built ceremonial airstrips and ports for God to send them cargo, and practice military marches in religious ceremonies. They are known as cargo cults. – Source 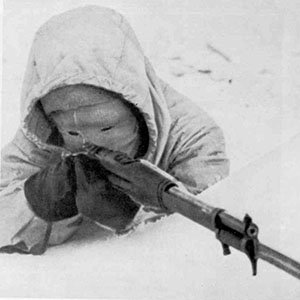 11. In World War 2, Finnish sniper Simo Häyhä, (nicknamed “White Death”) killed over 542 Soviet Soldiers in 100 days, all the while using only his rifle’s iron sights and no scope. When asked what he felt when killing an enemy soldier, he responded, “The recoil.” – Source

12. After the fall of Berlin in Word War 2, millions of German women were raped by Soviet soldiers. Over 100,000 births in the city were believed to be the result of rape. – Source

13. A German soldier during WW2 called Werner Goldberg became the German poster boy for recruitment, being branded “The Ideal German Soldier” because of his physical appearance. Ironically, he was half Jewish. – Source

14. During World War 2, US Army designated 603rd unit as Camouflage Engineers. Most of them were artists, architects, actors, set designers and engineers. Their objective was not only to teach camouflage, but to deceive the enemy. They became known as the Ghost Army. – Source

15. British prisoners of war during World War 2 were a huge morale drain on the German people. Often they would get their captors arrested by filing fallacious complaints about their treatment in the camps. – Source 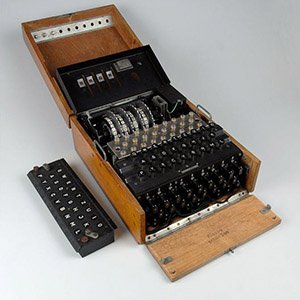 16. After the end of World War 2, Allies sold captured Enigma machines, still widely considered secure, to developing countries. These countries did not know that the Enigma code had been broken. Their supposedly secure communications were then being read regularly by the major Western intelligence agencies. – Source

17. Prisoners of war in Canada were treated so nicely that they didn’t want to leave Canada when released. – Source

19. During the outbreak of World War 2, London Zoo killed all their venomous animals in case the zoo was bombed and the animals escaped. – Source

20. During World War 2, American soldier John R. Fox died when he deliberately called an artillery strike on himself. Realizing that German troops were overrunning his party’s position, the strike delayed the enemy long enough for other American units to organize a counter attack. – Source 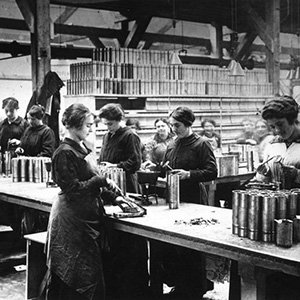 22. During World War 2, British soldiers got a ration of three sheets of toilet paper a day. Americans got 22. – Source

23. During World War 2 in Australia, there was a dog whose hearing was so acute that it could warn Airforce personnel of incoming Japanese planes 20 minutes before they arrived, and before they showed up on radar. “Gunner” could also differentiate the sounds of allied and enemy aircraft. – Source

24. In World War II, German soldiers in American POW camps were sometimes allowed to leave without guards on the honor system, visiting nearby towns. Black American guards noted that German prisoners could visit segregated restaurants that even they could not. – Source

25. United States air-dropped thousands of leaflets over 35 Japanese cities, including Hiroshima and Nagasaki, which warned citizens that “some or all of the cities … will be destroyed by American bombs” and to “evacuate the cities named and save your lives.” – Source