Here are 25 Kickass and Interesting Facts About Bullets. 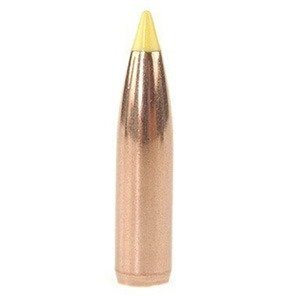 2. In November 2009, British Corporal of Horse Craig Harrison consecutively struck two Taliban machine gunners south of Musa Qala in Helmand Province in Afghanistan at a range of 2,475 m (2,707 yd) using a L115A3 Long Range Rifle. This is the longest confirmed sniper kill in combat. The bullet took over 6 seconds to reach its target and fell about 400 feet. This record was certified by Guinness World Records. – Source

4. During the early 20th century, there was some interest in mock dueling with pistols loaded with wax bullets. The sport first gained popularity in France, and heavy canvas clothing was worn to protect the body, a metal helmet with a thick glass plate protected the head and face, and the pistols were often equipped with guards on the front of the trigger guard that extended outwards to protect the shooter’s hand. For a brief time it was popular, and was featured during the 1908 Summer Olympics. – Source

5. American outlaws and robbers from the Dallas area Bonnie and Clyde died in 1933. They were shot so many time that the undertaker had difficulty embalming the bodies because of all the bullet holes. – Source 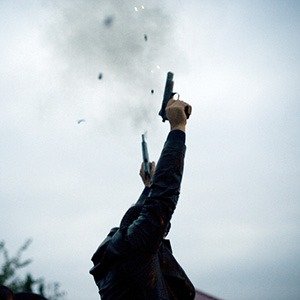 6. Bullets fired into the air usually fall back at terminal velocity. People can be injured, sometimes fatally, when bullets discharged into the air fall back down. Bullets fired other than exactly vertical are more dangerous, as the bullet maintains its angular ballistic trajectory. More than 20 people were reported killed in Iraq from celebratory gunfire following the deaths of Saddam Hussein’s sons Uday and Qusay in 2003. – Source

7. In March 2008, celebrity chef Paul Prudhomme was grazed by a .22-calibre stray bullet while catering a golf tournament. He at first thought three bees had stung his arm, required no serious medical attention, and within five minutes was back to cooking for the golf tournament. It was thought to have been a falling bullet. – Source

8. In 2007, a Florida man woke up with a headache so severe he suspected he was having an aneurism and asked his wife to take him to the emergency room, where doctors found a bullet lodged behind his right ear. The man’s wife, April Moylan, fled the emergency room when the bullet was discovered but later told deputies she had accidentally shot her husband. – Source

9. Sling bullets from the siege of Perusia in Etruria from 41 BC have been found with phrases on them such as “Take this,” “Ouch,” and even “For Pompey’s backside” added insult to injury, whereas dexai (“take this” or “catch!”) is merely sarcastic – Source

10. Lawnmowers with a standard 25-inch power blade operating at full speed can propel a piece of lawn debris with “three times the muzzle energy of a .357 magnum pistol, which can fire a bullet through the engine block of an automobile.” – Source 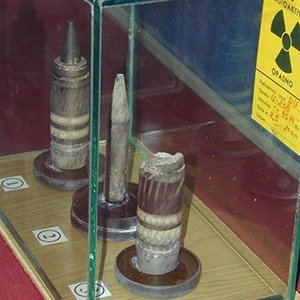 11. The U.S. and Russian Military use depleted uranium bullets that can pierce vehicle armor; once the bullet pierces the armor, it gets sharper and automatically catches on fire, igniting fuel and causing the vehicle to explode. – Source

12. When the daughters of Nicholas II (Tatiana, Anastasia, and Maria) were executed, they were carrying a few pounds (over 1.3 kilograms) of diamonds sewn into their clothing that partially protected them from the bullets, delaying their deaths. – Source

13. On 27 July 1890, aged 37, Vincent Van Gogh is believed to have shot himself in the chest with a revolver. The bullet was deflected by a rib bone and passed through his chest without doing apparent damage to internal organs—probably stopped by his spine. He was able to walk back to an inn, and there was attended by two physicians; however, without a surgeon present the bullet could not be removed.- Source

14. In September 1963, while frolicking poolside with one of his sexual partners, JFK tore a groin muscle. He had to wear a stiff shoulder-to-groin brace that locked his body in a rigid upright position. It was far more constraining than his usual back brace, which he continued to wear. The two braces made it impossible for JFK to bend in reflex when he was struck in the neck by a bullet. The president remained erect for the fatal shot. – Source

15. When China carried out executions with a bullet to the back of the head, the family of the condemned would be sent an invoice for the cost of the bullet. – Source 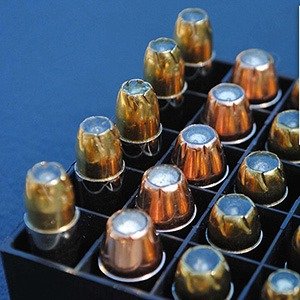 16. There is a company called Holy Smokes takes your loved one’s ashes and turns them into ammunition. – Source

17. A $20 dollar gold coin deflected a bullet that saved the life of Lt. George Dixon of Confederate Army during the Civil War. It forever became his lucky coin. The coin was found 137 years later in the sunken wreckage of the Confederate submarine, H.L. Hunley. – Source

18. Tampons have been in use as a medical device since the 18th century, when antiseptic cotton tampons treated with salicylates were used to stop bleeding from bullet wounds. – Source

19. In August, 1864 President Lincoln lost his hat when his horse was startled by a loud noise. The hat was recovered later with a “bullet hole through the crown.” The loud noise was an assassination attempt by an unknown sniper. – Source

20. Manfred Albrecht Freiherr von Richthofen aka Red Baron was a German fighter pilot who was killed because of a single bullet, which hit him while he was in the air. He managed to land his plane without damaging it before he died. – Source 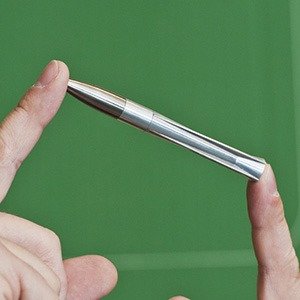 21. Engineers at Sandia Labs have created a ‘self-guided’ bullet that directs itself like a tiny guided missile and can hit a target more than a mile away. – Source

22. US military uses a self-healing coating on its fuel tanks that can allow a bullet to pierce through its walls and snap back to its original shape in a split second! – Source

23. W.V Meadows of West Point, Georgia, was shot in the eye at the battle of Vicksburg on July 1, 1863 during the American Civil War. He survived and fifty eight years later, he unexpectedly coughed the bullet out of his mouth on July 21, 1932. – Source

24. Americans buy between 10 and 12 billion bullets a year, if you include military and law enforcement. To put things in perspective, there are just over 7 billion people living on Earth.

25. Civilian spending last year on ammunition, according to the National Shooting Sports Foundation, was $8 billion. In 2011, it was $4 billion.