There are roughly 196 countries in the world, so it’s highly unlikely that you’re ever going to know everything about all of them. I’m going to tell you about some of the least known countries in the world – some of them with insane leaders, some with failing economies, some that are literally sinking into the ocean and some that made millions from mining bird crap. Here are some of the most far flung corners of the Earth. 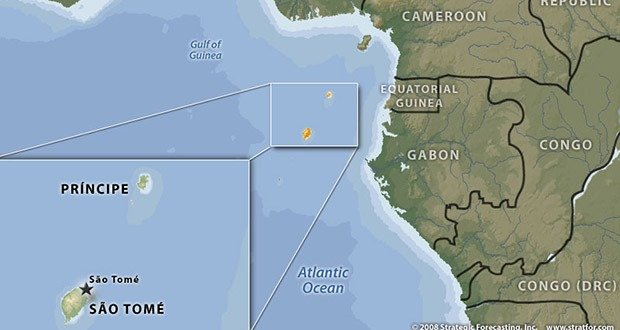 This tiny island nation off the coast of Africa in the Gulf of Guinea was long ago a Portuguese colony. It won independence from Portugal in 1975, and since then hasn’t really presented itself on the main stage. It was one of the first countries in Africa to accept a Western style democracy but there was an incident that lasted just over a week in which the native army seized power complaining of corruption in the government. The islands that make up the country are volcanic which makes the geography of this place quite unique, with most of the country’s income coming from Cocoa Beans grown in the tropical environment. 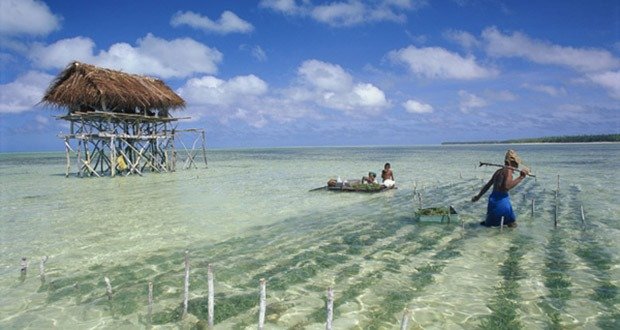 Kiribati (Prounounced Kiri-Bass (Weird, right?)) is an archipelago of islands in the Pacific Ocean that stretches across some 3.5 million square kilometres of water. It is the only country in the world to be in all 4 hemisphere (North, South, East, West) and has a population of just over 100,000. When these islands were discovered by the British in 1788, they were named the Gilbert Islands. The “Kiri-Bass” name of the country comes from the local enunciation of the word “Gilberts”. Much of Kiribati lies inches above sea level and many of it’s inhabitants live on stilt houses in the shallow reefs. Half of it’s population lives on one island, which is also the capital, Tarawa. 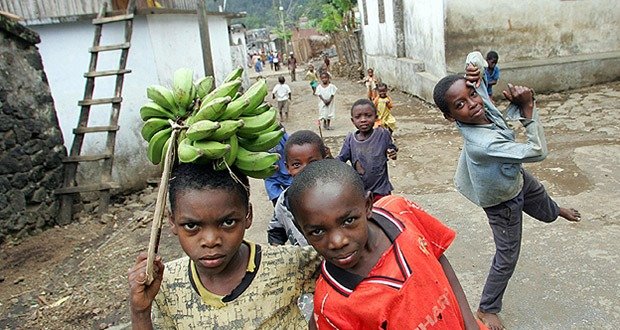 The Comoros are a tiny set of islands in between Mozambique and Madagascar just off the African continent. They are the furthest south member of the Arab League which also consists of countries like Yemen, Egypt and Saudi Arabia. They have not received much attention internationally and are considered a hidden gem by the travellers that visit. The capital city is located on Grand Comore and is named Moroni. These islands were previously a French possession and one of them remains an overseas territory of France called Mayotte, whilst the other 3 islands have joined to make this sovereign nation. Islam is the dominant religion here and it is said that in pre-colonial times that the Comoros (Roughly translated as “Moon Islands”) were an Arabian trading outpost. 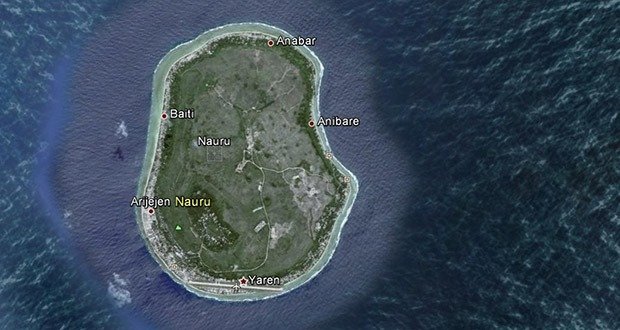 Nauru is a very interesting country. Under colonial Germany and later Australia it was named Pleasant Island, but modern conditions on the island have been described as anything but pleasant. In the 1970s, it was one of the richest countries for it’s size on Earth as it enjoyed a period of rich bird sh*t (yes, bird sh*t) mining which allowed them millions of dollars. During this time, the entire population of the island would go on elaborate government sponsored shopping trips to Japan.

Since then, the sh*t mining boom has fallen. They have literally mined out all they could from this island and have left it environmentally destroyed, meaning that it now sits in the shadow of it’s former self. A visitor to the island wrote in an article that it was “the worst place in the world”. 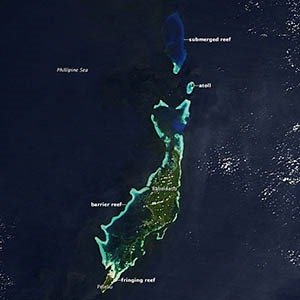 The third Pacific island country on our list, Palau has suffered years of foreign occupation, being thrown between Britain, Germany and the USA so often that it was hard for the islanders to form a national identity. They did eventually get independence however, although they still do rely on the US Dollar as a currency. Palau is interesting because it is rather large comparative to the other Pacific island countries and features a diverse and beautiful ecosystem. The only problem is, that it’s extremely hard to get to. Flights leave to the islands from Filipino airports and from a handful of other countries so many foreigners don’t see it as a worthwhile trip due to all the diversions.

The island is sparsely populated with only one major town and a presidential office that appears to have been thrown somewhere random in the country’s rainforest. There is much to explore throughout the small archipelago. 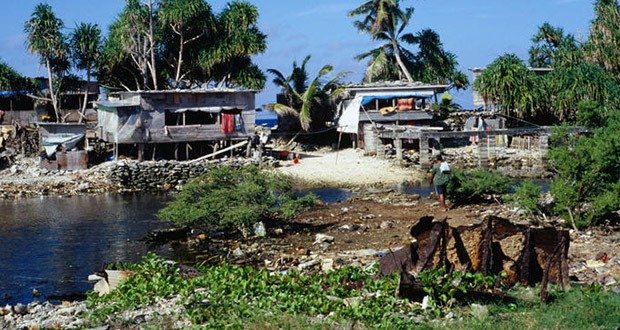 Chances are you’ve never heard of Tuvalu and chances also are that you won’t hear of it for very long. See, Tuvalu is made up of tiny coral reefs in the Pacific and due to climate change, rising sea levels are set to sink these islands in the coming years. Despite attempted activism by it’s government, Tuvalu’s voice isn’t really being heard throughout the world.

On the plus side, the country does rake in over $2 million a year from it’s web domain, which happens to be .tv . By selling this domain to companies all over the world who see .tv as an opportunity to promote a television service, this country has cleverly made a profit where much of it’s economy has begun to fail. 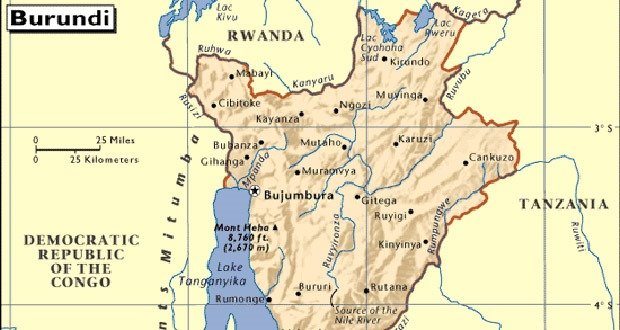 Burundi’s neighbour Rwanda suffered an infamous genocide which has led to Burundi becoming the lesser known of this pair of East African states, even though this country itself had wars between it’s ethnic groups at the same time. Located in between Tanzania and the Democratic Republic of the Congo, it has suffered many governments and coups over the year as well as being dragged into the conflict between Rwanda’s ethnic groups in the 90s and early 2000s.

Burundi is listed as one of the 5 poorest countries on Earth, and it relies flimsily on humanitarian aid from Western countries to support it’s weak economy. It’s a shame given the country is geographically rich in mountains, rainforests and beautiful views of the African Great Lakes which are completely unspoilt. 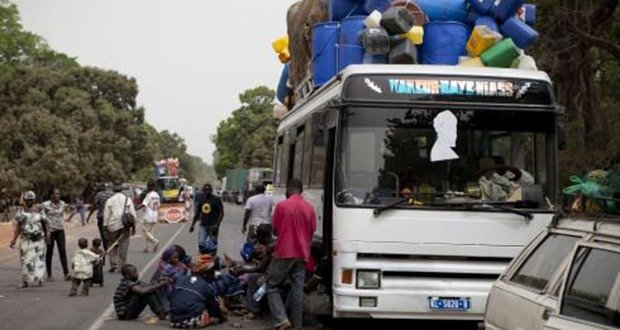 Guinea-Bissau is a tiny country in West Africa which sits in the shadow of it’s much larger neighborneighbour, Guinea. This Portuguese-speaking country has been politically unstable since independence in 1973 and none of it’s Presidents have ever served a full term without being kicked out of office. The country’s environment is currently suffering due to a rise in deforestation in an attempt to give Guinea-Bissau a main export, but this has just led to one of it’s biggest assets, it’s nature, being destroyed.

The country’s monsoon season is long and wet, meaning that the country is very susceptible to natural disaster which is unhelpful to an already poor country. 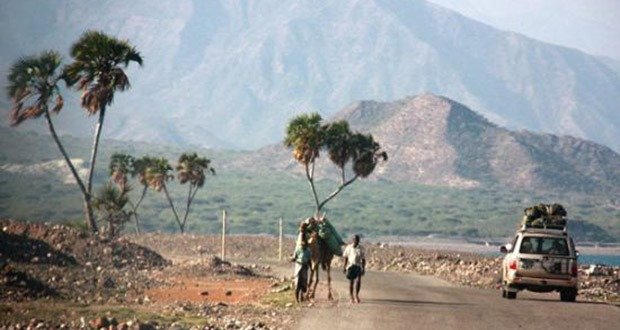 Djibouti sits between it’s extremely turbulent neighbors at the Horn of Africa. With anarchic Somalia to the South, dictatorship Eritrea to the North, starving Ethiopia to the South West and warring Yemen in the North East, it is hard to believe that this country is as stable as it is. Often considered one of the biggest allies of the Western World in Africa, Djibouti has been a French colony and is host to numerous strategic bases and one of the largest port cities in Africa. Despite this, it’s name still goes pretty unknown in world politics.

Djibouti, although small, is very diverse and only has one major city, meaning that the rest of the country lies in nearly  unspoilt desert and highlands. 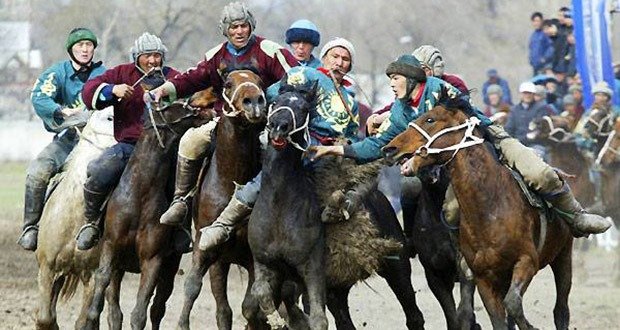 The largest of the countries on this list, Kyrgyzstan lies in wake of it’s huge neighbors – China and Kazakhstan – and it’s more closely related Tajikistan and Uzbekistan. Not many people have heard of Kyrgyzstan other than it’s odd traditions and old world way of life. The people of Kyrgyzstan haven’t really gotten over the whole Genghis Khan period. The Soviet Union rushed in like a whirlwind in the Cold War which has led to some Russian influence but since the collapse of the Union, the new government of Kyrgyzstan has been trying to instill the old values of the Mongol Empire. Horses are a huge part of Kyrgyz culture.

The country is largely mountainous or steppe, and the terrain is rough and inhospitable which is why the capital lies close to the Kazakh border where the lush plains lie. The Kyrgyz genetic makeup is a combination of Turkic, Chinese, Mongol and Russian influence.

How Hard Was It To Supply Arrows To Archers In Ancient Battles?