Here is a list of 10 Events that Almost Ended the World. 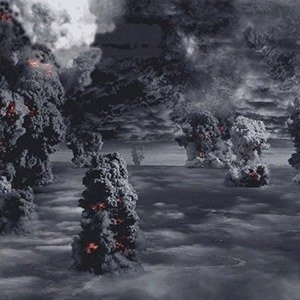 70, 000 years ago, a supervolcano erupted with a force estimated to be about 35 times that of the Indonesian Mount Tambora eruption. While reports of this event are obviously scarce, the effects must have been devastating. Many scientists say the sun must have been darkened, not for hours or days, but for six consecutive years, causing citizens to rejoice that solar power had not yet been invented.

The eruption turned the nearby fertile area of Africa into a giant ashtray, choking off streams that had been the veins through which the blood of early life flowed. By many estimates the sun-choked temperatures dropped as much as 20 degrees Fahrenheit. Humans, who had been thriving, went into a population recession. By some estimates, the number of humans was reduced to a mere 2,000 by Toba. 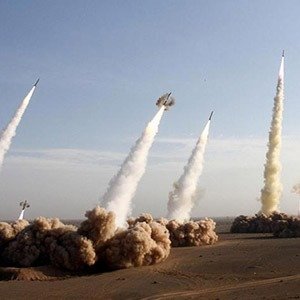 Russian Colonel Stanislav Petrov’s role in averting nuclear disaster has been widely covered. In 1983, the doomsday nuclear annihilation clock was at a scant three minutes from midnight. Monitoring banks of monitors reporting any incoming nuclear strikes, Petrov got reports of a massive attack rapidly hurtling towards Mother Russia.

Stanislav faced a decision upon which the fate of millions of lives hung: Should he report a nuclear attack, triggering a retaliatively defensive counter-strike? At first, he leaned towards recommending an all-out nuclear strike on the U.S.A. After tense deliberation, Petrov decided to do nothing, and assume the reports were a mistake. As it turned out, he was right: A 50-cent computer chip had malfunctioned, causing the system to report a malfunction when there was actually no incoming strike. 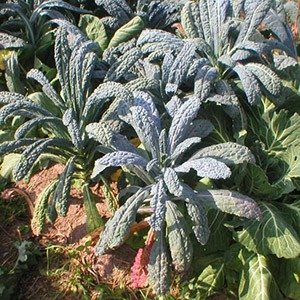 The early 1990s saw leaps in the technology of genetically modified foods and organisms. One such organism being tested by a European genetic engineering company was known by the super-boring name “Klebsiella Planticola.” A soil bacteria intended to decompose plant litter, Planticola had been tested in a laboratory incubator and determined to be safe for wheat. The company made plans to mass-produce and distribute the supposedly miraculous microscopic organism.

There was just one problem: Klebsiella Planticola was not safe for wheat; it was deadly. Not only that, its byproduct aggressively feeds on the roots of every plant, meaning the genetic engineering company was about to salt the soil everywhere Planticola was distributed. This could mean massive devastation to sensitive ecosystems and farms, an effect which would undoubtedly ripple throughout the entire world.

Fortunately, we were saved when a team of independent scientists headed by Dr. Elaine Ingham of Oregon State University decided to run their own tests. 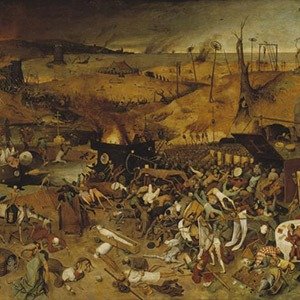 Unlike a zombie invasion, humans couldn’t find safety from the Black Plague in the shelter of a seafaring craft. That’s because, in the 14th century, merchant ships were regularly infested with black rats. Around 1345 A.D., fleas from the Orient traveled via the popular Silk Road trade route into Europe, riding on the backs of black rats like ripped-muscular rogues riding magnificent stallions. Once in Europe, the disease-ridden fleas went to work wiping out the population with illness.

In just over a decade, Europe’s population was reduced by about half. About 100 million people perished, a number estimated to be 25% of the entire population of the world at the time. In fact, the only reason the plague abated was because the stronger strains of the disease died with their hosts, if the disease hadn’t killed itself, Europe might have remained a diseased wasteland and America would’ve been settled by, we presume, Vikings. Keep in mind this occurred when trade routes were limited to dangerous seafaring crafts. In modern times, in which a parasite can board a plane and fly across the world in less than a day, the global death toll could be 50-75%. 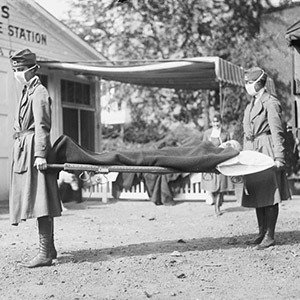 The Black Plague caught us with our dirty, diseased pants down. But with advents like soap and micro-biology, one might think a similar epidemic could not strike. And one would be exceedingly wrong

In 1918, World War 1 was shipping more than soldiers all over the planet. Tight quarters, less-than-perfect sanitation systems, and widespread troop movement caused an HN1 flu pandemic across most of the Northern Hemisphere. In the U.S., a sick military cook led to thousands being infected in a matter of days. Soon, about one million people were perishing from the disease every week.

What is significant about the Spanish Flu is its victims. Whereas the flu, and most general illnesses, tend to take down the sick, old, and young, the Spanish Flu primarily killed vibrant, healthy men and women. People from Alaska to Japan bled from the ears, hemorrhaged, and died. The mortality rate was so great that mass graves were dug and corpses buried via steam shovel. Almost every major region on Earth reported signs of the outbreak. 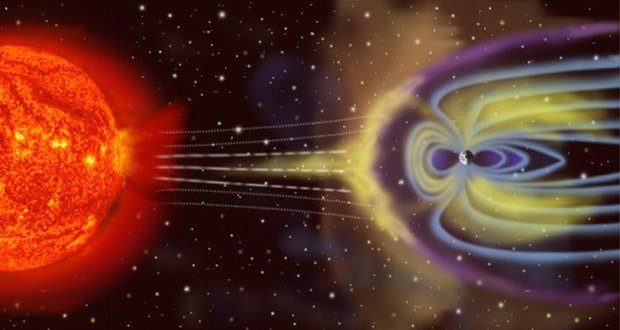 The Sun always sets in the evening, and rises at dawn. Or so we thought until 1859, when the sun reminded Earthlings that the fiery ball is enormously powerful and can do whatever it wants.

In August-September 1859, the sun proved this with a series of solar flares. The first cleared out most traces of solar wind, paving the way for an enormous flare. Because the solar winds had been cleared, the subsequent geomagnetic storm took only 18 hours to reach the Earth. It arrived on this planet in the middle of the night, “night” being a relative term considering how bright the skies got. The illumination was sufficiently intense to read by, and convinced most North Americans that it was actually morning hours ahead of time.

But, as strong as this was, “Hey it’s morning early,” isn’t sufficient to make this list of near-apocalyptic events. What was sufficient was the effects on telegraphs: Telegraph poles caught on fire and service was disabled throughout North America. The telegraphs that stayed working did so despite being completely disconnected from their power sources. 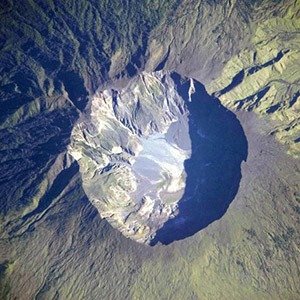 In 1815, Tambora, an Indonesian volcano, erupted with such magnitude that it may have resulted in worldwide climate change. The volume of magma that spewed from the volcano is estimated to be around 24 cubic miles. Terrifyingly enough, the magma wasn’t the most destructive part of the eruption. Several million tons of sulfur dioxide were emitted into the Earth’s atmosphere. The gas quickly turned into a large cloud which encircled the Earth and scattered sulfuric acid droplets in the form of acid rain. It’s scary to think that the precipitation that was sizzling skin in South America could be caused by a volcanic eruption on the other side of the world.

Ironically, this eruption of hot magma led to a massive cooling of the entire Earth’s surface. 1816 became known in Europe and America as the “year without a summer.” Snow was recorded falling in New England in June. This, the largest volcano eruption in history, is estimated to have killed 71,000 people. Not only that, but only about 10k died as a direct result of the eruption, the remainder perished at the hands of the resulting climate change (North America had their worst famine of the 1800s as a result). 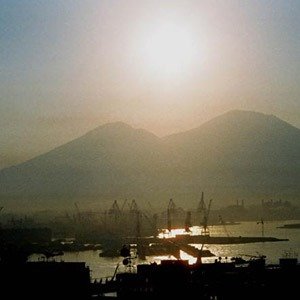 As the probably-untrue story goes, lush Iceland was given its name to discourage immigration. However, if the namers really wanted to discourage people from visiting, they should have called it “Super Volcanoland.”

The Iceland Craters of Laki burst forth with steaming lava over an eight month period between 1783 and 1784. The resulting destruction killed over half of the nation’s livestock population and probably knocked at least one-third of the letters off of the nearby town of Kirkjubaejarklaustur. The resultant famine caused one-quarter of the population to perish.

The eruption’s effects were felt all over Earth’s Northern Hemisphere, spilling sulphur dioxide everywhere. An estimated 6 million people died thanks to crop failures and droughts stretching from Europe to India. 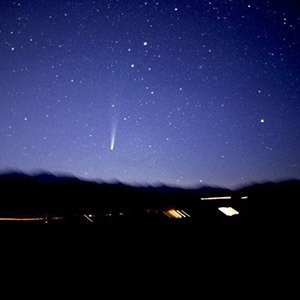 Although cosmic debris constantly bombards the planet Earth, most of it is relatively harmless. In fact, scientists estimate that, in order to have a serious impact on the entire globe, Earth would have to get hit by a space rock at least 1 kilometer wide. That’s a relief: There’s no way astronomers could miss such a rock, and would have plenty of time to send Bruce Willis into space, or whatever, right? RIGHT?

Wrong. In 1996, an amateur astronomer using binoculars detected an enormous comet passing through our solar system. At 4.8 km long, it certainly had the potential to end life as we know it. Not only that, but it was quickly determined that the Comet Hyakutake was discovered only two months before it hit Earth. It was going to be one of the closest comets of the past two centuries, and was going to (hopefully) pass by in under 60 days.

As it turned out, the comet did not end life on Earth (spoiler alert). It did pass within 0.1 astronomical units of Earth, which is an unnecessarily dramatic way of saying 15 million kilometers. 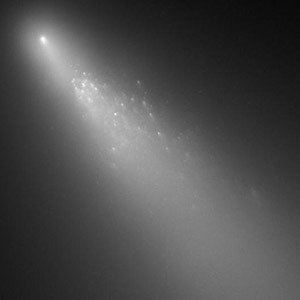 In 1883, astronomer Jose Bonilla glanced into his telescope and saw a celestial event of potentially devastating proportions. A giant comet was breaking up in front of the sun, sending thousands of fragments hurtling towards the Earth.

Scientists estimate that contact with just one of these fragments would be an impact similar in size to the Tunguska event, which felled 80 million trees in 1908. These hundreds (maybe thousands) of fragments missed Earth by distances as narrow as 400 miles. That’s like running through the forest drunk with your eyes closed without hitting a single tree.