Here are 10 Facts You May Not Have Known About Fireworks.

In the 200 B.C.s, the Chinese were writing on green bamboo stalks and heating it on coals to dry. When they left it on the fire to long the fire would explode, and the bang scared off the mountain men. This was when the firecracker was born. Fireworks were also said to ward off evil spirits.

Despite what many believe, gunpowder was used for fireworks long before it was used for weapons. At some point during the 600-900s C.E., Chinese alchemists mixed saltpeter (or more commonly known as potassium nitrate) with sulfur and charcoal.  They soon discovered the chemical recipe for gunpowder. They were looking for an elixir for immortality.

3. Huo Yao (Or Fire Drug) Is Now A Major Part Of The Chinese Cultural Celebrations

Stuffing the bamboo tubes with gunpowder created what was the first sparkler. It wasn’t long till the military took advantage of this new explosive device. The first recorded use of gunpowder as a weapon in China was 1046, and it references a gunpowder catapult. The Chinese also took their traditional bamboo sparklers and attached them to arrows. On a darker note than raining sparklers (I’ll explain why that is very dangerous next), there are also accounts of fireworks being strapped to rats for medieval warfare.

Many people don’t realize how dangerous sparklers are. They can burn up to 3000° degrees Fahrenheit. And it burns just inches away from your hand. It is suggested that you wear gloves while using sparklers and that you put them in a cold bucket of water when you’re done with them. 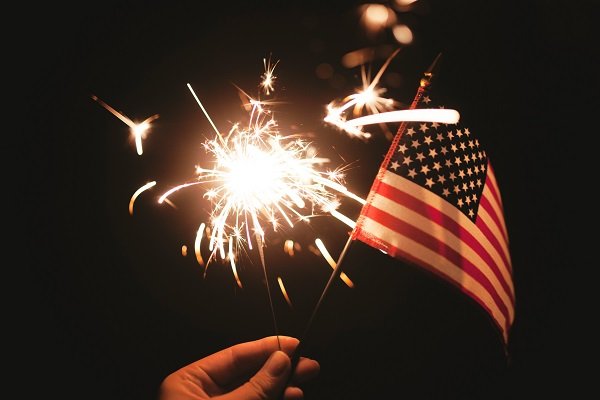 5. Queen Elizabeth I And King James II were both firework lovers.

They loved them so much that Queen Elizabeth created a court position called the Fire Master Of England, which she granted to the best and most respected firework maker in England. King James knighted the man who did the fireworks display at his coronation.

Layers of sodium salicylate, combined with the oxidizer potassium perchlorate burn one at a time. As each layer burns, it slowly releases a gas, creating the whistling sound. Aluminum, or iron flakes, can create the hissing or sizzling sounds, which is heard in sparklers. Titanium powder makes the loud blasts, in addition to the white sparks.

8. While China Invented Fireworks, It Was Italy That Gave Them Color

Most modern fireworks use aerial shells, which resemble ice cream cones. Developed in the 1830s by an Italian pyrotechnic, the shells contain fuel in a cone bottom. While the “scoop” contains an outer layer of pyrotechnic stars, or tiny orbs containing the chemicals needed to produce the desired color, and an inner bursting charge. Italians are also credited with figuring out that one could use metallic powders to create specific colors. The shapes and designs are actually created inside the aerial shell rocket. 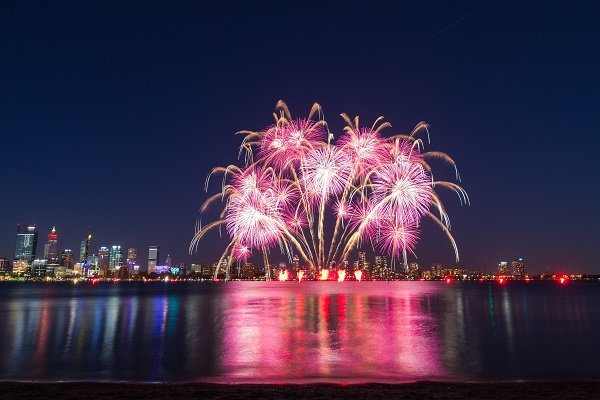 9. While He Was Believed To Have Brought Fireworks To Europe, Marco Polo Didn’t

As Marco Polo returned from China in 1295 with fireworks, Europeans were likely exposed to gunpowder earlier. In the 9th century, China began trying to control the flow of gunpowder to its neighbors, in hopes of keeping the benefits of the technology to itself in case of conflict. Given the Arabs used various types of gunpowder like weapons during the Crusades, gunpowder was most likely spread to the Middle East along the Silk Road in the intervening period, despite China’s best efforts.

10. While America Spends $825 Million On Fireworks, We Don’t Have The World Record Of Most Fireworks Displayed

No, that title belongs to South Asia’s Philippines. Iglesia Ni Cristo welcomed 2016 with the biggest bang, setting off 810,904 fireworks. Not only do they have this amazing record, but they did it in the pouring rain! The next closest is probably Walt Disney, which is the largest consumer of fireworks. They use all those fireworks for their “magic.” Disney is the second-largest purchaser of explosive devices, right behind the Department of Defense.