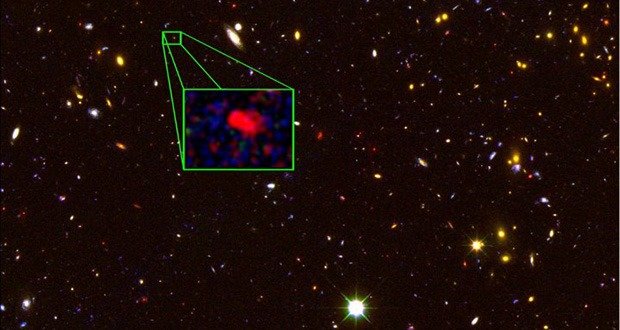 The oldest and therefore furthest known galaxy we have discovered is over 13.7 billion light years away. It’s called z8_GND_5296. The light has taken so long to reach us that the star which collapsed to form the gas that Sun is made out of wasn’t “born” yet. Galaxies this far away help astronomers understand the very early universe and how it has evolved over time. Due to the expansion of space, the distant galaxy pictured here technically wouldn’t be there anymore and would actually be “currently 13.1 gigalight-years away from us. or 4.0×109 pc.” – Source 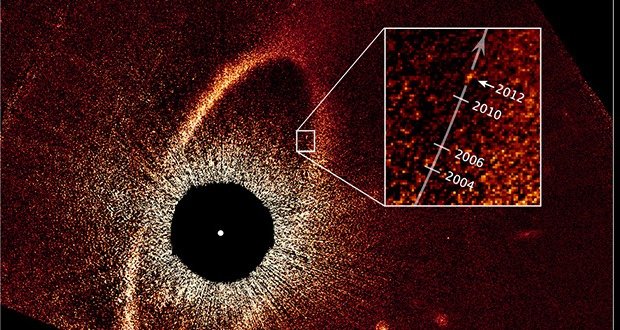 Fomalhaut b is a confirmed, directly-imaged first extrasolar object and candidate planet orbiting the A-type main-sequence star Fomalhaut, approximately 25 light-years away in the constellation of Piscis Austrinus. The object was initially announced in 2008 and confirmed as real in 2012 from images taken with the Advanced Camera for Surveys (ACS) on the Hubble Space Telescope and, according to calculations reported in January 2013, has a 1,700-year, highly-elliptical orbit. – Source

Whilst scientists were perusing some data, they noticed a pair of galaxies circling each other. This was not uncommon. What was interesting though was that they noticed there is a highly energetic blast coming from the main parent galaxy and travelling straight at its orbiting companion. They christened the bigger galaxy the “Death Star” galaxy. It is likely that any life that may have existed in the smaller of the two was completely wiped out by this jet. – Source 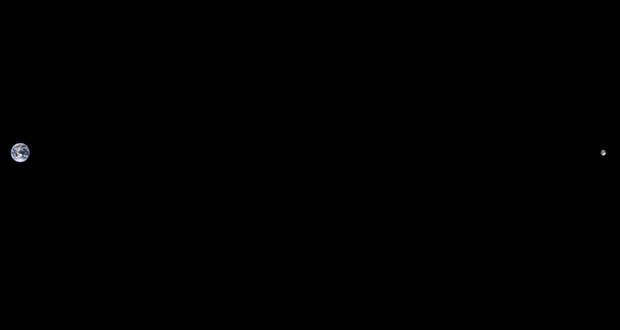 The distance from the Earth to the moon is sometimes underestimated. The image here shows a more accurate representation of the distance. – Source 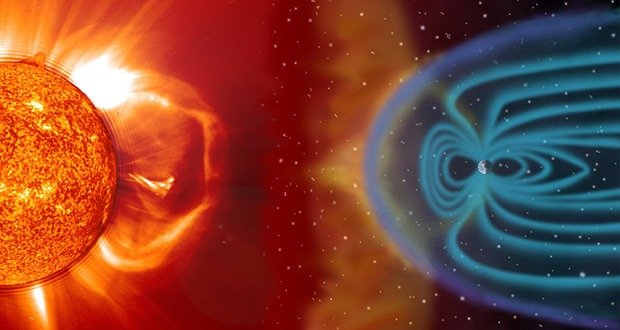 Auroras seen at the earth’s poles are an almost elastic snap back of the magnetic fields created by the earth. In simple terms, the Sun bombards the earth with high energy solar winds smashing against this magnetic field.

For night time aurora, the field stretches out to a point where it cannot maintain anymore and then snaps back to the Earth. The bounce back flings high energy particles at the Earth’s atmosphere, causing it to glow.

The aurora of the day are more difficult to see, but are caused by the energetic particles from the sun ‘breaking through the gap’ of the Earth’s magnetic field as it stretches. – Source

6. Our Solar System is Flat Because… 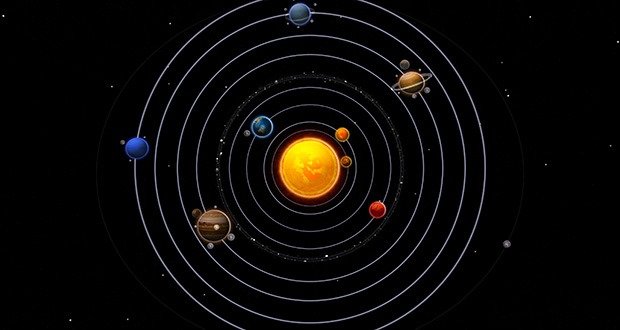 When the solar system was born it was a dense cloud of gas and dust swirling in all directions orbiting the new star. As the clouds particles crashed into each other the momentum they carried cancelled out. The direction with the most momentum managed to keep going. Over time this caused the cloud to flatten out into a disk through which the planets formed. – Source

Interestingly though Pluto actually angled at around 20 degrees offset. This could possibly be due to its distance from the Sun or its mass. 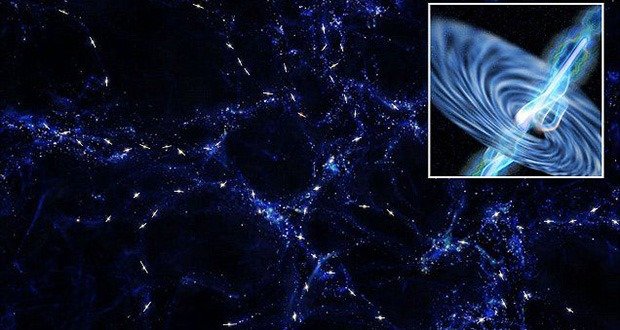 European astronomers using ESO’s Very Large Telescope have found that the rotation axes of quasars are parallel to each other over very long distances and tend to be aligned with the so-called large-scale structures in which the quasars reside. Quasars are galaxies with very active supermassive black holes at their centers. These black holes are surrounded by spinning discs of extremely hot material that is often spewed out in long jets along their axes of rotation. When astronomers look at the distribution of galaxies on scales of billions of light-years they find that the galaxies form a cosmic web of filaments and clumps. This intriguing arrangement of material is known as large-scale structure. – Source 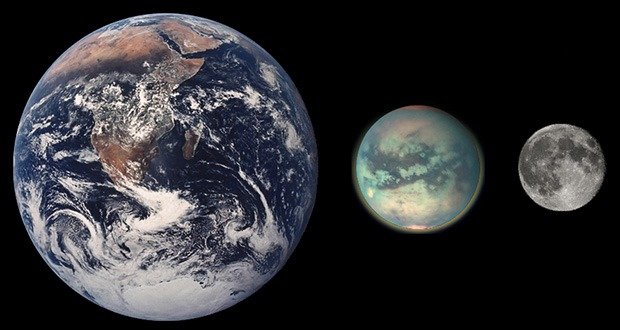 Saturn’s moon Titan is the one of the few bodies in Solar System that has land, liquid oceans and atmosphere. One of the most interesting things about Titan is its atmosphere, which comprises of 90-95% Nitrogen. This is comparable to Earth’s 80% Nitrogen. Titan may look similar to earth, but it is different chemically. Titan’s oceans are made up of liquid methane. Titan may seem similar to Earth due to its features such as rivers, lakes, dunes and seasonal weather patterns. Titan is uninhabitable because it is inside the Saturn’s magnetosphere. Temperature on the moon is cold enough that it rains liquid Methane. Enceladus, which is another one of the Saturn’s moon also probably, has liquid oceans and solid ice. – Source 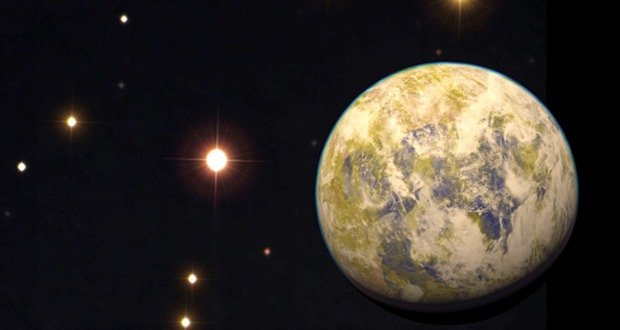 A super-Earth is an classification given to any extrasolar planet with mass higher than Earth’s, but substantially below the mass of the Solar System’s smaller gas giants Uranus and Neptune, which are 15 and 17 Earth masses respectively. The term super-Earth refers only to the mass of the planet, and does not imply anything about the surface conditions or habitability. – Source

Analysis of data taken from studies into Andromeda’s red-shift (the term referring to the devolution of light as it carries over time, warping its frequency/color) states that Andromeda is heading right for us. The Milky Way and Andromeda will one day collide with one another and the supermassive black holes at their cores will merge. The collision will burst billions of stars into existence and force supernovae onto millions of others. Due to the relative position of the Earth in the Milky Way at that point, probably nothing will happen or it’s going to be armageddon. It’s likely that the Earth and Sun won’t be around by this point anyway. The event sits right on the cusp of when we expect the Sun to be dying. In either case, there’s still going to be a ‘collision’. – Source