Today’s lesson is on legendary cultural heroes who founded cities and countries. 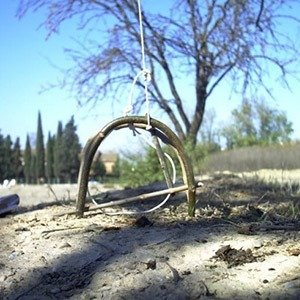 The son of a chieftain from an island in the Pacific Ocean, Isokelekel took on mythical status as the years passed, with his birth eventually being attributed to the Micronesian thunder god Nan Sapwe, who fled the island of Pohnpei after committing adultery with the local chieftain’s wife. Isokelekel was born shortly after and he raised an army to leave the island of Kosrae and take over Pohnpei. (Some versions of the myth have Isokelekel’s conquest serving as punishment for the pride and sin of the local populace.)

Nevertheless, Isokelekel defeated his enemies and established a new civilization on the island. He also instituted a fairer method of ruling, wherein power was decentralized and (slightly) more democratic. After serving as ruler for a number of years, Isokelekel eventually ventured to a magic tide pool. There he noticed that he had become withered and gray with age; because of this, he decided to go home and commit suicide.

You may be asking yourself: “Why is there a weird picture of a tree instead of Isokelekel?” Simple. He committed suicide by bending a tree, tying one end of a rope to the tree and the other to his penis, and then launching his severed member into the air. (Unsurprisingly, he bled to death afterwards.) 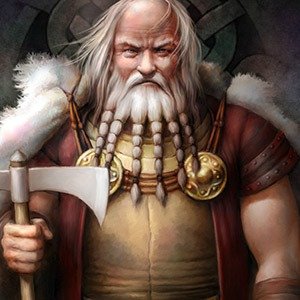 Along with his brother Horsa, with whom he had many of his adventures, Hengist is said to have been the leader of the first Anglo-Saxon settlers in Britain. Arriving sometime in the 5th century, he was most likely brought to the country as a mercenary, paid to protect the land from invaders from the north. The legend says that he was descended from Wōden, a Germanic deity similar to the Norse god Odin, though many scholars believe he was actually based on a real person.

After successfully defending Britain for a number of years, Hengist eventually founded the Kingdom of Kent, which traces the name of its royal house from his son Oeric, who took over after Hengist’s death. Celebrated by the English for centuries, Hengist was even popular amongst the founders of America; Thomas Jefferson, while helping design the official seal of the United States, proposed having Hengist and Horsa on the reverse, proud to have descended from them. 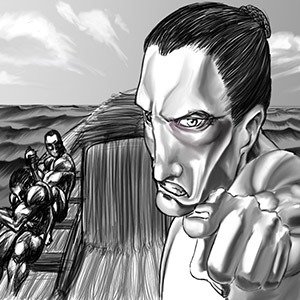 Hotu Matu’a was a Polynesian king who allegedly came to Easter Island sometime between 300 AD and 800 AD. He was said to have been fleeing his original homeland after having lost a war, possibly at the hands of his own brother, and his destination was supplied by a prophetic dream that his tattooer had. So they built two canoes, loaded them up with people and supplies, and set out for Easter Island, which had been scouted by six men handpicked by Hotu Matu’a. The canoes were most likely some version of an hōkūleʻa, which is a double-hulled canoe.

Once they arrived, the island was divided up into various sections by clans, which were derived from Hotu Matu’a’s sons, and Easter Island was born. Eventually, a new group of settlers, known as “long-ears” (or “stout”, depending on the translation), came to the island and attempted to enslave Hotu Matu’a’s people but they were all killed. (Some scholars believe they may have come from South America, as the Incas had a tradition of earlobe lengthening.) 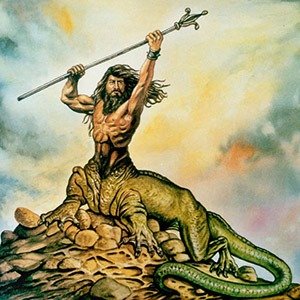 A mythical king, who was said to be a half-man, half-serpent, Cecrops was the founder and first ruler of the great city of Athens. He was also the first human to honor Athena with sacrifices, which prompted the goddess to claim the city as her own. Poseidon disputed her argument and the two of them were brought in front of Cecrops in order to hold a contest to see which deity would win the city.

Poseidon went first and struck the ground with his trident, producing a massive sea called Erektheis. The people rejoiced at the sight but recoiled when they discovered it was salty water, as Poseidon only had dominion over sea water. (A few others, such as the Titan goddess Tethys, were in charge of the fresh water.) Athena produced an olive tree, which provided food, as well as oil, and she was declared the winner. Later, Cecrops introduced a number of things to the people of Athens, including writing, burial practices and the abolition of human sacrifice. 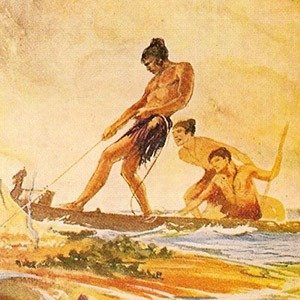 Purported to be a demigod, Māui is celebrated in New Zealand as a literal founder of the island chain; he actually fished the North Island out of the sea. (In the Māori language, the island is known as Te Ika a Māui, which translates as “Māui’s fish”.) In addition to his fishing skills, he also created the South Island out of his canoe. Restraining the Sun, in order to make the day longer and make it easier for people to work, was one of Māui’s greatest feats.

As is common with many ancient cultural heroes, he was also responsible for bringing fire to the Māori people. However, Māui was also at fault, as he extinguished all the flames in the country in the first place. Angered at her son’s insolence, Māui’s mother made him travel to the underworld and visit Mahuika, the guardian of fire, in order to retrieve more for the humans. However, the process was arduous and nearly ended with the entire planet engulfed in eternal flame. The other gods extinguished the fires and Mahuika threw sparks into various trees, ensuring the people could create flame whenever they needed to. 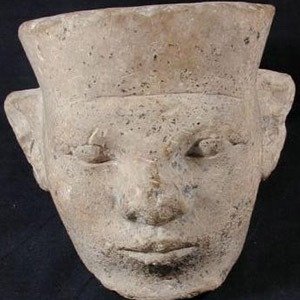 Said to have lived sometime in the 29th century B.C., Menes was an Egyptian pharaoh, credited with successfully uniting Upper and Lower Egypt, thus beginning the First Dynasty. He also was said to have introduced the practice of worship and sacrifice to the Egyptians, as well as creating a more luxurious lifestyle for the people, something for which he was shamed by later pharaohs. (Some sources also credit him with the invention of writing.) The ancient city of Memphis was built under his guidance and served as the capital of Egypt for hundreds of years.

After he nearly drowned in Lake Moeris and was saved from death by a crocodile, Menes built the city of Crocodilopolis, where the worship of the crocodile god Sobek was later centralized. A strong warrior and brilliant politician, Menes survived the numerous battles it took to unify his country, only to be killed by a hippopotamus at the age of 62. 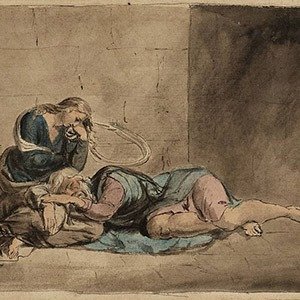 Best known from his depiction in William Shakespeare’s play “King Lear”, the first written evidence of this ancient English monarch actually comes from Geoffrey of Monmouth, a 12th century bishop who wrote a book about the English royalty. Purported to have ruled in the 8th century B.C., Leir was unlucky enough not to produce any male heirs, so he decided to split up the kingdom between his three daughters. (His daughter Cordelia, after offending her father through supposed ungrateful behavior, was given no land.)

Unfortunately, the men who married Leir’s other two daughters proved to be evil men and they seized the entirety of the kingdom, forcing Leir into exile. Eventually, the rightful king, with help from Cordelia and some others, invaded Britain and reclaimed the throne. Along with having one of the longest reigns of the ancient English kings, Leir was also credited by Geoffrey with having founded the city of Leicester. 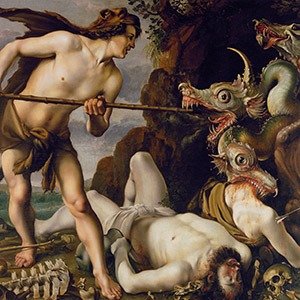 The brother of Europa, one of Zeus’ many sexual conquests, Cadmus was sent out to look for his kidnapped sister, told by his father never to return if he couldn’t find her. He was never able to do and he, along with two brothers, was forced into exile. After his two brothers founded their own cities, Cadmus spoke to the Oracle at Delphi, who told him to follow a specific cow and build a city wherever it stopped. That spot is where he was said to have built the city of Thebes, his greatest credited accomplishment. (He’s also believed to have introduced writing to the Greeks, which was adapted from the Phoenicians.)

After founding his city, Cadmus had a variety of adventures including the gifting of the goddess Harmonia as his wife (who received a cursed necklace as a bridal gift) and killing the sacred dragon of the Castalian Spring. Upon killing the dragon (a serpent in some versions), Cadmus was prophesied to become one himself, which was his and his wife’s fate. However, Zeus took pity on them and whisked them away to the Elysian Fields, a sort of Greek heaven. 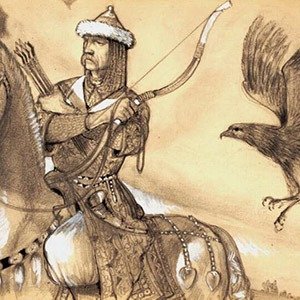 Believed to be the first king of the tribes of the land that is now Hungary, Álmos was said to be a descendant of Attila the Hun. (His reign is placed in the 9th century.) His future seemed to be set even before he was born, as his mother had a dream while pregnant in which a hawk came down and impregnated her; the vision also included a prophecy that Álmos would be the first in a line of great kings. (His name either derives from the word for dream or holy.)

Extremely tall and handsome, Álmos was also kind and benevolent, making his election by the seven tribes much easier. As king, he led them on numerous conquests, taking lands throughout Europe, including parts of Russia. His death occurred just before the Hungarian’s entrance into the land of Pannonia; the exact circumstances differ but most versions agree that he was ritually murdered (perhaps willingly) by his son Árpád, who became king afterwards. 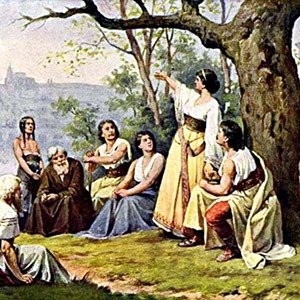 One of only a handful of cultural heroines, Libuše was said to be the daughter of a near-mythical ruler named Krok and his Elven lover. Gifted with the power of prophecy, as well as being the wisest of her siblings, she was chosen to succeed her father as leader of the Czech people. However, a large amount of the male population disapproved of having a female in charge and demanded that Libuše find a man to take over.

She ended up foretelling the discovery of a farmer named Přemysl, a man who later became her husband, and prophesied that he would be their new leader. In addition, she also had a vision in which she told her officials to found a new city where they found someone making the best use of his teeth. They eventually found a man sawing wood while everyone else was eating. When they asked him what he was making he responded with the word “prah”, which means “threshold”. On that spot, they founded the future city of Prague, which became the capital of Libuše’s kingdom.